How’s this for record-setting father-son fishing trip. Ron Jarvis and his 19-year-old son, Paul, made the trek from Atlanta to British Columbia’s Fraser River and caught one of the largest white sturgeon ever snagged in the region.  At 11 feet 10 inches long and with a 56-inch girth, the fish was estimated to weigh more than 880 pounds.

It took the 6-foot-3, 250 pound university student more than a hour – and some help from Great River Fishing Adventures‘ lead guide – to land the fish on June 12.

“In the first few minutes I had it on the line I couldn’t believe the weight and power of the fish. I am a big guy and I could barely hold on to the rod let alone begin to reel the fish,” Paul said in a statement.  “Managing that fish became a true father and son challenge. As I battled the fish my dad handed me water to keep hydrated and he even held on to my fighting belt and harness. When I saw that head come out of the water it was massive.” 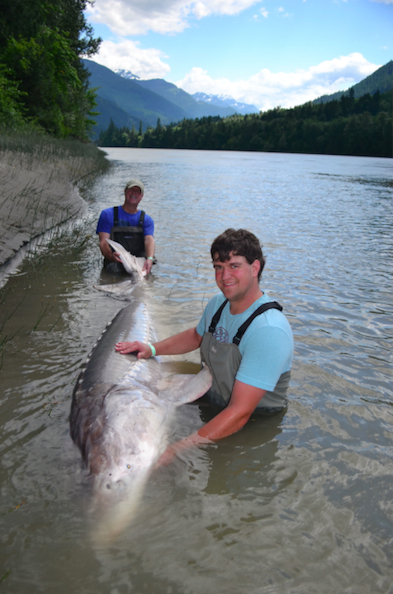 The fish – a so-called virgin sturgeon –  had never been tagged and it is the fourth giant sturgeon caught in the river over the past two years. In July, 2012 the outfitter made worldwide news when some British tourists hooked a 12-foot four-inch sturgeon on the Fraser River. The outfitter’s owner, Dean Werk, has been among the crew for all of the recent “monster fish.”

“It is proof that our conservation efforts are successful and that this is a sustainable fishery, as we have seen an increase in population for the past two years,” he said in a statement.

The Jarvis family’s fish was tagged and released as part of ongoing conservation initiatives in the region. 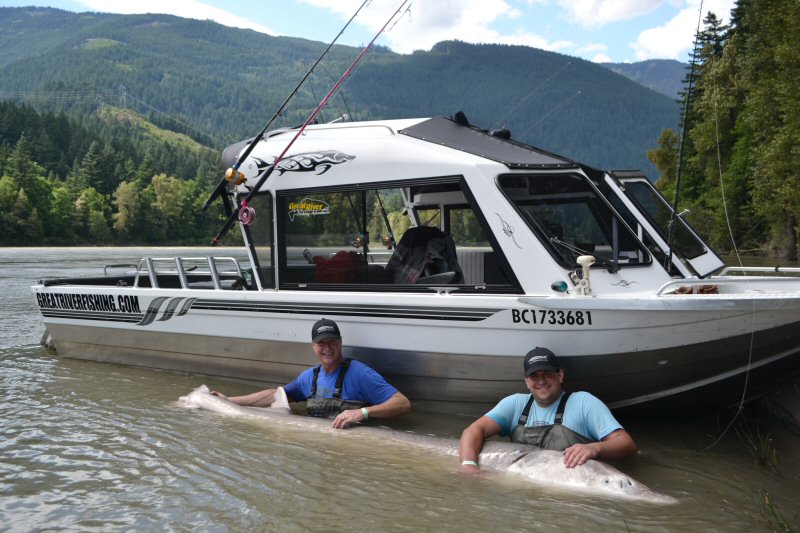