A San Diego family is suing Petco after their ten-year-old boy died from rat bite fever.

He was such a good care taker and so loving…The dilemma is that taking care of the rat and wanting her to have a family ultimately lead to him dying.”

Sharon Pankey said she took her grandson to the pet store on Memorial Day to buy a companion for his pet rat Oreo. The family believes that the boy developed “flu-like symptoms” two weeks after buying the male rate. Forty-eight hours later, Aiden Pankey was dead.

I put him to bed after a day at the doctor’s office and the next thing I knew it just was too late.”

The family said they didn’t know what Aiden died from at first. But soon after he got sick, he couldn’t speak and was unstable on his feet. Aiden then collapsed on the floor, his breathing shallow. 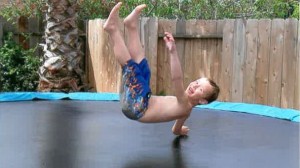 The San Diego Medical Examiner’s office said in a report issued to ABC News that “despite aggressive resuscitative efforts, death was pronounced.”

The medical examiner reportedly confirmed to the family that Pankey had died from the infectious disease.

Hamilton Arendsen, the family’s lawyer, told ABC News that his client is suing Petco for failing to have sufficient procedures in place to prevent incidents like this to occur.

We are deeply saddened by the Pankey family’s tragic loss…The health and safety of people and pets is always our top priority and we take the family’s concerns very seriously. We are investigating the claims and will respond when we have more information.” 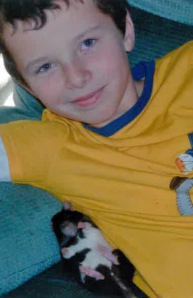 The boy’s family is suing Petco for strict liability and negligence and will be seeking compensatory and punitive damages, the lawyer said.

Rat-bite fever can caused by two different bacteria and when not treated can be serious or even fatal disease, according to the CDC’s website. The disease is usually passed on from infected rodents or consumption of contaminated food or water.