Mounties run into some tough characters on the job.

Though, not usually this tough. Unless of course, you’re on patrol in Churchill, Manitoba, which is generally considered the polar bear capital of the world.

That’s where an RCMP got a little too close for comfort today with one curious bear, which clamoured on the back of a police car.

Objects in mirror are closer than they appear! Just a typical #rcmpmb patrol in Churchill during Polar Bear season. #MBMonday pic.twitter.com/qNfBqgC37E

Visitors flock to the northern Canadian community on the western shore of Hudson Bay to catch a glimpse of the polar bears, which roam freely in the area.There’s even a polar bear jail in the town, where wayward bears are sometimes taken to cool their heels. 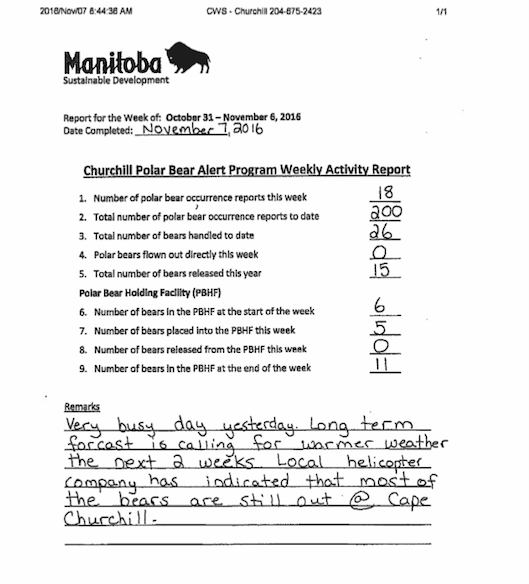