It’s a miracle that K-9 officer Lucas suffered only some minor injuries. That after the Belgian Malinois is being credited with saving his handler’s  life during a late-night ambush on a Mississippi Highway last week.

Deputy Todd Frazier of the Hancock County Sheriff’s Department was on patrol in Pearlington when he spotted a car at a rest stop; the driver didn’t appear to be moving. But when Frazier stopped to investigate, two people jumped the deputy. Officials said Frazier could have been killed.

“One cut him across the forehead with a razor, one choked him, and one grabbed his legs to carry him to the edge of the woods,” Sheriff Ricky Adam of the Hancock County Sheriff’s Department told ABC News.

Somehow, Frazier managed to hit a button on his belt to release Lucas from his car, Adam said.

Lucas jumped into action, bit the attackers, and was still hanging onto the leg of one of the man as the suspects drove away. Both human and canine officers suffered minor injuries.

“We have received numerous calls and messages with concerns on how Canine Lucas is doing,” the sheriff’s office wrote on Facebook this week. “While Canine Lucas suffered a torn ligament, some broken teeth and road rash, we are happy to report that though he is still recovering, he is expected to be fine. We want everyone to know that we truly appreciate all of the thoughts and prayers.”

“First we would like to thank everyone for their concerns and support. We have received several inquires as to how people can help our canines through donations. The Sheriff’s Office Canine Division operates primarily off of donations. The Hancock County Canine Foundation is a 501 (c)(3) that you can make donations to. All of the funds are used to support and supply the canines in an effort to make their jobs safer, more comfortable and effective.” 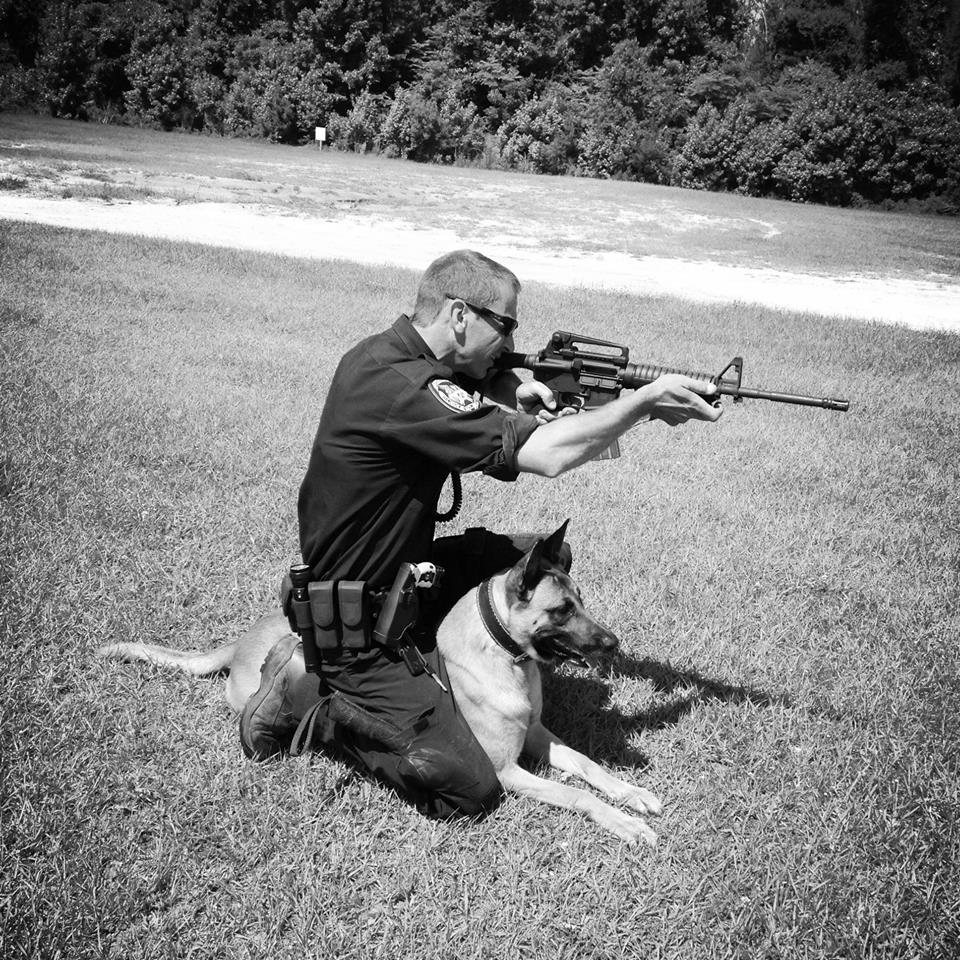 The suspects are still on the run. Officials are asking for the public’s help to crack the case. Frazier and Lucas haven’t returned to work, but are expected to fully recover from the ordeal. 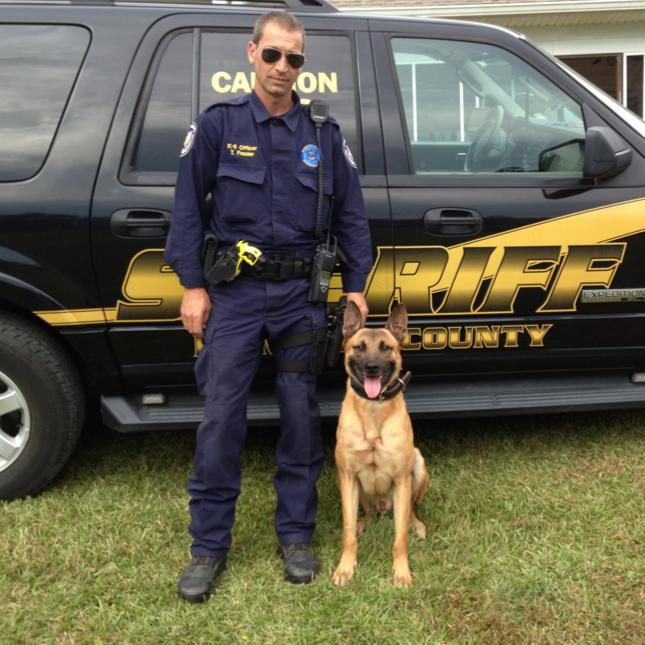 K9 officer Lucas is being hailed as hero. 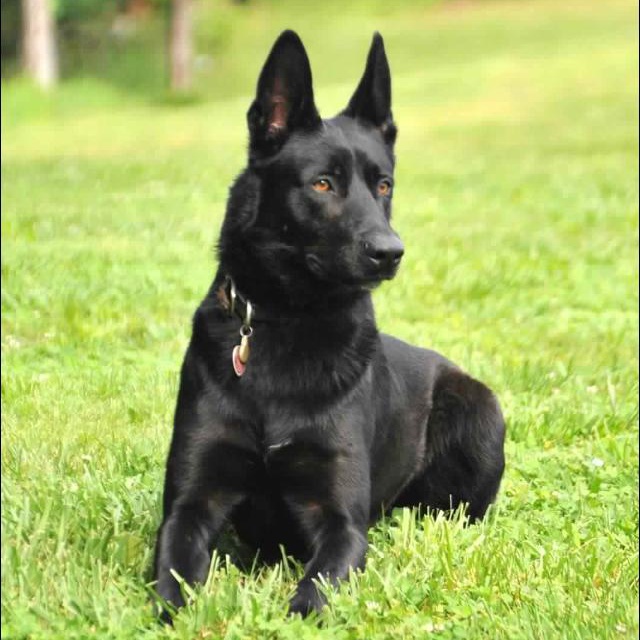