iThemba was pregnant when poachers shot her in the head and hacked away her horn in KwaZulu-Natal in South Africa over the summer.

They had already killed and de-horned her 5-year-old bull calf. But iThemba somehow survived. Veterinarians found her, did their best to shield the damage done to her head and nurse her back to health. But the stress of the attack likely caused her to abort her calf. Now, officials with Saving the Survivors, report that the 12-year-old rhinoceros has died.

“Very very sad news today. Brave iThemba passed away. We are utterly devastated …. Another rhino who lost her life to this senseless poaching scourge – and worst of all she will not even be a statistic…….will this ever end? RIP big girl your little boy is waiting for you.” 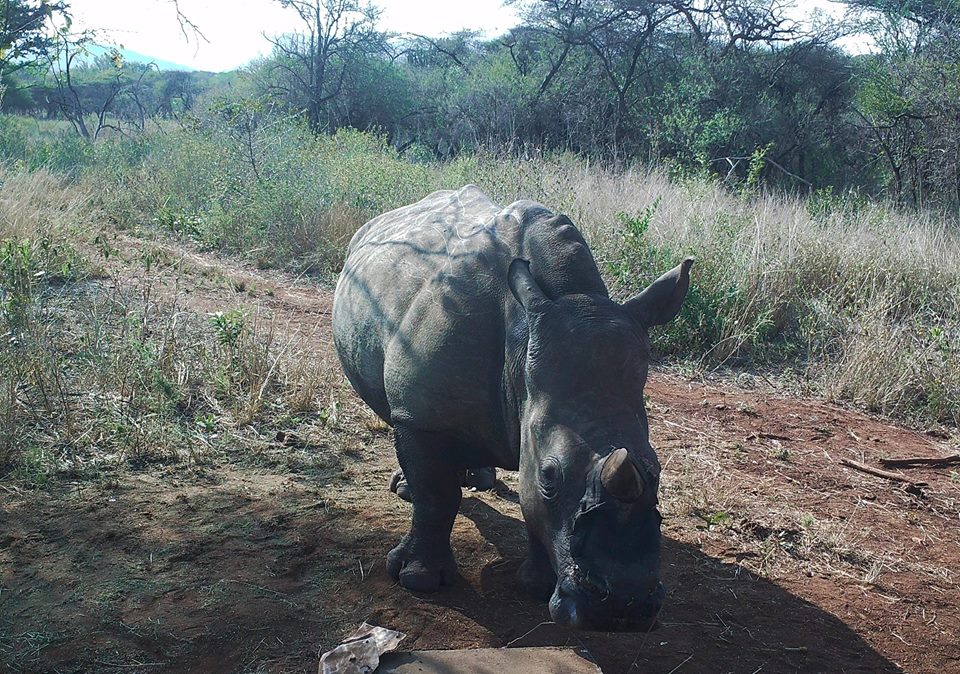 Animal lovers took extraordinary steps to help iThemba. First, they procured elephant skin from an animal that died of natural causes. It was used to create a shield. Once intact, iThemba was able to graze and seemed comfortable.

But then she aborted her calf. Still her wildlife reserve’s manager noted:

“iThemba continues to amaze us. She is still comfortable around us and as you can see, has a healthy appetite despite having just gone through another traumatic experience. We think that a good name for the baby is “Hopeful” – hopeful that we will learn from this situation, hopeful that his death will stand and be counted for something, hopeful that we will get this awful situation with our Rhino under control.” 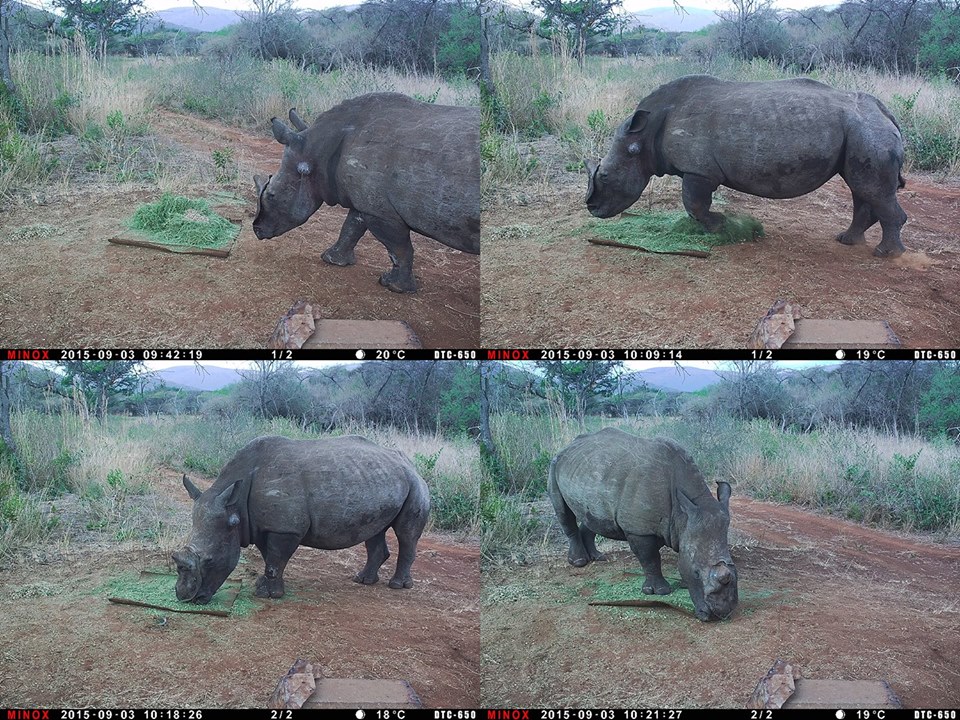 Her condition continued to improve.

iThemba Update***iThemba Update courtesy of Stroop – die film***The Reserve Manager sent through this video of iThemba where it’s clear to see her Elephant leather cover is coming off. This is her second elephant leather wound protecting cover, and it’s actually stayed on for quite a while… well compared to Hope! “Mike Toft was here today to quickly evaluate – he is very happy with what he saw. She will be darted during the coming week.” – iThemba’s Reserve Manager Posted by Saving The Survivors on Tuesday, September 15, 2015

Saving the Survivors – iThemba 7 September 2015***iThemba update from Saving the Survivors***This video was captured yesterday of iThemba. She seems to be doing well and certainly loves her lucern. The shield is holding nicely which we are pleased about. The more we learn about rhino the more we realise how resilient they are in the face of adversity.Keep going girl <3#rhino #savingthesurvivors #iThemba Posted by Saving The Survivors on Monday, September 7, 2015

Despite reasons to be optimistic, over the weekend, her health took a turn for the worse.

The shield had lifted. She was also being harassed by flies in the extreme heat and her second horn was riddled with maggots. The vet suspects a blood clot or heart attack took her down.

Animal lovers around the world had been watching her progress were devastated to learn the news.  One of them, Natalie Slack, created this in her memory. 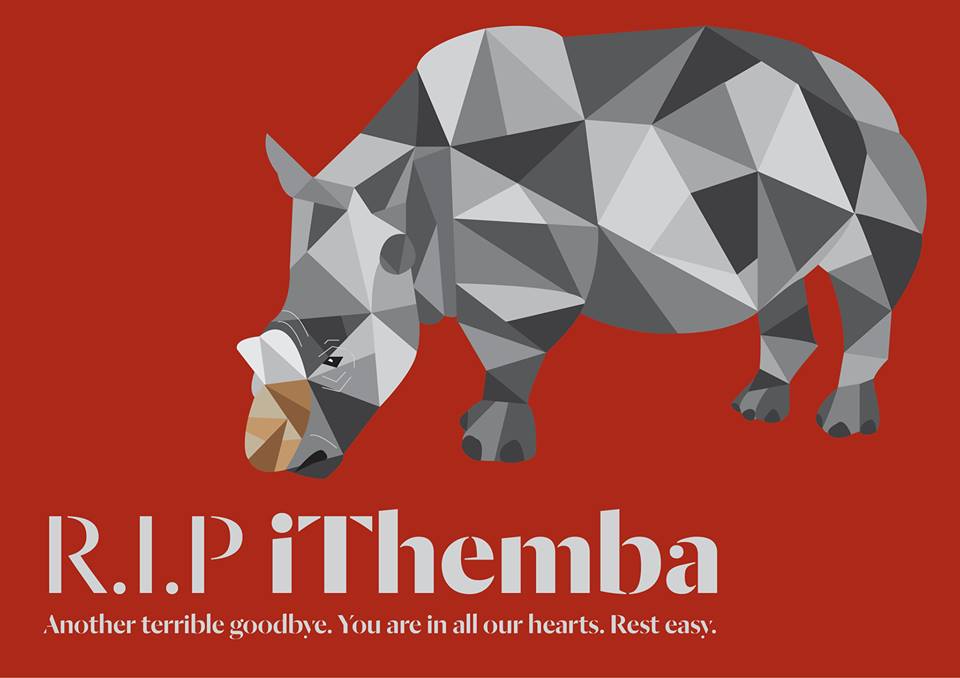 “I made this as a tribute to iThemba!” Slack wrote. “May she rest in peace. She’s in a better place now. So heart broken that another beautiful rhino has been lost due to poaching – and the worst thing is she doesn’t even make the statistic.”