Still in the land of Oz. What to give the new British royal princess? Well the Australian people debate about tea towels emblazoned with snapping crocodiles, a onesie with a shrimp on it and opted instead to make a donation to possums.

Prime Minister Tony Abbott announced the gift of $10,000 (Aus) will be made as a donation in the royal baby’s name as the official present from Australia.

The princess, whose name is Charlotte Elizabeth Diana, will also receive a blanket made from Tasmanian merino wool.

The $10,000 donation will also be made to honour the birth to the Healesville Sanctuary in Victoria to support its work conserving the Australian Mountain Pygmy-possum. The prime minister said in a statement:

“I hope one day the princess can visit Australia and hold a Mountain Pygmy-possum herself.

When the princess older brother George was born, the Australian government gave a $10,000 donation to Taronga Zoo’s bilby preservation program and received a free pass to the zoo.

The bilby looks a bit like a combination between a rat and a rabbit. The desert-dwelling omnivore marsupial is actually a member of the rabbit family. 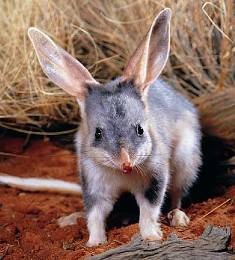 The free pass was used last year when the Duke and Duchess of Cambridge brought Prince George to Australia where they visited the Taronga Zoo.

George was given a plush bilby as a gift during that visit. But the encounter wasn’t ideal.

The toddler stared at the bilby then as photographers snapped pictures, the royal heir to the throne stared at the critter then threw it to the ground.