Team Trump is facing a two front lashing from cats of the internet.

Google Chrome has added an extension to its brewer for those who are sick of seeing pictures of Donald Trump. It’s “Make America Kittens Again” extension automatically detects images of Donald Trump on the web and swaps them out for photos of kittens 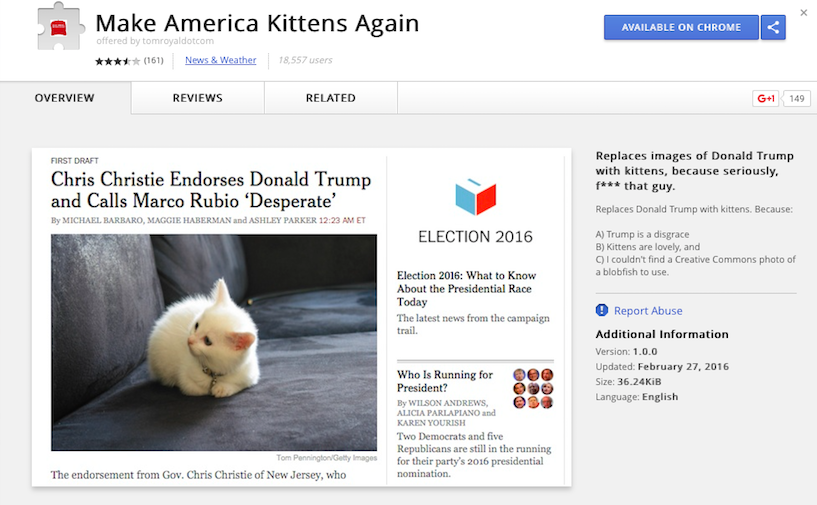 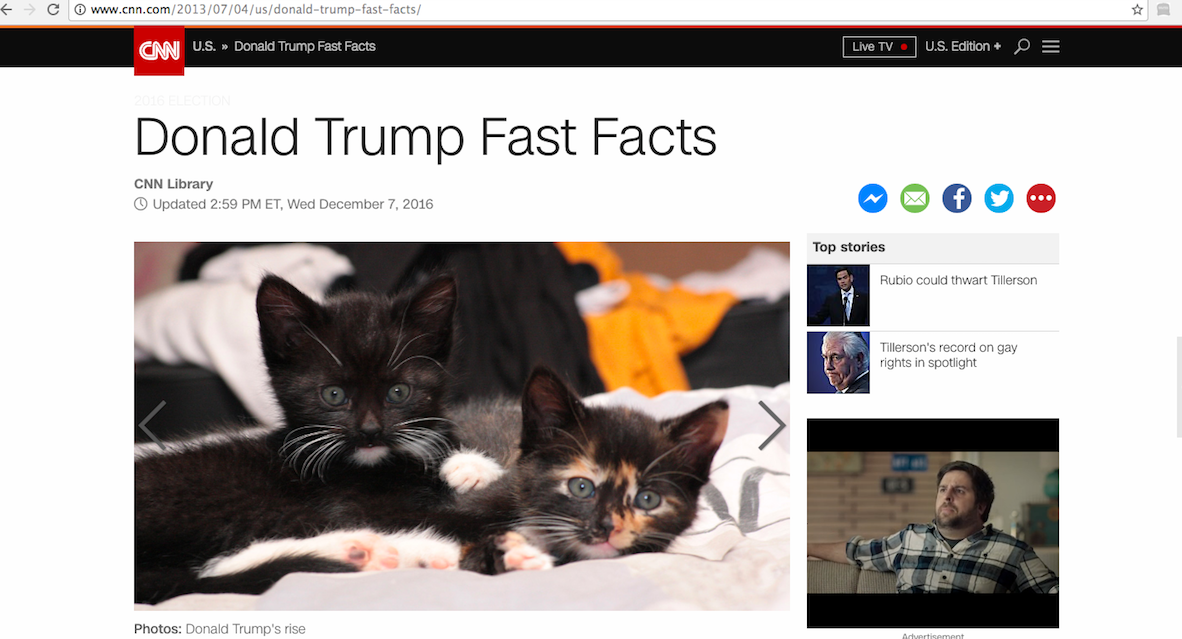 Kellyanne Conway is under attack for choosing between a job in the Trump administration or staying at home with her four children, all under the age of 12.

Conway told Fox Business she’s being judged for her politics, not her motherhood. But in doing so, essentially slammed crazy cat ladies.

The backstory stems from some confusion, and at least one misleading headline, about what Conway told a Politco event. Conway suggested she might not take a job in the White House because of her children, but that some men have told her that they wouldn’t want their wives taking such a demanding job while there were still kids at home.

But it hasn’t stopped the Twitter backlash, or rather clawing.

Cats of the internet, meet Kellyanne. Kellyanne, meet the end of your disgusting career. #CatsJudgingKellyanne pic.twitter.com/MHmXGq4x3j

#catsjudgingkellyanne I think KellyAnne underestimated the endless cat gifs on the internet. pic.twitter.com/VQztRpfRV5

#CatsJudgingKellyAnne you spew nonsense the way I cough up furballs pic.twitter.com/MDPUzsLBLl

Kellyanne tried to throw cats in the pool today, but it didn’t work out so well for her. 😹 #CatsJudgingKellyanne pic.twitter.com/r0AIzGHMeF

.@KellyannePolls is one of the most vile people on the planet, no wonder there are #CatsJudgingKellyanne pic.twitter.com/Jd4ZnPHoR2