Meghan LaPlante was pulling up lobster traps over the weekend when she discovered a gem, a sapphire really, hidden among her haul. The 14-year-old girl from Old Orchard Beach, Maine (who has a student-commercial fishing licence and 150 traps) caught a rare, blue lobster.

“I knew that it was definitely rare, but I actually have never seen any other unordinary lobster,” LaPlante told the Boston Globe.

The University of Maine’s Lobster Institute notes that a catch like this is unusual.

“According to oceanographers, only an estimated one in two million lobsters is blue. The coloration comes from a genetic defect that causes the lobster to produce an excessive amount of a particular protein that gives the lobster that unique coloration.”

Lobsters can also be red (uncooked), yellow, orange, calico or split orange and brown. All of those are rare. But the rarest of them all is a crystal, or albino lobster. There are perhaps one in 100 million of those. So, while Meghan’s catch is rare, it’s hardly a white whale.

On Tuesday afternoon, the lobster, which named “Skyler” will be headed to the Maine State Aquarium.

Meghan said on Facebook page, Miss Meghan’s Lobster Catch, that she didn’t realize the catch of a rare blue lobster would grab such worldwide attention: “I want to thank all of my loyal customers, and especially my Mom, Dad, and my younger brother Zachary.” 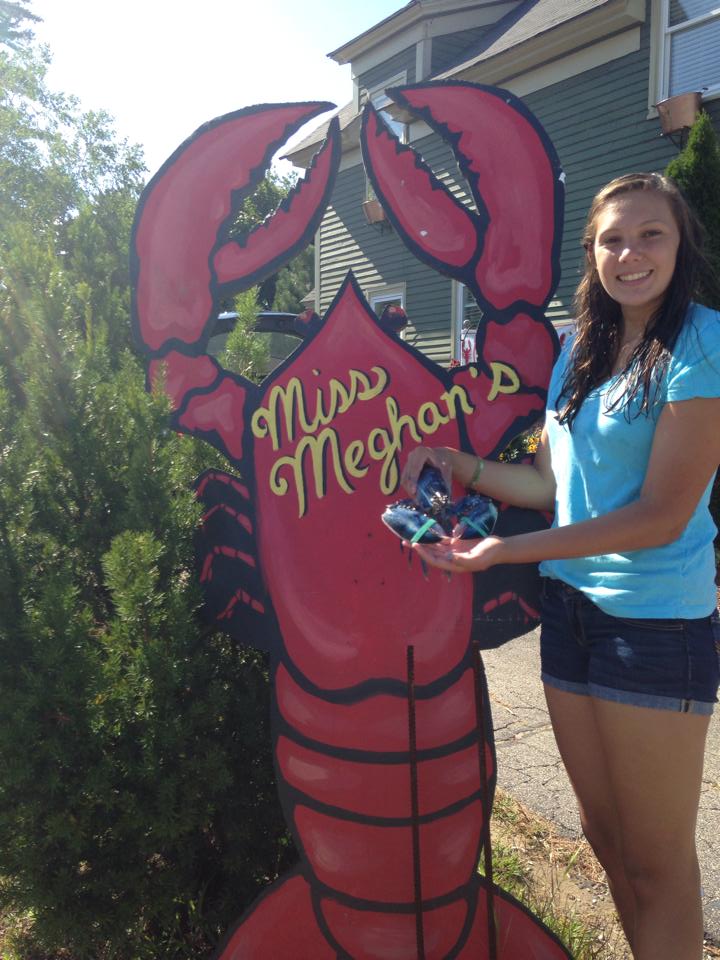