A young buck is doubly lucky.

The white-tailed deer was likely fleeing from predators last Thursday when it scrambled onto the frozen Duck Lake, north of Kelowna, B.C.

Provincial conservation officers found the animal stranded on the ice, which was only two-inches thick in some spots, around 8:30 a.m. on Dec. 12, according to Global News.

Conservation officer Ed Seitz, who was honoured last year with Peace Officer Exemplary Service Medal for 20 years of service, told CBC News the deer was about 250 metres from shore. He and another officer pushed a flat bottom boat out towards the deer. 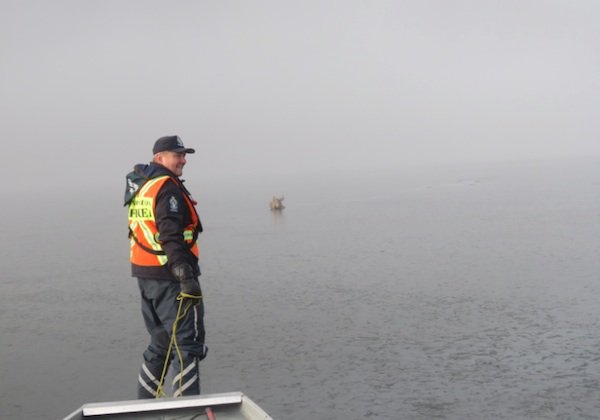 Then, they shot the deer with a tranquilizer dart. 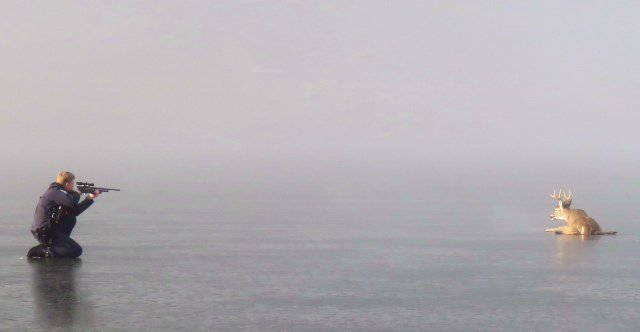 The deer was placed in the boat and taken safely to shore. 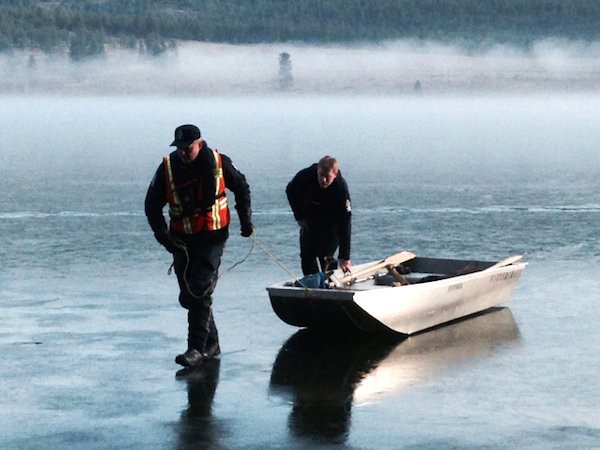 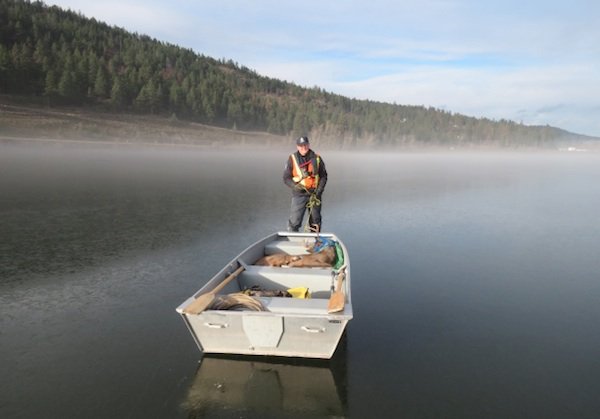 Seitz said the animal would have otherwise been doomed.

“The hypothermia would have taken over and exhaustion and fatigue,” he told CBC. “And, that is when probably at nightfall, the coyotes would have made their way out there, because it is pretty easy travelling for them, so they would have basically had the deer at an advantage.”

Conservation officer Ken Owens told The Huffington Post that calls from the public allowed officers to act quickly and save the deer. Once the animal recovered from the ordeal – and was back on solid ground – it was released into the wilderness.