Corey Knowlton has been outted as the man who paid $350,000 at auction for the opportunity to kill a black rhinoceros. The self-described hunting consultant, who made the winning bid earlier this month at the Dallas Safari Club for a permit from Namibia to travel to the southern African nation and shoot a rhino under the auspices of a so-called conservation hunt. Now, Knowlton is under fire himself.

Comments by the thousands have been logged on social media, including violent and vitriolic posts to his Facebook page.

“I wish we could auction off the right to kill you and yours,” wrote one man.

“You and the other hunters like you make me sick,” wrote another.

Knowlton is shooting back.

“Thank you all for your comments about conservation and the current situation regarding the Black Rhino,” he wrote on Facebook. “I am considering all sides and concerns involved in this unique situation. Please don’t rush to judgment with emotionally driven criticism towards individuals on either sides of this issue. I deeply care about all of the inhabitants of this planet and I am looking forward to more educated discussion regarding the ongoing conservation effort for the Black Rhino.”

Knowlton, who is co-Host of Jim Shockey’s The Professionals and has boasted about trekking around the world to shoot a variety of animals, appeared this week on CNN’s Piers Morgan Live. 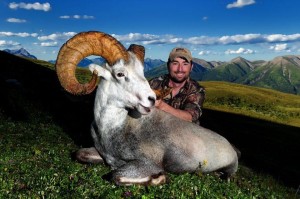 The Namibian government has identified a few black rhinos that can be hunted, according to Knowlton. The animals are old, not capable of breeding and are considered a danger to other younger animals.

Bob Barker, a former game show host and long-time advocate for animal rights, wrote an open letter to the Dallas Safari Club to share his outrage.

“There are only about 5,000 black rhinos still alive in Africa. What kind of message does it send when we put a $1 million bounty on one of their heads? These animals are endangered for that very reason: money. What makes you any better than the poachers who kill rhinos to feed their families? At least, they are honest about their less noble motives. You try to dress up greed under the guise of ‘conservation.'”

“If you want someone’s head to go on a wall, pick mine. I will happily send you an autographed photo to auction off instead. My mug may not fetch as much money as that of a dead rhino, but at least we’ll all live to enjoy another sunrise in our sunset years,” Barker wrote.

Knowlton told CNN he wants to preserve the black rhino’s hide and donate the meat to needy communities in Namibia. Meanwhile, the Dallas Safari Club is touting the auction as a conservation measure.

All proceeds—100 percent—will go into a special fund used by the Namibian Ministry of Environment and Tourism for anti-poaching patrols, habitat protection, research and other measures crucial for protecting populations of endangered black rhinos,” according to a press release.