We have told you before about the work being done by Saving the Survivors. We continue to be amazed. Here is yet another miracle thanks to the non-profit organization that saves rhinos from poachers and rehabilitates them from other traumatic incidents. Work is largely focused in Mpumalanga, Limpopo and the Northern Cape. And, this weekend saw another horrific case of an animal attacked for its horn.

Believe it or not this is a rhinoceros. This is what poachers did to it in Cape province. 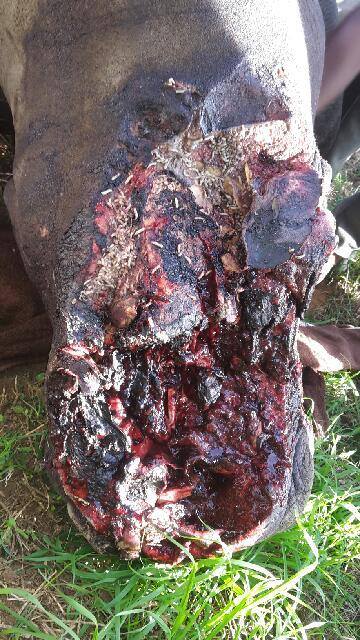 “She is alive,” the group noted on Facebook. “Another rhino disfigured by the human race in Cape Province. The Saving the Survivors team are flying there tonight to go and treat her and hopefully save her life!!  Sorry for the graphic nature of the photos, but people should start seeing what is being done to our rhino…and what we deal with on a daily basis!!”

Many answered the call for donations.

“She is alive!! and has been treated by the Saving the Survivors team this morning. We are cautiously optimistic and the next few days are absolutely crucial. She is far from out of the woods. We will give her time for a few more days when a media statement will be released.”

The group also thanked. everyone for their financial help.

“With out your donations this would not have been possible! Thank you so very much, to all that have donated to the Rhino crisis. Your funds not only allowed us to treat this rhino but other endangered wildlife and provide many bags of much needed milk for the rhino orphans. This specific Survivor has a long road of treatment ahead of her…..”

We will keep you up-to-date with how she recovers. 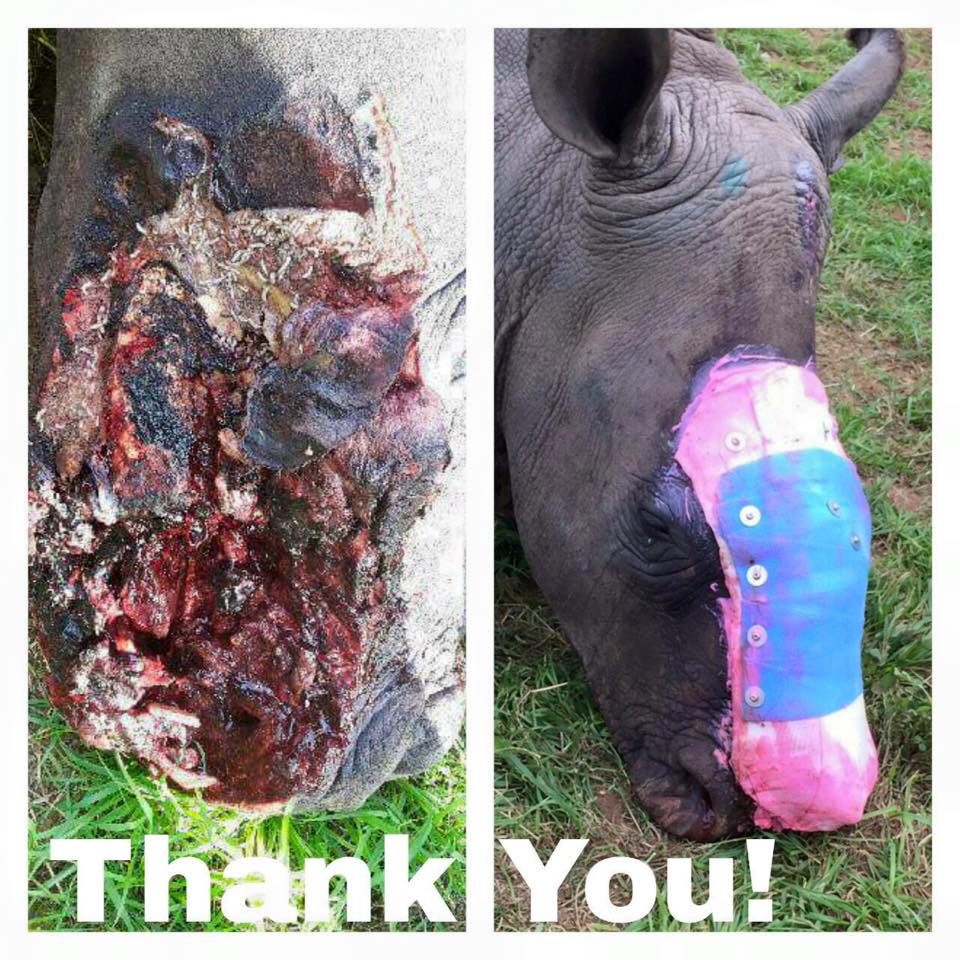 Poachers in South Africa killed 668 rhinos in 2012, another 1,004 in 2013 and by last year, 1,215 were slaughtered. Each was a record-breaking year. This year, according to Saving the Survivors, is on track to post another unenviable record.

“Our rhino girl’s condition remained stable throughout today. She seemed stronger and happier and much more comfortable. Her appetite seems to have improved.
She was moving her head around a lot more which is a great sign that her pain is being managed nicely. We were due to change the dressing tomorrow morning but we have decided to wait a bit longer to do this as we don’t want to agitate the wound while its still so new.
Everyday she is getting stronger which means she is a step closer to being out of danger. The next 5 days will be critical for her. She really is proving to be a rhino who wants to live. She is only four years old, if she comes through this, she has a long life ahead of her.” 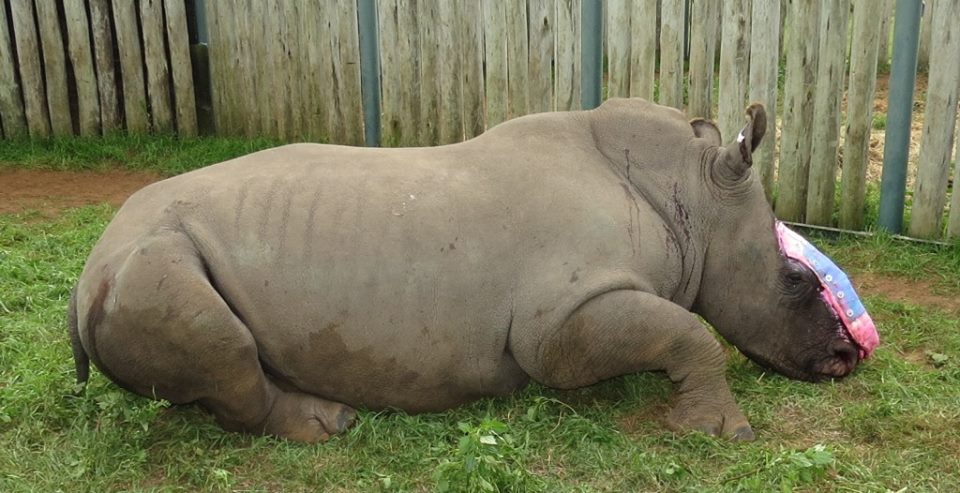 Fittingly, the rhino has now been named, Hope. And, she is doing pretty well. Here is the group’s May 26 update:

“Hope was quite active and alert today, moving about she seemed the happiest we have seen her since the surgery. Her appetite has increased and she was eating natural grass during the day and teff in the evening (supplement feed).
She has been rubbing her face shield on the walls a bit. Her breathing has remained consistent. There is a mucous discharge from her nostrils which is to be expected from the extent of the trauma. There was no limp today and the cut on the back leg is improving.
Overall we are happy with her condition and behaviour. The bandages on her face shield are starting to irritate her so we are trying to formulate a plan to remove the flapping pieces without upsetting her too much.
Our sincerest thanks to all from around the world…….it seems that everyone can speak the ‘International Language of Hope’! We have to say that we are extremely proud and grateful to everyone who is working with her around the clock. There is a ground team that feed, observe and care for her when our vets are not on scene – so a big thank you to them!! Hope’s recovery is a collective effort.” 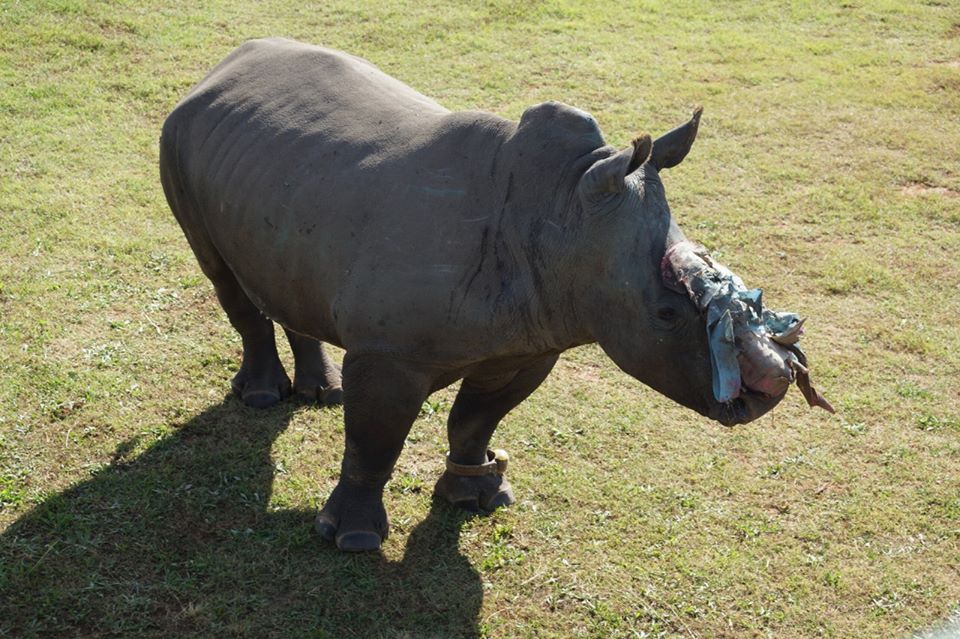 “10 days after her surgery and we took a bit of a knock. In treating wildlife setbacks are expected but never appreciated….
We had to dart her in order for us to tidy up the bandages that were irritating her and we needed to get close enough so we could check under the shield for infection and maggot infestation. Once she was fully sedated we could have a proper look at how the wound has responded to treatment.” 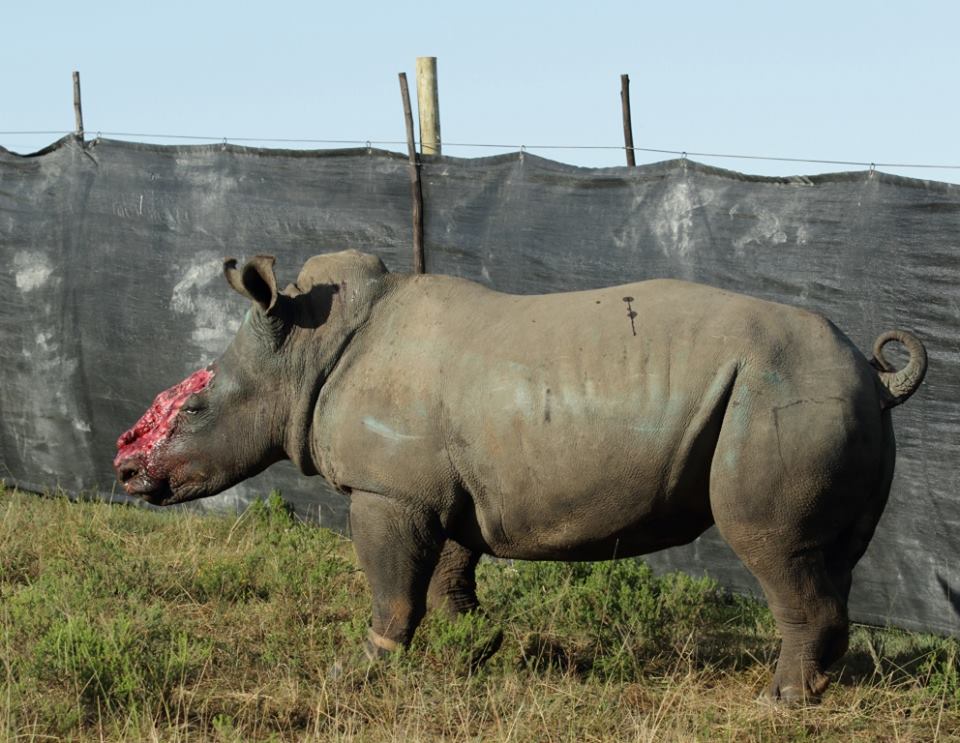 “The protective mask was damaged beyond repair and it was decided not to replace it during this procedure to give the anchor points a chance to strengthen again. Dr Joubert (Shamwari resident vet and first respondent to Hope when she was found) said he was very happy with how the wound looked when compared with 10 days ago. Her injuries are truly horrific but there is good evidence of the early stages of recovery through the formation of granulation tissue and improved blood supply to the affected area. Hope’s face, in spite of the amount of trauma she sustained, is beginning to heal. She still has a long, long road ahead.” 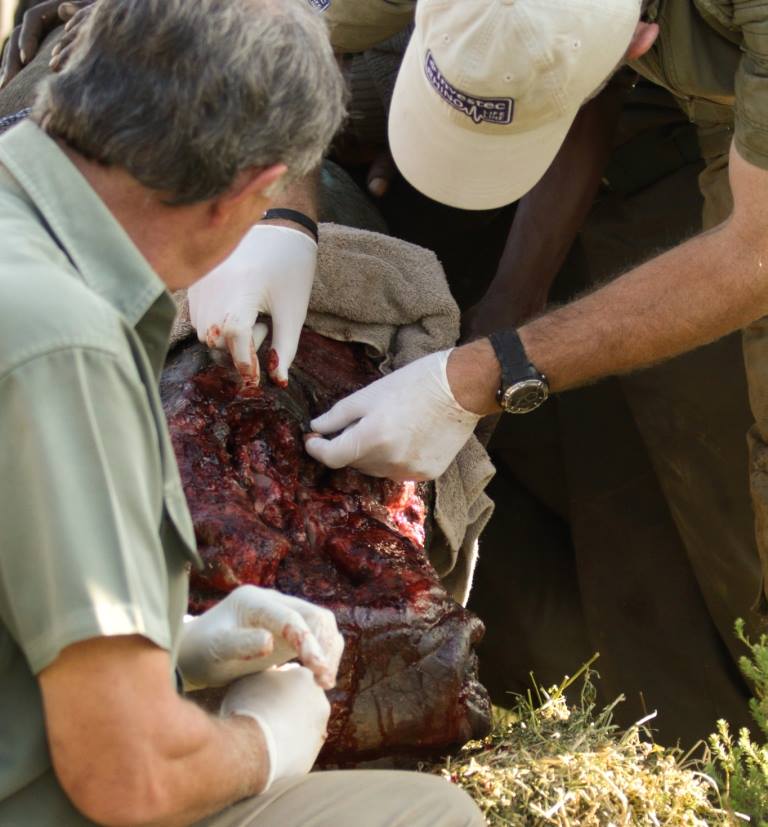 We had to make a decision on whether to place another shield over the wound but after we had a good look there was just not enough uncompromised bone for us to screw another face shield into place. So we have to leave the shield off for now. From experience with Thandi, her wound was left open and she made a remarkable recovery. So whilst we are worried about further trauma to the area, wildlife are incredibly resilient and more resistant to infection than domesticated animals like cows or horses. 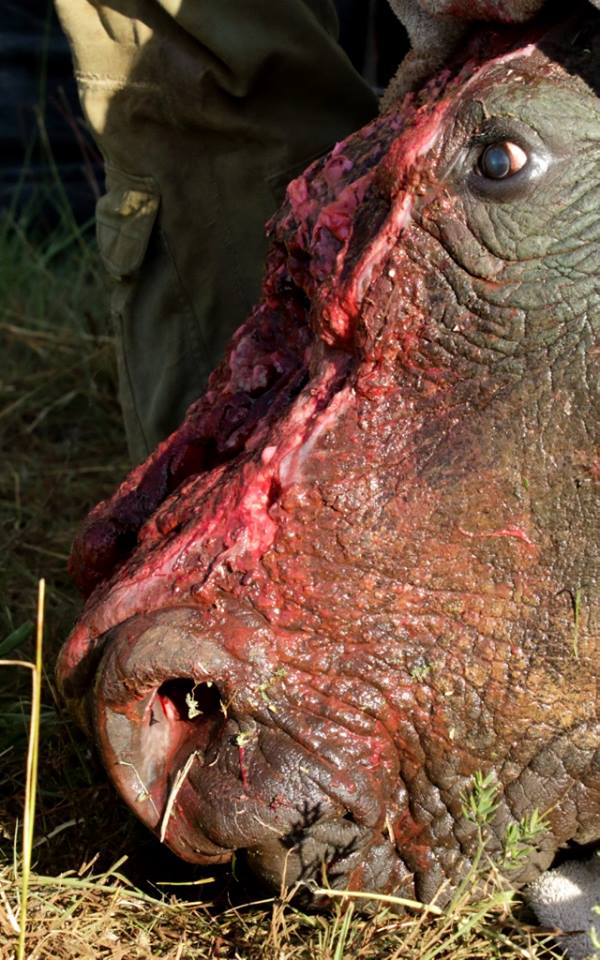 “Keep those positive thoughts coming. We will be watching her around the clock. ‘Where there is life there is Hope.'”