How rich do you gotta be to buy a Gold Apple Watch Edition?

Now the other question: how rich do you gotta be to buy two of these for your dog?

The answer, as exploded on the Internet, is too rich for your own good. 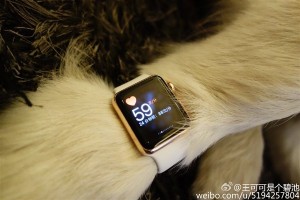 Wang’s dog looks somewhat perplexed as to the reason for his shiny ankle adornment, but bears the weight well nonetheless.

The set of five shots was uploaded to the dog’s personal Weibo account via an iPhone 6, which is presumably also plated with gold. The caption reads:

“I have new watches! I’m supposed to have four watches since I have four long legs…But that seems too tuhao so I kept it down to two, which totally fits my status. Do you have one?

Online social media sites, people are referring to this ostentatious display of wealth as Tuhao, a derogatory Chinese term that refers to people who are rich, but lack corresponding social graces. 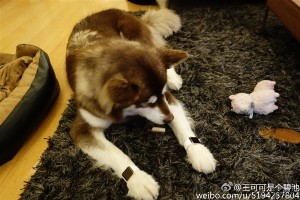 That’s a lot of Tuhao