A French photographer has embarked on a fascinating experiment.

Xavier Hubert-Brierre has set up huge mirrors in the African jungle of Gabon complete with remote cameras to capture the reactions of wild animals. And, as an added bonus he has posted his findings on YouTube for all of us to see.

The footage is just terrific. 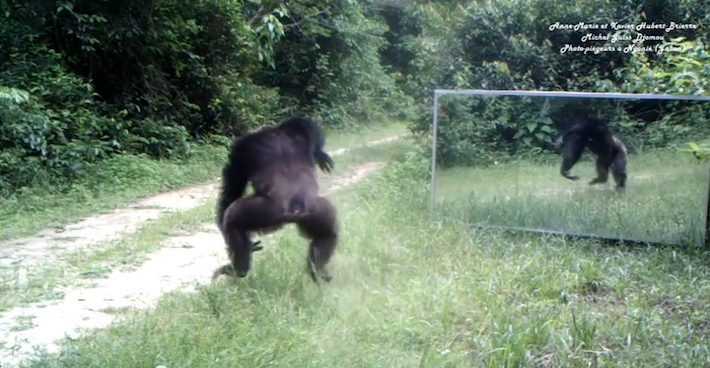 Are they strutting their stuff or attempting to frighten off perceived rivals?

The experiment has also captured the learning process. This baby chimp appears to be onto something. 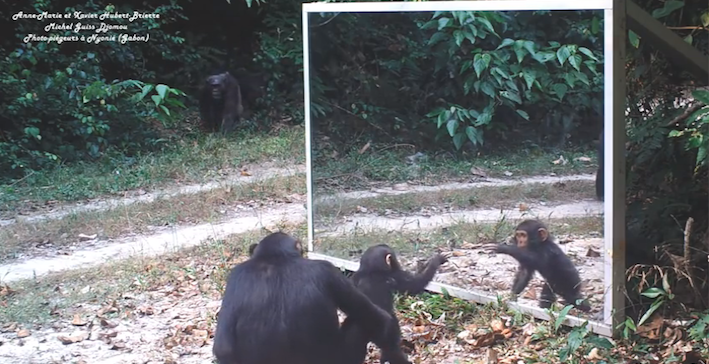 “This chimpanzee mother and baby seem much more advanced in learning the mirror. This child is curious and enterprising than other group members,” Hubert-Brierre notes.

In another video, the camera captures a leopard encountering an elephant family. 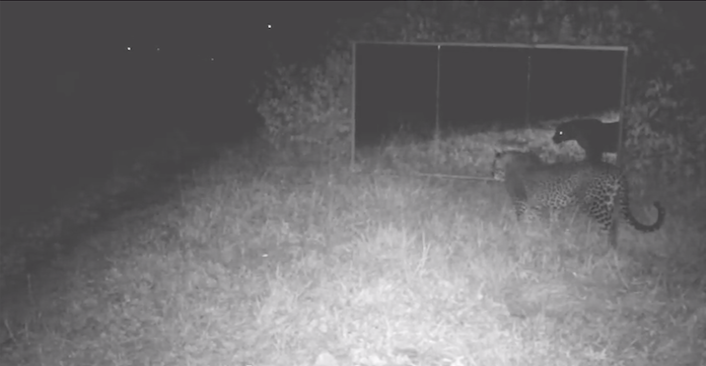 “A leopard spent the night in front of a giant mirror fixed on its hunting ground. An elephant family will disturb its rest. After a long face to face this family of elephants will turn back,” Hubert-Brierre wrote.

The cameras sometimes pick up animals doing what animals do; eating grass, wandering by. And, it’s just so very cool to see. 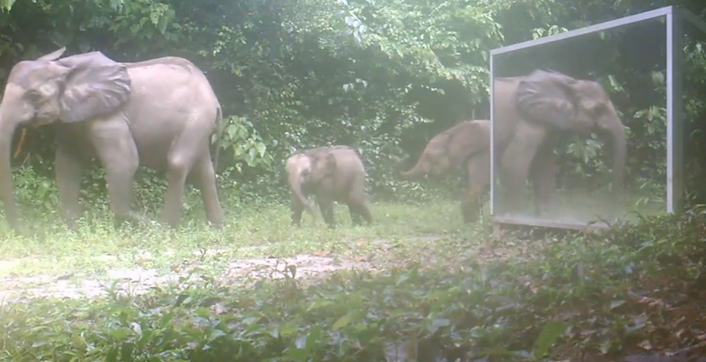 You can also see a one-eyed elephant going about his business.

And, then as it turns out, some animals love looking at themselves in the mirror.  Maybe they aren’t so different than people after all. 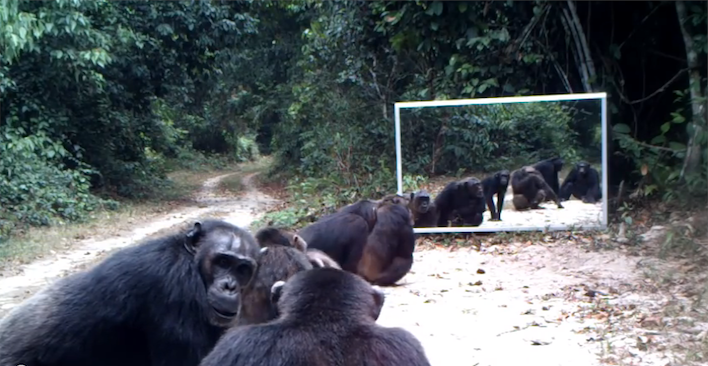 “Chimpanzees like leopards frequently walk to mirrors installed in their forest near Nyonié in Gabon. Over many minutes and sometimes hours, they quietly observe their reflections. From time to time, to break the “monotony” they challenge the congener they do not know: their own reflection.
Chimpanzees can stay late at night front of mirror, leopard often sleeps at night with a mate or companion, its own reflection. Regularly its opens eyes and looks up to mirror to check that this one or this one, isn’t away.”