Journey, a white standard poodle, was an unusual winner at the so-called Oscars of the equestrian world over the weekend.

The service dog and its owner – and owner para-equestrian dressage athlete Sydney Collier – were given the Against All Odds award by the International Equestrian Federation (FEI). Journey, who became the first dog to receive accreditation for a World Championship helped Collier compete in Normandy during the Alltech FEI World Equestrian Games this year. 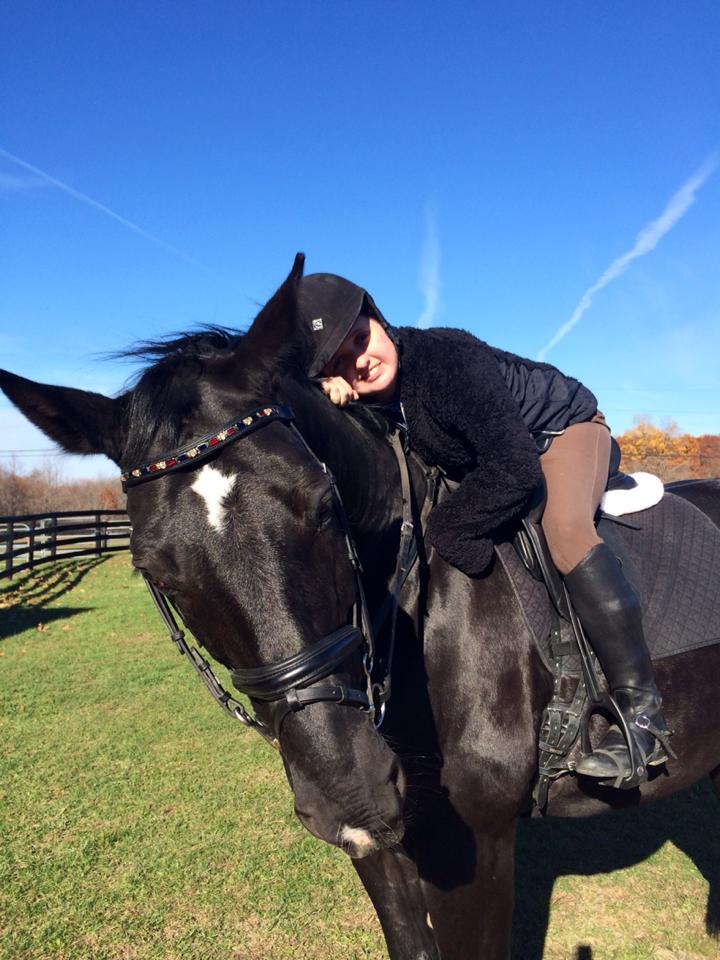 “Winning the FEI Against All Odds Award means so much to me as an individual, and as an athlete,” 17-year-old Collier said in a statement. “Life has routinely thrown speed bumps and curves on my plans, but my passion for horses and their incredible spirit has repeatedly helped me find a way around obstacles that others might have seen as insurmountable.” 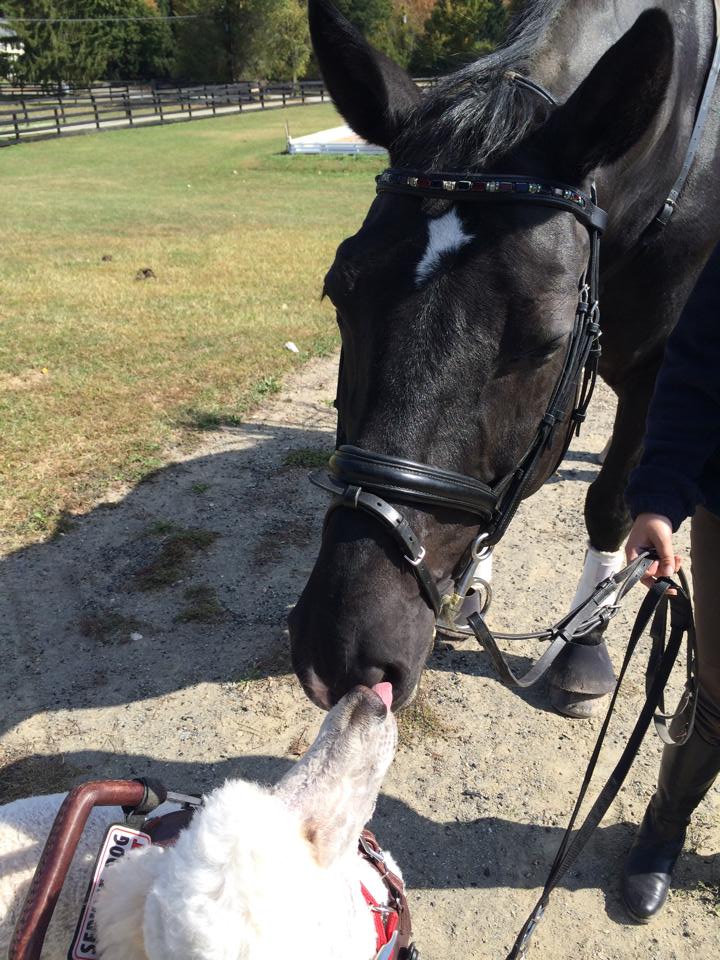 Collier, who is from Ann Arbor, Michigan, was diagnosed at age 7 with the rare Wyburn-Mason syndrome. She is blind in one eye, had a stroke at the young age of 11, causing paralysis on her left side and she has endured a series of operations, including three brain surgeries. But it didn’t stop her from competing at the highest levels in the sport and now she has her mind set on the Rio 2016 Paralympic Games. She trains in New York.

“This year has truly been the most amazing year of my life,” she wrote on Facebook. “I have reached high, pushed far, and found myself surrounded by the most amazing supportive individuals and talented horses in the world. To find myself standing on a stage in Baku, Azerbaijan accepting this award is a moment that will live on forever in me as I continue to work towards becoming the best equestrian I can be, while encourage others to live beyond their dreams.”

Collier has also been named 2014 Junior Equestrian of the Year by the United States Equestrian Federation. 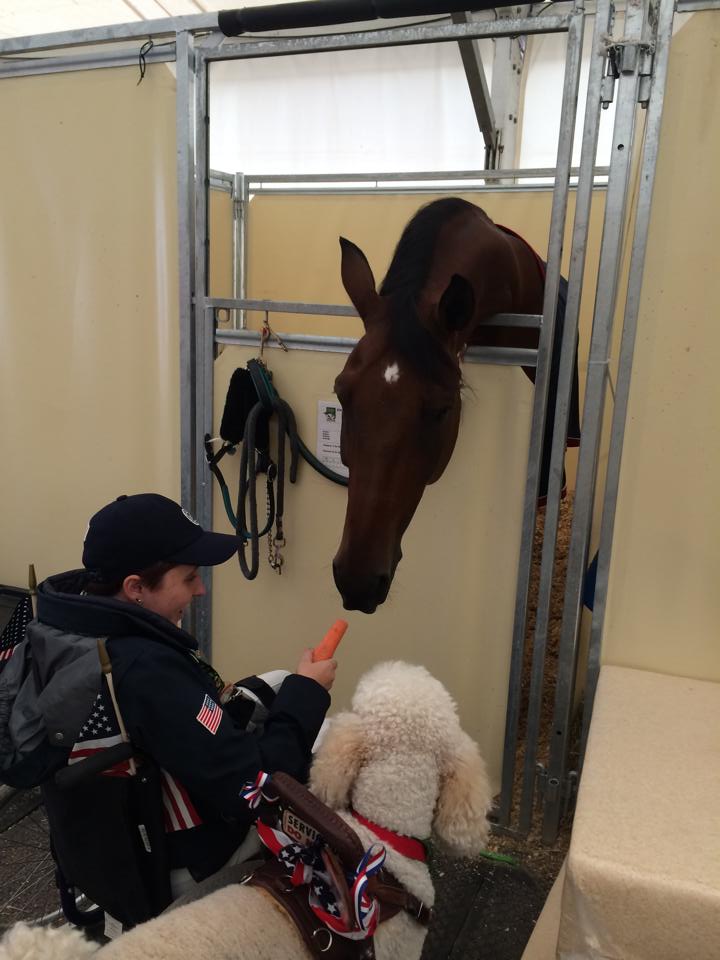 The FEI awards, which were handed out in Baku, are given to those who made the most outstanding contributions to the growth of the sport for 2014. Journey, who appeared on stage in a bow tie, was given a personalized dog bowl. 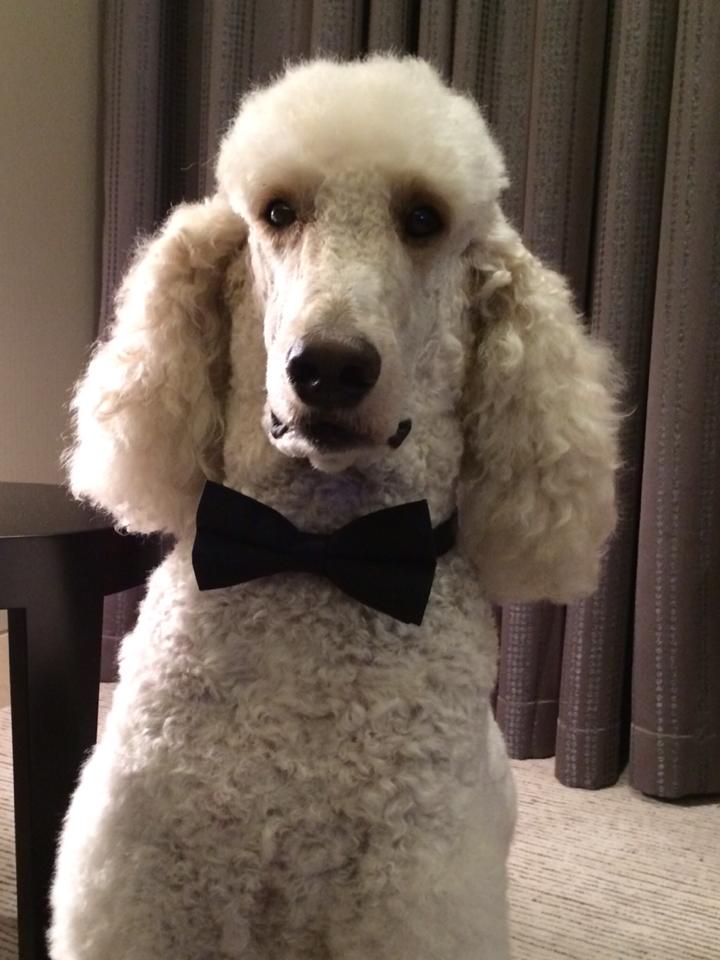 The other winners include:

And, the FEI honoured the equine therapy centre Equal Ark in Singapore with the FEI Solidarity award.

Since 2011, Equal Ark (Equine-Assisted Learning for At Risk Kids) has offered horsemanship lessons for troubled children. So far it has helped 800 kids who have failed or dropped out of school at an early age.

“Recognition from a prestigious international organization now puts EQUAL and our island of Singapore firmly on the global equestrian map”, chairman of Equal Ark Melissa Tan said in a statement. “This award affirms and cements our dedication to reach out to even more children whose lives can be inspired by the beauty and magnificence of our treasured equine partners.” 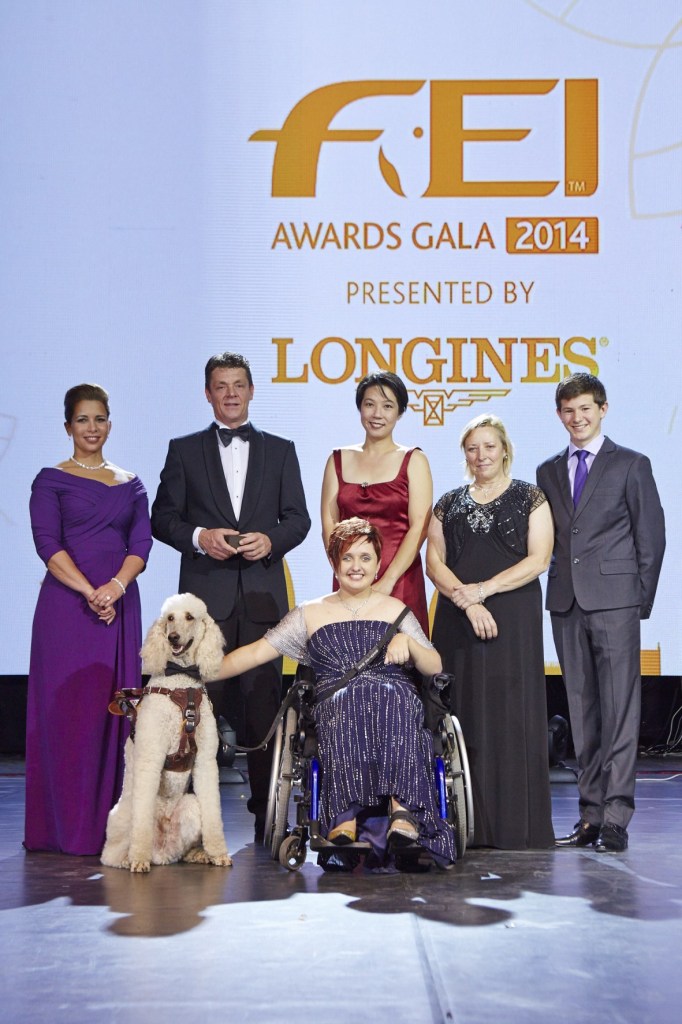