Officials in San Francisco are offering a $10,000 reward for information leading to the conviction of those responsible for stealing a dog, torturing it and leaving for dead by a freeway overpass. The pit bull terrier cross, dubbed Maximilian by staff at the San Francisco SPCA, was so badly beaten, veterinarians had to euthanize the dog just days after it was rescued.

San Francisco Animal Control Officers launched the investigating after the “severely abused” dog found at at 6 a.m. on May 14 at Division and South Van Ness. The dog was “suffering from blunt force trauma to his head and body, broken and missing teeth, cigarette and other burns, and severely injured paws with missing pads and nails.” 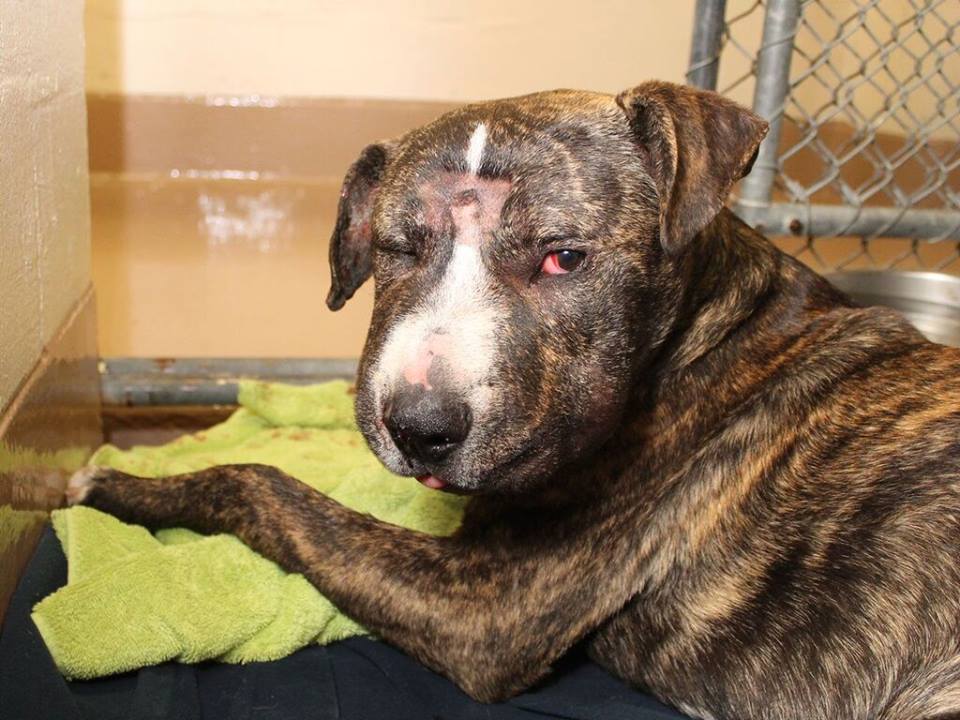 The owner of the dog was found and was able to be with Maximilian when he was humanely euthanized on Sunday, according to the San Francisco Examiner. The owner was “horrified” by the abuse his dog suffered after he was snatched on May 11. Officials said the abuse occurred after the dog vanished. 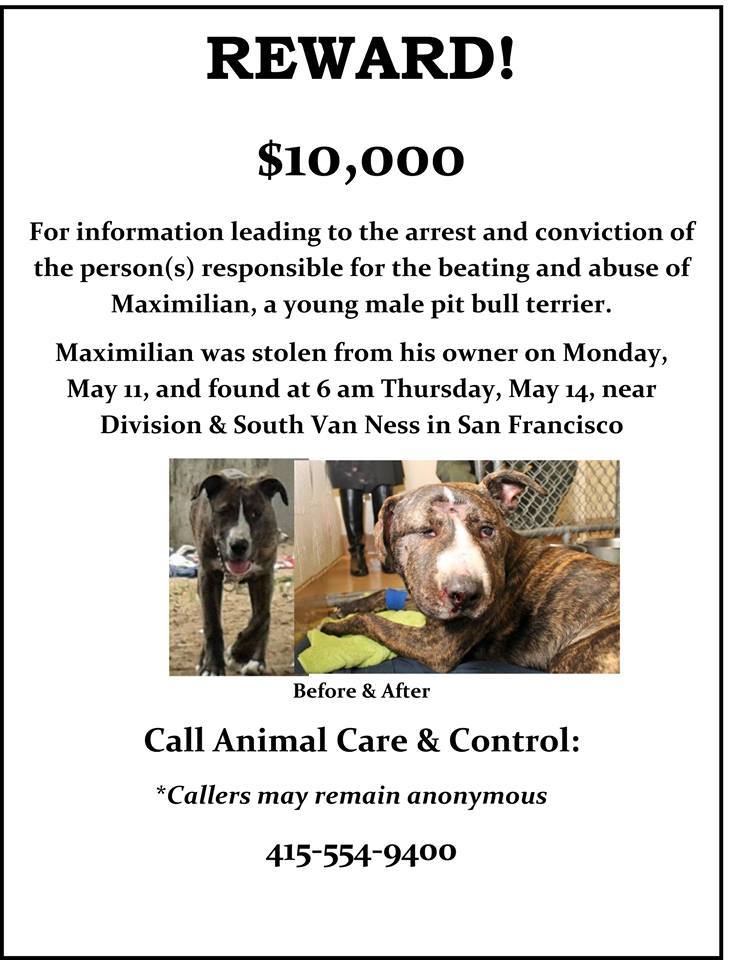 “We’re hoping that perhaps someone saw Maximilian being taken to the location where he was ultimately found,” the SPCA posted on Facebook. “His appearance is quite different before the abuse occurred, and the photo may prompt someone to remember a sighting.”

The SPCA also said burns and bruiser were a couple of days old when the dog was found. The majority of the abuse occurred early the morning of May 14.

“The Friends of Animal Care & Control will be taking care of Maximilian’s cremation,” the SPCA added.