Sia won the hearts of animal lovers during a surprise appearance on the Survivor reunion show.

The pop star, known for her unusual hair style, wowed the audience Wednesday night when she approached the stage and gave $50,000 to player Tai, and promised another $50,000 to the animal charity of his choice, as a way to applaud his on-screen humanity.

“I could not let Tai go home without saying your authenticity and your care for animals really inspired me,” she told a shocked packed house, including host Jeff Probst. “…Thank you for showing America how to be kind to animals.”

Tai prevented the other hungry contestants from killing of a chicken during the show’s run in Kaoh Rong. 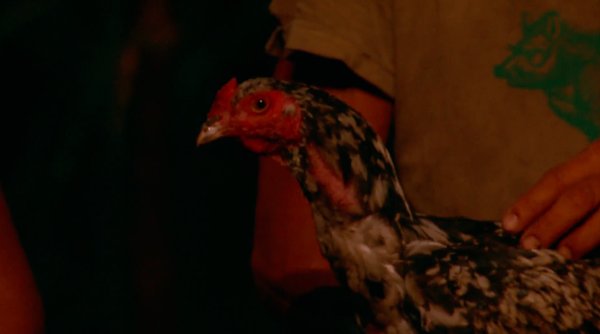 He went on to name the feathered friend Mark, and the survivors, said an on-air goodbye to the lucky bird.

RT if you love that crazy moment @sia showered Tai with an enormous surprise at the #SurvivorFinale! pic.twitter.com/gvn8f5f83g

Guess who’s a big #Survivor fan & stopped by the green room before tonight’s #SurvivorFinale? None other than, @Sia! pic.twitter.com/24syhPldT5

Tai, of course, was blown away by the gesture. Oh, and the winner of Survivor finale season 32 was Michele. But of course, Mark was truly the real sole survivor.