Feeding wildlife is on the rise in Canada’s mountain parks. It’s a worrisome trend, since habituated animals often end up dead animals. So now, Parks Canada is asking its visitors to take photos, videos and license plate numbers of such fools in Banff, Yoho and Kootenay parks. Officials will use the information to track down and charge offenders.

Last year an individual was captured on film feeding a black bear along the Highway 93 North, which is the famed Icefields Parkway in Banff. Tourists recorded the incident, wardens issued charges and to offender pled guilty. The fine: $1,000.

“For those who are new to national parks, feeding animals may seem kind,” the organization posted on Facebook. “Put your own desires aside. Give wildlife space to thrive.”

Feeding wildlife has been an ongoing problem in the Alberta and British Columbia parks.
Last spring, Jeff Bingham posted a disturbing photo of a similar incident in Banff to his Facebook account in May, 2014 and asked people to share it. He spotted people feeding a beer hot dogs and pepperoni sticks. 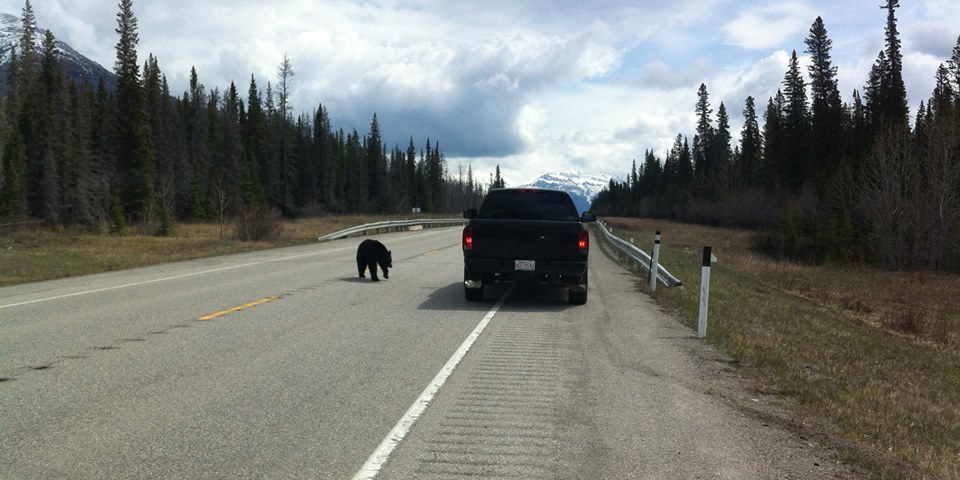 “This happened today near the north gate on HWY #11 I had been scouting bears all day, when we came across a couple cars pulled off the road, in this area that usually means bears. What I couldn’t believe was the couple in this truck feeding this bear, which was on the passenger side at the time. they were throwing out weiners and pepperoni sticks, bread, etc. they bear was happy to eat it up. Confronting people is not the answer, so I found a Parks Canada person, and reported it. Another man was taking a video of the scene and honked at this young couple as he drove off. After I told the Parks Canada staffer about the bear with a green ear tag, he lowered his head and said” this bear was just starting to do better” the green tag means its a pervious offender and now will likely be destroyed.
PLEASE SHARE THIS, IT’S NOW COST THIS BEAR ITS LIFE.”

And, in 2012, Andrea Rapcewicz snapped a number of photos of a wolf that had been fed rice cakes on Highway 93 in Kootenay. The national park released them asking people not to do this. 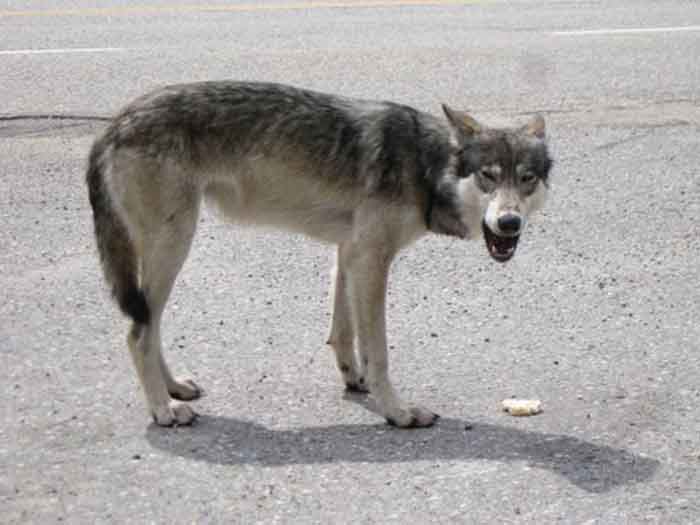