After a month on the run, the lam, the loose, and who knows where, the unofficial mascot of the Boston Police Department is back.

SWAT Cat casually strolled back to the office yesterday. And, police have called off the missing cat alert in this Facebook post:

“At about 7:00 AM this morning, Thursday, January 14, 2016, exactly one month after we posted a request for help finding the missing ‘SWAT Cat’ officers from the BPD Special Weapons and Tactics Team observed their beloved mascot return to their base on Warren Street in Roxbury! The SWAT Team wants to thank the community for keeping an eye out for the feline and for all the calls and emails of support. The officers are just happy that she was safe all this time.” 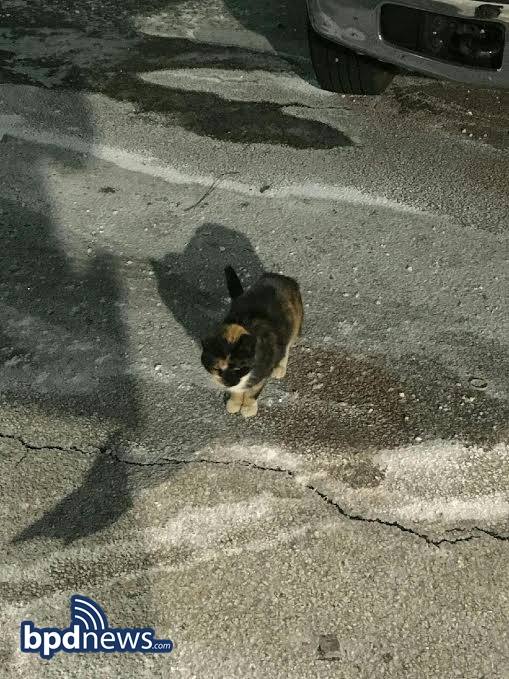 On Dec. 14, police issued this all points bulletin:

“Have you seen this feline?” police asked. “‘Dubbed “SWAT Cat,’ this stray Calico kitty joined the BPD in 2013 when she began prowling around the Boston Police Special Weapons and Tactics base, rolling over for belly rubs from the officers, and showing up for chow time with the unit. However, approximately three weeks ago, this two-year-veteran and unofficial mascot of BPD SWAT went missing.” 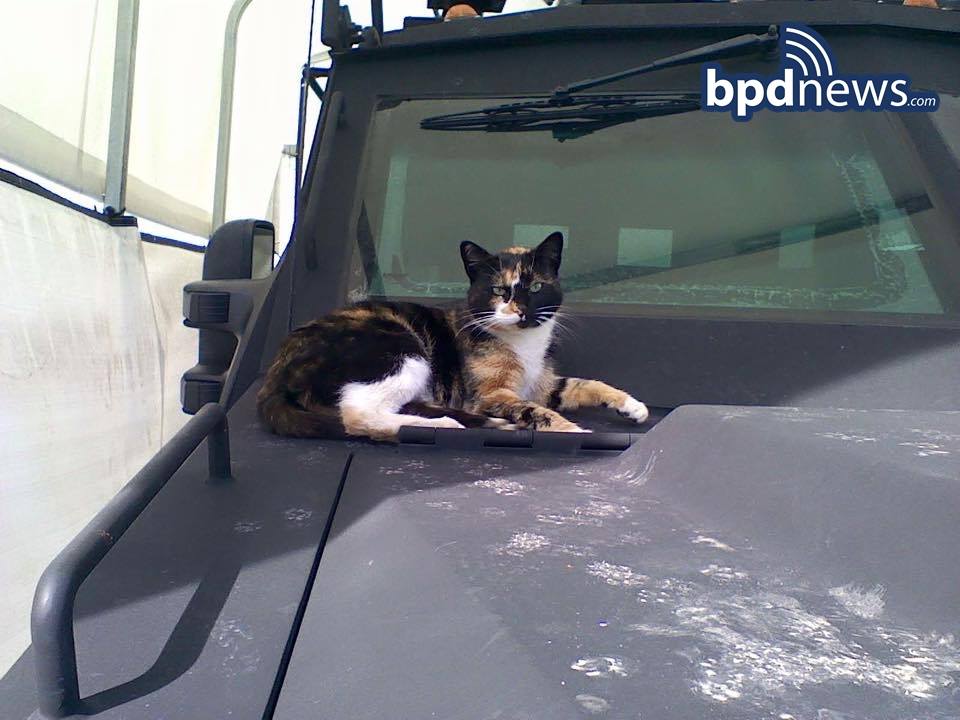 “She had become part of the family,” SWAT cop was quoted. “But it’s sad, she’s not there. It’s like going to work and not seeing a well-liked coworker.”

Tim Heinstadt mused on the department’s Facebook page that “SWAT CAT was helping to hunt down El Chapo.”

Or, worse, Andrew James Mannett offered: “Plot twist the cat was on a catnip bender.”

Mostly, folks were relieved for SWAT Cat’s safe return and urged police to keep the cat safely indoors and away from the big bad world outside.