Customs officials in Manila have seized 1,529 live exotic turtles found inside the luggage of a passenger arriving in the Phillippines from Hong Kong. 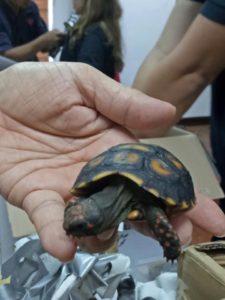 The live turtles were abandoned inside the luggage that was left inside four unclaimed suitcases in the arrival area. 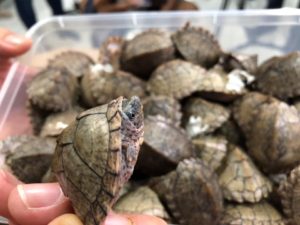 Custom authorities believe the passenger may have been informed of the vigilance of Bureau of Customs against illegal wildlife trade and its penalties, thus leaving the four (4) X-Rayed luggage unclaimed in the arrival area. 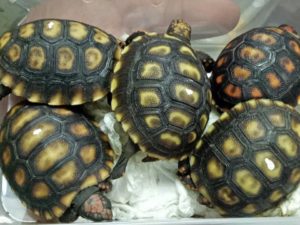 The turtles found were four species: Star Tortoise, Redfoot Tortoise, Sulcata Tortoise, Red-eared Slider. All are prized as commodities to be sold.

In 2018, the port has turned over a total 560 wildlife and endangered species including the 250 geckos, 254 corals and other reptiles apprehend thru air parcels, baggage and shipments.