As the Disney song would say and as the Cincinatti Zoo believes, Harambe fans, it is time to Let it Go.

The poor gorilla who was shot and killed a few months ago after a child fell into its enclosure at the zoo has been featured in hundreds of memes and petitions. Last week, Critterfiles wrote about the mocking petition to change the name of the Cincinatti Bengals to Cincinatti Harambe, a move that some news outlet believed was genuine.

As Mashable pointed out, even Republican Speaker Paul Ryan tweeted about Harambe and the dead gorilla’s chances to enter the Oval Office. 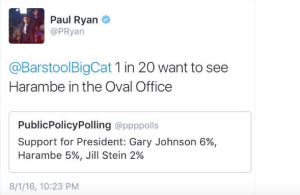 The Cincinatti Zoo’s director Thane Maynard says the flooding of tweets on the internet has been too much. He’s urging the Harambe supporters (Harambelievers? Harambe4Evers?) to stop.

“We are not amused by the memes, petitions and signs about Harambe,” Thane Maynard, Cincinnati Zoo director, said by email to the Associated Press. “Our zoo family is still healing, and the constant mention of Harambe makes moving forward more difficult for us. We are honoring Harambe by redoubling our gorilla conservation efforts and encouraging others to join us.”

The zoo has shut down its Facebook and its Twitter feed to stop people who just won’t let Harambe die on social media. 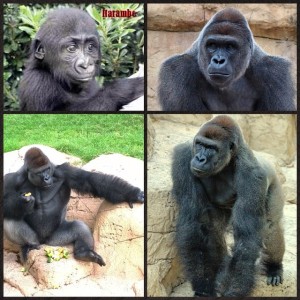