What happens when nine hungry bears see a food truck? The driver puts the pedal to the floor.

The non-profit group has been setting free dancing bears in India, saving primates from the illegal pet trade in Indonesia and tending to strays dogs and cats around the world. Dancing bears are housed at its sanctuaries in Agra, Bannerghatta and Bhopal.

This week, Dr. Arun Sha with Wildlife S.OS., which is one of the IAR’s partners, took an incredible video of nine sloth bears chasing the food truck at one of the sanctuaries. 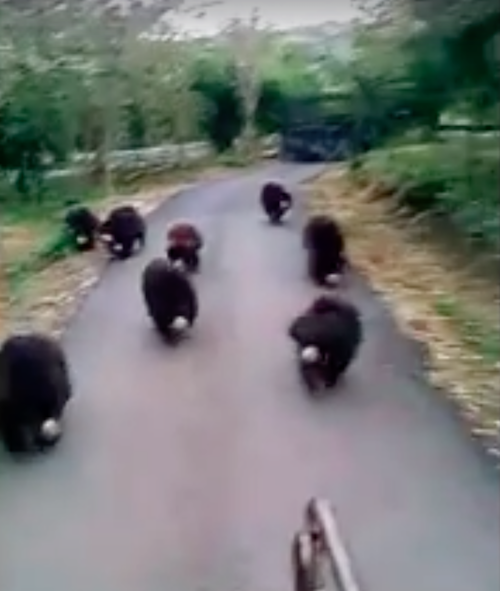 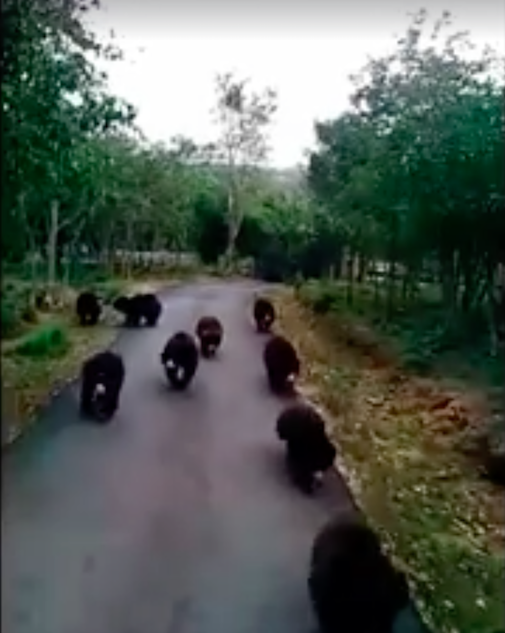 IAR gleefully uploaded the video with this note on Facebook:

“We can’t stop watching this amazing clip which shows the rescued bears at the centre in India chasing after the food delivery truck!  It is an amazing sight to see these bears running excited and free towards some yummy treats! Long gone are their days spent at the end of a rope being forced to perform.”

The truck, by the way, was carrying watermelons, which the keepers normally “hide up in trees and behind rocks” throughout the 50-acre sanctuary for the bears, the group’s CEO Alan Knight told ABC News.

Knight told ABC that bears former “trainers” would run a rope through a bear’s nostrils and yank it to make the bears “dance” for tourists.

“It would hurt the bears a lot,” Knight added. “The bears also had their teeth knocked out, so they couldn’t bite anyone. Many were also fed cheap alcohol, so they would be subdued during ‘dance’ performances and wouldn’t attack any people.”