It’s been a big week in U.S. legislation and decisions. But when we heard about the Global Anti-Poaching Act being passed on Thursday, we knew it was important to make note of it. 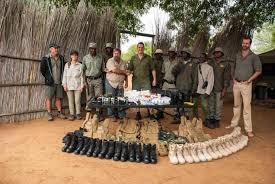 Introduced by U.S. Rep Ed Royce, chairman of the Committee, and U.S. Rep Eliot Engel, the committee’s ranking member, the bipartisan legislation focuses specifically on enabling various levers of government to go after the transnational gangs and international criminals involved in wildlife trafficking, which increasingly is being identified as a threat to national and regional security, particularly for U.S. allies in Africa.

Before the legislation was introduced by Representatives Royce and Engel, African Wildlife Foundation wrote a letter of support to both congressmen, thanking them for their focus on the issue and acknowledging that the new Act would serve as an important counterpart to the U.S.’s new National Strategy for Combating Wildlife Trafficking. 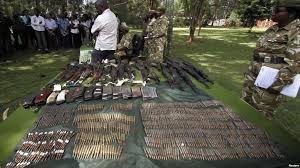 “International wildlife trafficking and poaching has become a serious national security threat.  With its high profit margins and minimal risk, illicit wildlife trade has become a blood currency for transnational gangs and criminal syndicates.  As poaching rates explode, some of the world’s most majestic animals – elephants and rhinos – are being slaughtered and their horns and tusks on the black market.  It’s not hyperbole to ask – do we want our children to grow up in a world without elephants and rhinos?

Specifically, the Global Anti-Poaching Act will: