This is heartbreaking on so many levels.

Late today, Petsearchers, who was hired to help look for the six dogs who were supposedly taken last week from the pick up truck of a dogwalker, held a press conference with horrible news.

It turns out that the dogwalker had the dogs in the back of her truck on a warm day May 13th (temperatures reached 24 degrees Celsius in Metro Vancouver).

When she discovered they had died of heat stroke, she panicked and said the dogs were stolen.

Langley RCMP confirmed Monday night that the six dogs died in the back of the dog walker’s vehicle in the heat of the day.

The bodies of the dogs have been located and will be recovered by the SPCA.

There is a lot of hate out there for the dog walker right now. This is a horrible tragedy for everyone.

For those reading this and feel anger and disgust, have compassion for someone who is going through this terrible burden alone.

And we are sad for the families of Mia, Molly, Teemo, Buddy, Oscar and Salty.

These dogs deserve to be running on the beach or through the forest across the Rainbow Bridge forever.

Six dogs were stolen out of the back of a pickup truck while it was parked on a Langley street in B.C.

The dogwalker/sitter had taken the dogs to an off-leash park in Brookwood and put them in the back of her pickup truck with a canopy so she could use the washroom.

When she returned ten minutes later, the canopy had been unlatched and all the six dogs were gone.

The dogwalker searched the area for hours but wasn’t able to locate any of them. 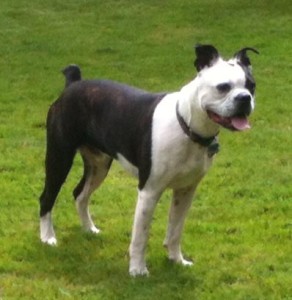 The owners believe their dogs were taken as opposed to have escaped from the truck. The canopy had been latched and when the sitter returned, the canopy was open.

Help look for these dogs if you’re out there and if you stole them, bring them back!

The missing dogs are: