For centuries, Saint Bernard dogs were used to help rescue stranded people off the Swiss Alps.

Monks living in the St. Bernard Pass, an area between Italy and Switzerland in the Alps used the canines on rescue missions. At least 2,000 people over two centuries were rescued by the dogs including Napoleon’s soldiers.

The dogs had an sense of direction and resistance to cold which made them perfect for rescuing people. 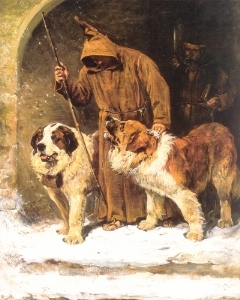 But Milo the Saint Bernard was the one needing rescuing himself this weekend in Virginia.

On Friday night, quick thinking firefighters with Fairfax County Fire and Rescue Department were dispatched to Woodglen Lake in the Fairfax Station area of the county after getting a call about a dog that had fallen through the ice.

When they arrived, the saw Milo, a five-year-old Saint Bernard, was in the lake, approximately 30 feet from shore. He had been out with his family who were tubing down the hill towards the lake when the dog walked out on the ice and fell through the ice.

Rescuers implemented a rescue plan while the medic units prepared for the dog’s removal. At the time of the rescue, the temperature was 21 degrees with a wind chill of 8 degrees and blowing snow. 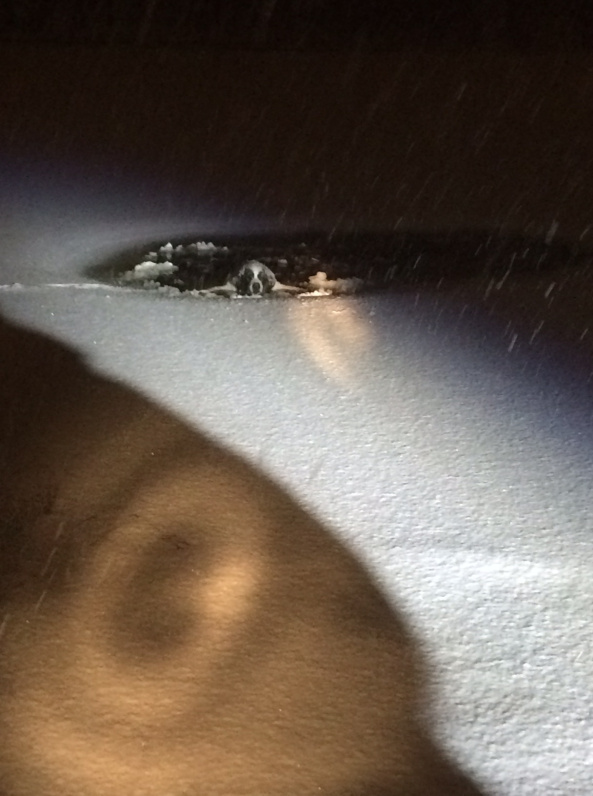 Our crew donned ice-rescue suits, slid out to where the dog was and pulled him out,” Chuck Ryan, deputy chief of the department’s special-operations unit, told The New York Post.

(Milo) assisted the rescuers once he had some leverage and they got him out and put warm blankets on him in less than 10 minutes,” he said. “He was very wet, very cold, but responsive. Otherwise, he was happy-go-lucky.”

Ryan applauded the family for calling 911 rather than trying to rescue their 130-pound dog by themselves.

It’s a bit ironic. These dogs are usually the rescuers — usually in the mountains — but this guy got in a bit of trouble on some thin ice.”