Conservation CATalyst has captured a truly incredible video of a wild jaguar. What makes it remarkable: it’s the only known wild jaguar in the United States.

“Our video of the only known wild jaguar currently in the United States,” the Arizona-based group noted on Facebook. “Captured on remote sensor cameras south of Tucson, Arizona, this dramatic footage provides a glimpse of the secretive life of one of nature’s most majestic and charismatic creatures. This is the first ever publicly released video of the cryptic cat and it comes at a critical point in this animal’s conservation.” 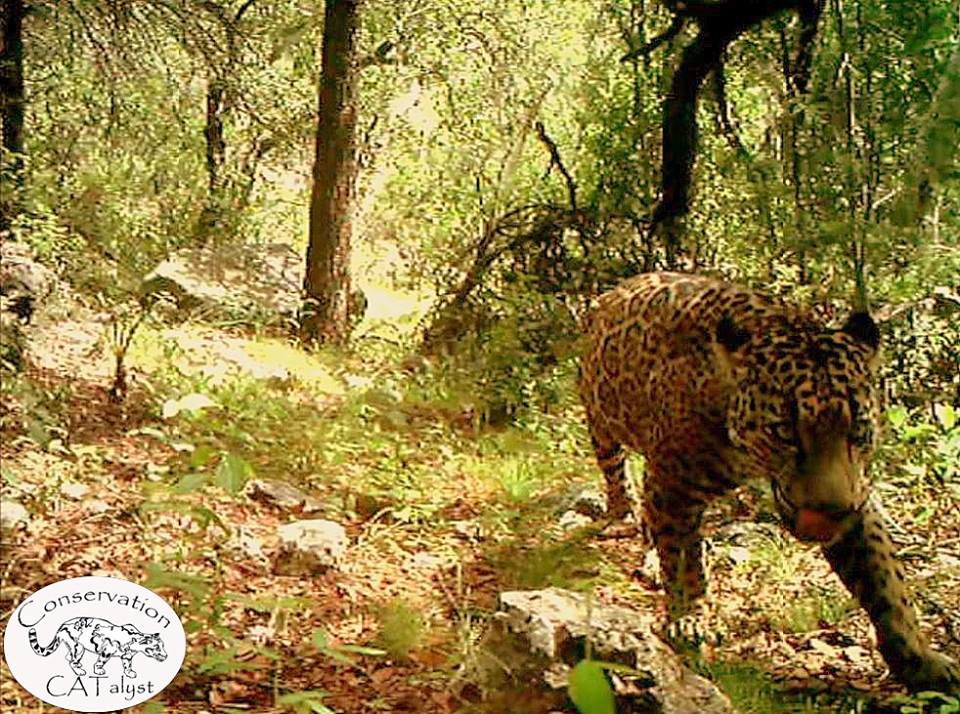 Conservation CATalyst is surveying the mountainous regions of southeastern Arizona for endangered jaguars as well as ocelots. It first spotted this jaguar with the help of a specially trained detection dog. The Center for Biological Diversity is also working with the group.

This big cat is known as “El Jefe,” or Spanish for “the boss,” is is pegged at about seven-years-old, and is one of only a handful of other jaguars that have been seen in the U.S. in the last two decades.

“Though incredibly rare, both jaguars and ocelots are native to Arizona and can still be found in the Arizona sky islands such as the Santa Rita Mountains. We are leading on the ground efforts to unravel the mysteries of these spotted cats in Arizona,” Conservation CATalyst said.

The center has been spearheading the campaign to protect jaguars.

“After the jaguar was listed as endangered in the United States in 1997 in response to a Center campaign, we three times sued the U.S. Fish and Wildlife Service to obtain a recovery plan and critical habitat designation,” it said in a statement. “Finally, in early 2010, the Service announced it would grant the jaguar protected habitat in the United States as well as develop a recovery plan. The Center proposed the designation of more than 50 million acres of jaguar critical habitat in the Southwest; advocated for protection from government traps, snares and poisons; and opposed walling off the U.S.-Mexico border — which the Service said wouldn’t hurt the species — to ensure that jaguars will always have access to the full extent of their range.”