It’s proper name is Hydrolagus cf. trolli, but it’s generally known as the pointy-nosed blue chimaera or even more commonly as a ghost shark.

And, for the first time it’s been photographed in the depths of the ocean off the coasts of California and Hawaii.

It was first named in 2002 (after the Alaskan artist Ray Troll who appreciated the strange group of fishes known as chimaeras) and was familiar in the depths around Australia, New Zealand and New Caledonia. Until now, it hasn’t been identified in the Northern Hemisphere.

And this appears to be a new, rather freaky looking species that scientists have zeroed in on.

Frankenstein-esque even. The small dots around its head are believed to be sensory organs, according to researchers. 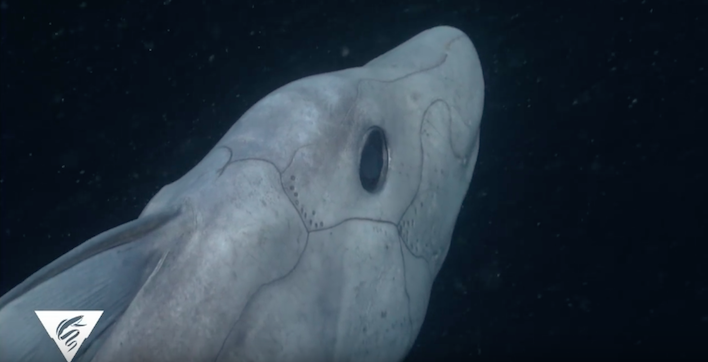 “Our video of this ghost shark has been making quite a splash on the internet!” the Monterey Bay Aquarium Research Institute  posted this week. 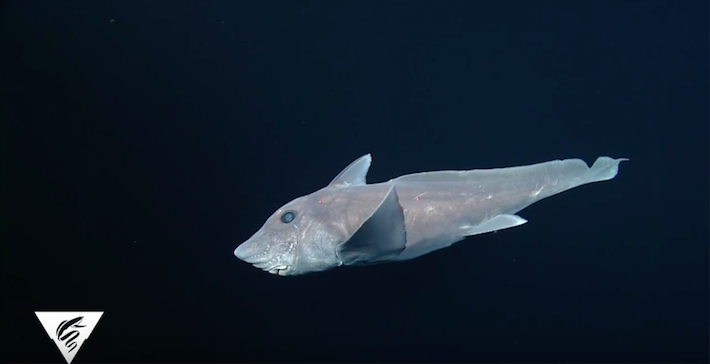 MBARI and Moss Landing Marine Laboratories captured the images via remotely-operated vehicle at a depth of about 1,640 metres back in 2009. But it took time to determine that it was indeed a species of ghost shark. And a likely first in the region. 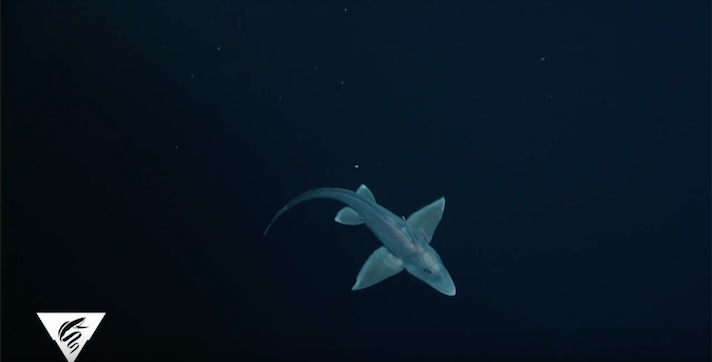 “Chimaeras are unusual fishes and with common names like ghost sharks, rabbitfishes, and ratfishes, rare encounters with them are a reminder of how little most people know about life in the deep sea,” MBARI notes. “Like sharks, their bodies are not stiffened by bones, but by plates and bone-like bits of cartilage. Like the chimaera from Greek mythology, which had a goat’s head, a serpent’s tail, and a lion’s head, chimaeras are pretty weird looking.”