You expect to see some wildlife in Alberta’s Rocky Mountains.

The Canadian band, The Standstills, were driving north of Jasper National Park this week when they spotted a grizzly bear eating the carcass of a moose. Gorging, really.

What could be more Canadian?

They posted a video of the rare sighting on their Facebook page. And, for a bear on a snowy day in October, this is truly a zen moment.

Warning, some viewers may find the language offensive. But who could blame singer Jonny Fox and drummer Renee Couture?

The bear even glowers at them a little bit as if to say, move along. 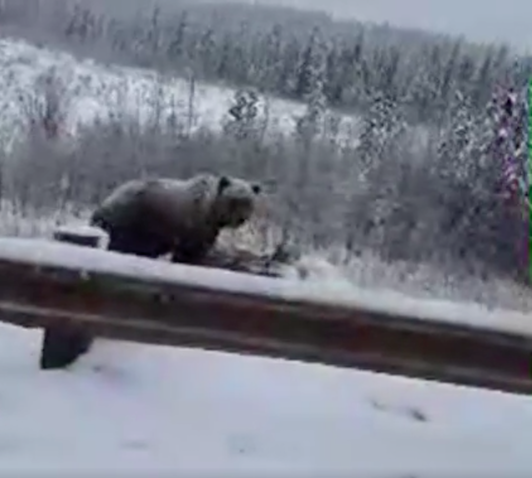 If it makes you feel better, they also spotted live moose on their road trip.