We think the world of NASA astronaut Leland Melvin.

It’s not just because he’s the only astronaut to pose for his official portrait with his two dogs Jake and Scout. 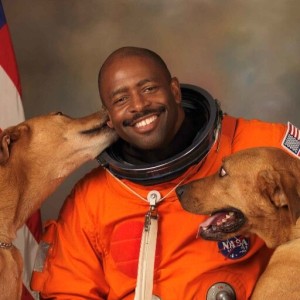 We also think Melvin, who almost played professional football with the Canadian Football League and the NFL, has a great perspective in how we should see the world.

He tweeted out earlier this week how the view from space has made him a defender of wildlife. The emoticons he added included an octopus, lion, whale and a spaceship.