Erin Dietrich, recently best known as the giraffe mask mom, had her baby Wednesday night. She posted on Facebook:

“He’s here!! He is perfect, healthy and just beautiful! Our sweet Porter Lane arrived at 6:11pm tonight. 8lb 2oz and 21 1/2 inches. ❤
Our hearts are overflowing. Thank you so much for ALL the love and prayers! XOXO 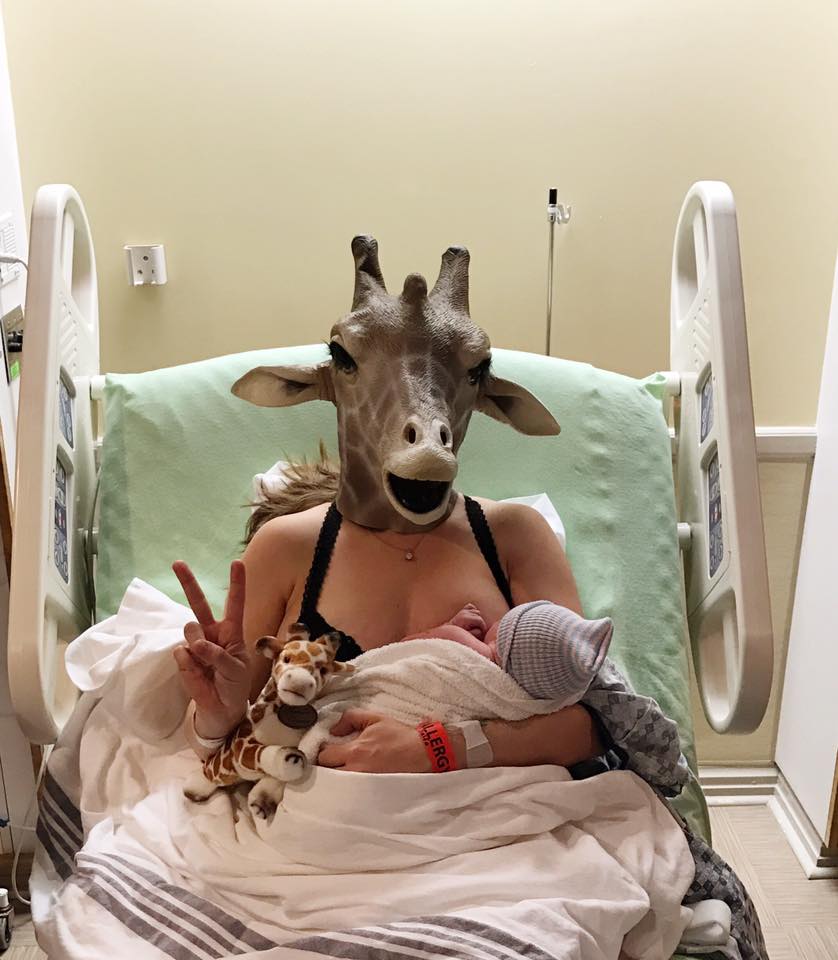 Oh, and this note from Animal Adventure Park, which is still awaiting April, the real giraffe to have her baby:

“A quick congrats on the giraffe mask wearing mom; and her new son! April doesn’t appreciate the extra pressure, but she will get over it! Congrats to you Erin and your family!”

Erin Dietrich has taken the viral video meme to a whole new level.

The pregnant photographer, who lives in South Carolina, donned a giraffe head and filmed herself pacing and swaying around her bedroom. The livestream was filmed by her husband as they are expecting their fourth child.

It was a simple ode to the livestream of a mother-to-be giraffe named April that has captivated the world. But within a couple of days the 7-minute video amassed more than 29 million views.

“Omg,” Dietrich wrote. “I did not think this many people would get a kick out of this 😂🙈 All our friends have been making fun of me and my obsession with April so we just thought ‘hey we should order a giraffe mask.'”

There was dancing, some yoga, even sitting. And people were just dying. 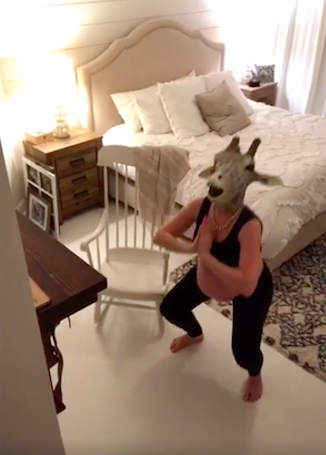 And nope, April the giraffe is still waddling around waiting for her baby, too.

We’re not sure April could really pull off the pearls, though. Her neck is a touch long.