The North American West once teemed with plains bison, greater sage-grouse, grizzly bears and wild horses. People, development, industry have been slowly wiping out all traces of the original Prairie landscape, including the iconic wildlife.

The wild mustang, for example, numbered close to 2 million 110 years ago in the United States. Now, there perhaps 30,000 wild mustangs roaming free. 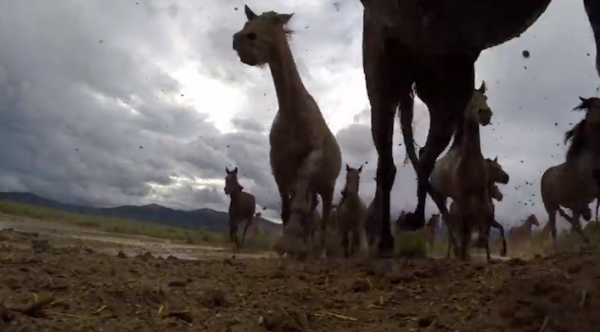 And, that’s despite the U.S. Congress taking time to recognize mustangs four decades ago as “living symbols of the historic and pioneer spirit of the West, which continue to contribute to the diversity of life forms within the Nation and enrich the lives of the American people.”

The feral horses, animal welfare advocates complain, are subject to round ups with the blessing of the U.S. Bureau of Land Management as conflicts with landowners arise. The non-profit organization Saving America’s Mustangs aims to set aside wildlife preserves for the animals and has been raising red flags about the reasons behind the dramatic population decline.

“American horses are being sold to killer buyers who slaughter these animals in various parts of the world for financial gain. It is illegal to slaughter horses in the United States,” the group notes. “The gathering process consists of low flying helicopters chasing the horses for miles at a time to a designated area. Then, trucks load up the horses and bring them to short-term holding facilities where they will potentially stay up to 3 years at a time if not adopted or sold.”

Philanthropist Madeleine Pickens is trying to change that. She is behind Mustang Monument Wild Horse Eco-Resort & Sanctuary, which is home to more than 600 Wild American Mustangs spread over 900-square-miles south of Wells, Nevada. 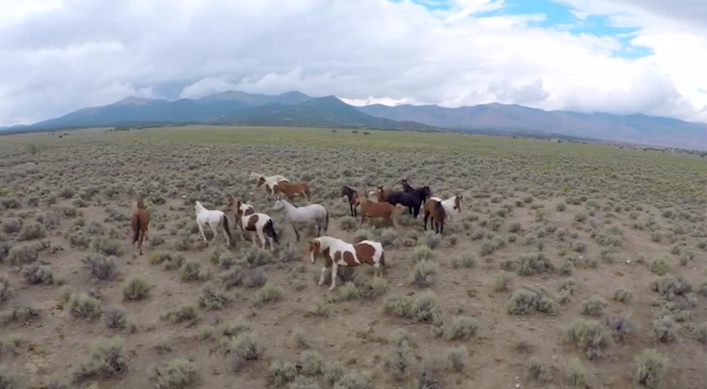 Clay Nannini, her “No. 1 cowboy,” shares this intimate look at life on the ranch in a new video. And, it is inspiring. 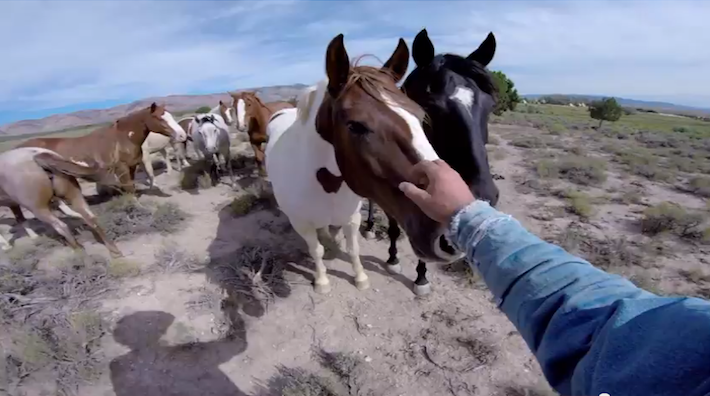 The video posted by GoPro on YouTube this week, has already been viewed by about 600,000 people. The number of GoPro cameras visible almost outnumber the horses, but sincerely, the result is a nine-minute window into a bygone era that’s worth preserving.