Actor Rainn Wilson wants the public to help LA cougars. No, no, not housewives, the star of The Office insists, but real live mountain lions of southern California. He’s the celebrity power behind a new campaign — #SaveLACougars — that aims to keep the big cats out of harm’s way in Los Angeles traffic.

National Wildlife Federation and Santa Monica Mountains Fund have their sights set on protecting Southern California’s mountain lions as they try to navigate their habitat that is criss-crossed by heavily used freeways. Just crossing the road can be a death sentence.

“Twelve mountain lions in the area have been struck and killed by vehicles since research began in 2002 and a young cougar P32—the only known male to make it out of the Santa Monica Mountains recently — was tragically killed on Interstate 5 last month,” the federation said in a statement yesterday.

This is a remote image of P32 taken before his death. 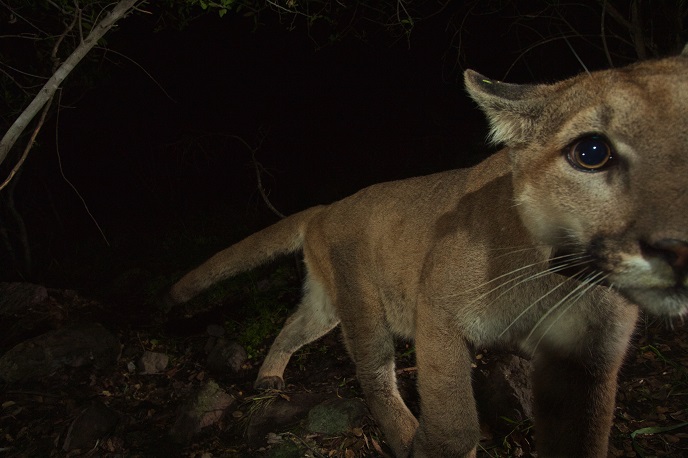 And, here is the 21-month-old cat after he was found on Interstate 5 near Castaic Lake after being hit by a vehicle. 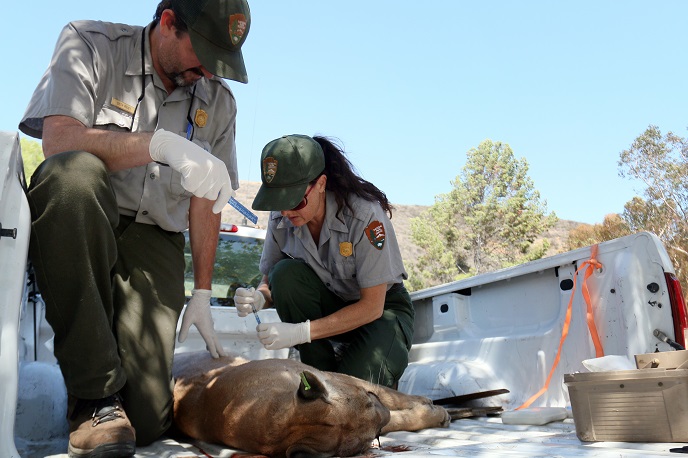 The organizations are lobbying for the construction of a wildlife crossing over the Ventura Freeway at Liberty Canyon in Agoura Hills. That would link protected habitat on each side of the freeway. The National Park Service has found this area as a key habitat and ideal place for the crossing.

The Liberty Canyon Wildlife Crossing would cost about $30-million and is billed as the largest such crossing in the world. Other states and other countries already successfully use wildlife crossings, both bridges over highways and tunnels under them, to save the lives of animals and people.

The California State Coastal Conservancy launched the fundraising campaign with $1-million grant, but officials admit they have a long way to go to start building the overpass by 2018.