She ain’t afraid of no snake.

And, SunShine McCurry proves it when she comes home to a giant black snake in her house in Forest City, North Carolina. That’s when McCurry leaps into action to scoop up the slithery snake. The entire episode is captured on video.

“We got a snake in the living room,” she is heard saying on the video. “So, I’m gonna catch this big sonofabitch.”

And, she does just that. 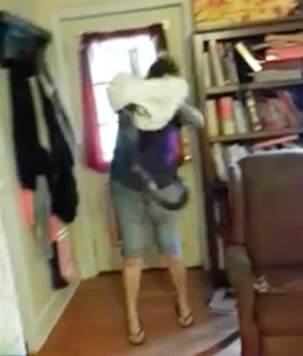 Suggesting snake catching isn’t all that unusual around those parts.

McCurry then releases the five- to six-foot-long snake.

“Sometimes living int he country ain’t that cool,” she says.