Annie, this little dog, weighed just 6 pounds when she was left in a crate outside the Peaceable Kingdom Animal Shelter in Whitehall Township in Pennsylvania.

The police there are now searching for the woman who was filmed on security cameras outside as she abandoned the dog. Not only was Annie frightfully thin, she had open wounds on her body and was covered in fleas.

Here’s a photo of the woman. 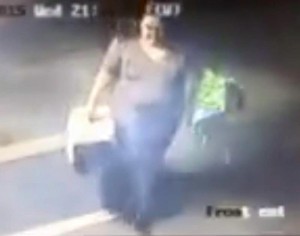 But there’s good news for little Annie. Her belly is full of food and she has been taken in by a foster famil who loves her.

Today Annie sleeps snuggled up with a foster family who loves her and a belly full of food.

This is how she looked when she was brought in 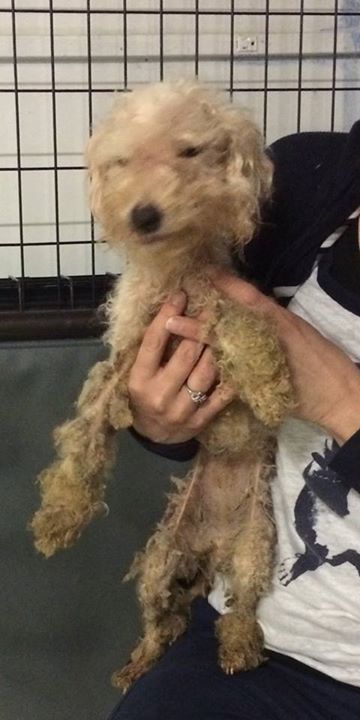 Within days she was up to 9 pounds and a bit.

She had ultrasounds which showed some abnormalities in her blood and for a while she scratched and licked some of her old wounds open – forcing a few days of the cone of shame to give them a chance to heal. 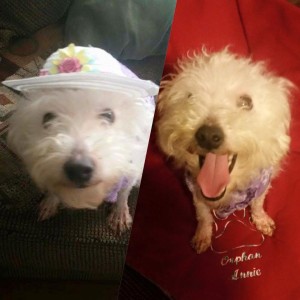