Young Eden Hasson was surfing at Samurai Beach in Australia when something caught his eye.

At first he thought it was seaweed, but photos taken by Eden’s dad Chris Hasson showed that the young surfer surfed almost directly over a shark. 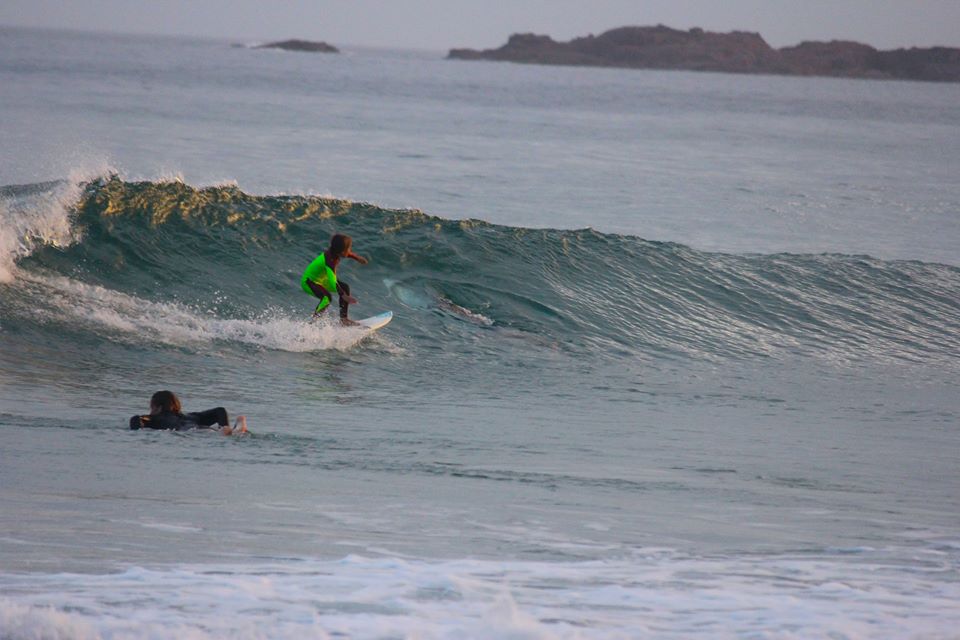 Eden was surfing at Port Stephens’ Samurai Beach on Tuesday as his dad was taking photos. Here’s how he explained it on a Facebook post.

Storm in background. I’m on the rocks taking photos of Eden. I see a big dark shape and about to call the small group in and Eden takes of on a left and smashes it to the beach. Just as he is taking off I see something out of the corner of my eye.

Haddon said he kept shooting and when Eden was finished, he started paddling out when his dad zoomed in on the second photo.

He’s just done a backhand snap on an 8 foot Great White Sharks head. Call everyone in and show them the photo. Lucky he didn’t fall off. This photo is going straight to the pool room. Not everyday you get a photo surfing over a big white. Check its mouth. It’s rolled over having a good look at his yummy yellow new wetsuit.