Nibi was just doing what beavers do: Building a dam.

But this five-month-old beaver was caught on video at Newhouse Wildlife Rescue moving sticks around the facility’s rehab room and stacking them at a door.

And when the Chelmsford, MA wildlife rescue group posted the video of the adorable baby beaver hard at work on social media, it attracted millions of views.

“As a reward for her good behavior towards her new roommate, Nibi was allowed to have the rehab room to herself for an hour while Ziibi enjoyed the semi aquatic enclosure,” the facility wrote on Facebook Oct. 14.

“Nibi immediately started building a dam at the door where her roommate exited…you know…in case Ziibi tries to come back inside,” Newhouse added.

As a reward for good behavior towards her new roommate, Nibi was allowed to have the rehab room to herself while Ziibi enjoyed the semi aquatic enclosure. Nibi immediately started building a dam at the door where her roommate exited…you know…in case Ziibi tries to come back. pic.twitter.com/MZHBcfUF95

Nibi was only about two weeks old when she was found as an orphan in the spring.

Reuniting her with her family, joining another family or being left in the wild weren’t viable options for the one-pound baby. And so, she wound up with the folks at Newhouse.

But she is thriving. And growing into life as a beaver.

Nibi was found orphaned when she was only about two weeks old. Now she is five months old and thriving here at the rescue. Here is a picture of her the day she came in. #Babybeaver pic.twitter.com/JgsaqB8xzA

The rehab facility has been just overwhelmed by interest in Nibi’s progress — and dam building.

Which the group is now using as a teachable moment for everyone.

“Thousands of beavers are killed every year due to the trouble their dams cause in people’s lives,” Newhouse explained. “Sometimes their dams cause flooding in areas or the trees they take down can cause damage.”

That’s why the organization wants to remind people beavers are a keystone species and vitally important to the landscape for everything from fish to birds as well as other animals and plants.

And, there are other ways to manage beavers, as well as the structures they build, that don’t involve killing beavers.

“It is our goal to educate people on beavers, so once our beaver kits are released, they will be in a safer environment and so will all their beaver buddies,” Newhouse added.

Nibi, it seems, is not only a keystone species, but an ambassador for beavers everywhere, too. 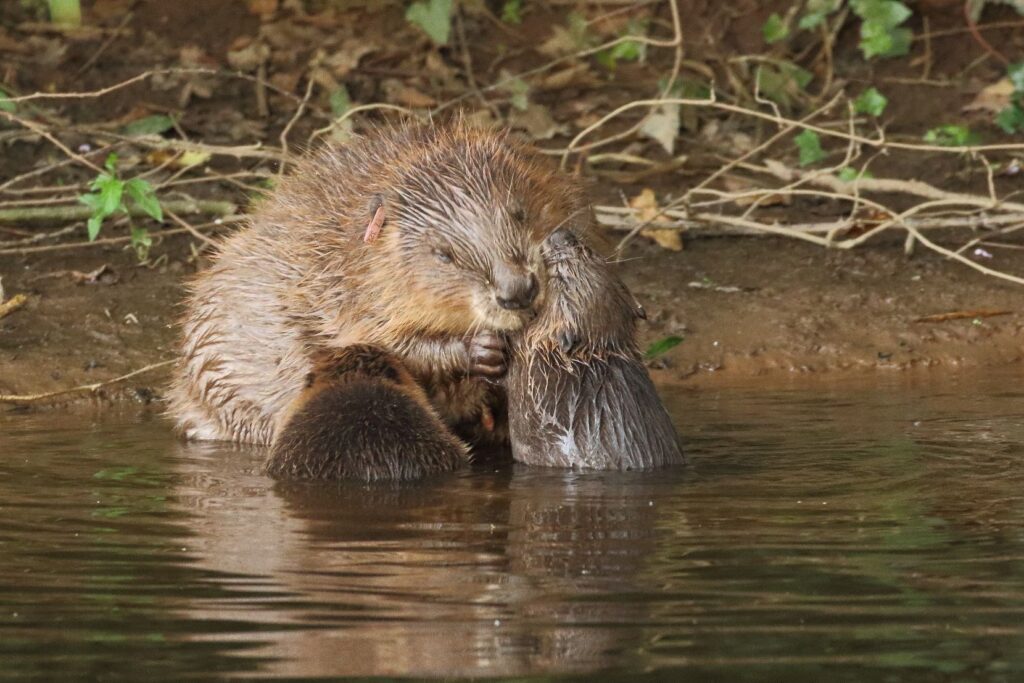