Policing can be tough work. That’s also true for animal members of the service. And, police forces across the United States had a particularly rough weekend.

One K9 officer was dognapped in Oklahoma and another four-legged cop was shot in Ohio.

Jethro, a member of the canine unit in Canton, Ohio, was shot three times early Saturday morning while investigating a grocery store robbery. The Canton Police Department provided frequent updates about Jethro’s condition on the city’s Facebook page and on Instagram.

“We are still here keeping the faith. According to the vet he is making progress, however slowly. Still battling the brain swelling which comes from nasty head trauma. Luckily the round he took to the bridge of his muzzle didn’t penetrate but is the equivalent of getting hit in the forehead with a hammer. To clear up a couple things; he did NOT have surgery. Somehow the rounds that penetrated his body missed all organs and bones. He is a bullheaded badass tough guy. He is fighting the good fight. Your continued prayers are always welcome. We are truly humbled at the response from people and agencies.”

Early Sunday morning, the department uploaded these photos and this update on Jethro’s condition: 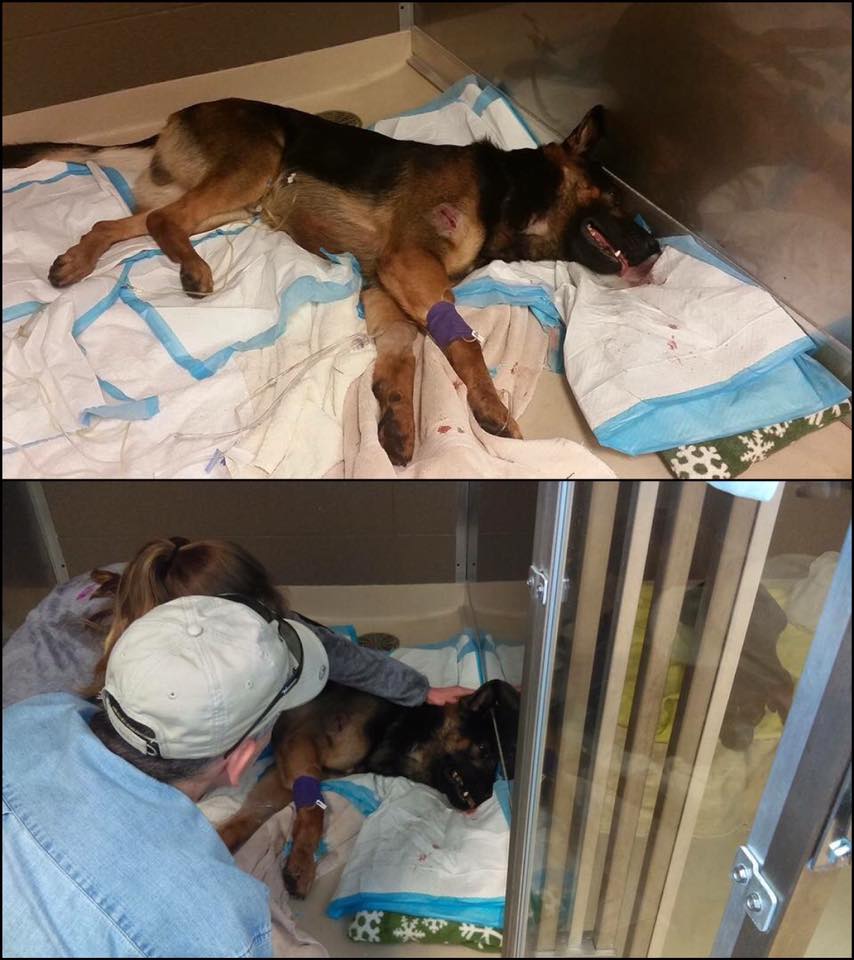 “Vet said K9 Jethro is still fighting the good fight. They are continuing sedation and pain meds to keep him rested. Swelling is still going down at this point. It doesn’t appear that any of the bullets struck any vital organs or bones. K9 Jethro is a banger and has fought a hell of a fight at this point. Please keep sending positive thoughts and prayers to K9 Jethro and Officer Davis.”

Officer Ryan Davis remained at his partner’s side.

But later that day, came the devastating news. Jethro had died.

“We are very sad to say that Officer Jethro has passed away. We are forever grateful for his service and his sacrifice in the line of duty,” police said in a statement.

Don’t doubt for a moment that Jethro was treated just like any officer killed in the line of duty.

There was also this an incredibly moving moment at the veterinary clinic, which cared for Jethro. Officers standing at attention and saluting their fallen officer.

Police tracked down the robbery suspect not far away. He was also shot during a gun battle with police, but is expected to recover.

Meanwhile, a GoFundMe account has been set up to raise money for police dog protective vests, which has already raised more than $20,000.

Just one year ago, the service’s K-9 Association posted this photo of Jethro “paying respects to the K9’s who paved the way in our program!”

Just hours after the Oklahoma City Police Department issued its condolences to its counterparts in Canton on the death of Jethro, it was facing the loss of one of its own canine members. A K9 officer vanished Sunday night when someone made off with a police vehicle. The dog was inside.

“Help the Oklahoma Highway Patrol as we look for a stolen Trooper SUV #412, last seen near SW 29th and Meridian. A police K9 is in the vehicle. Please call 911 if you see it,” police posted on Facebook.

Police have arrested a suspect in the case. 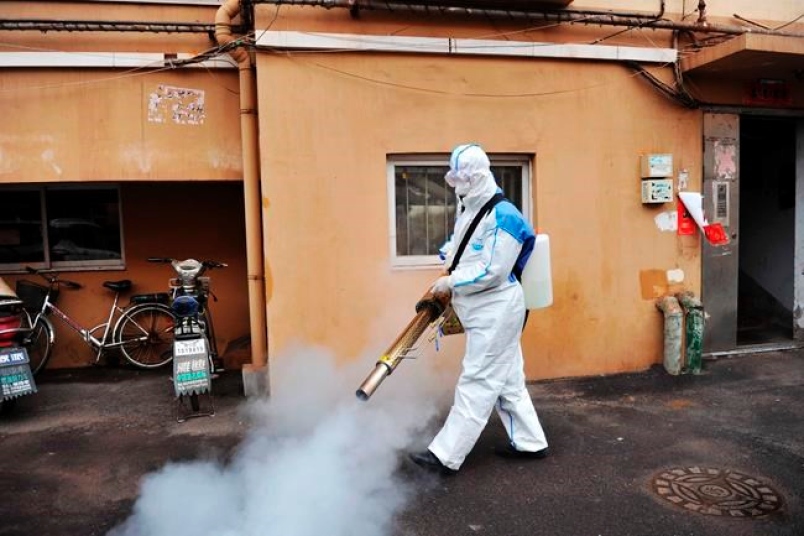