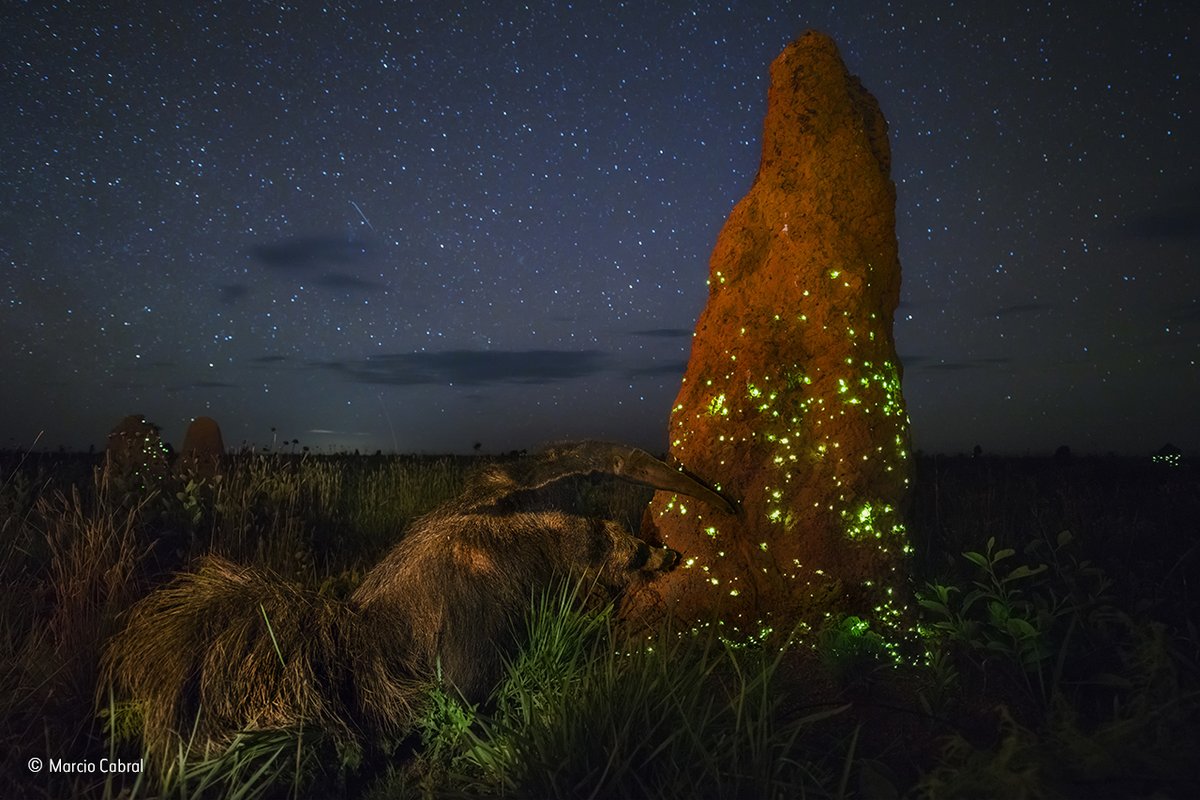 Scandal has rocked the one of world’s most prestigious wildlife photography competitions.

Marcio Cabral’s image titled “the night raider” won the Wildlife Photographer of the Year competition for his beautiful shot of an anteater at a glowing termite mound in Brazil’s Emas National Park under a starry sky. It was best of the best in the animals in their environment category.

“Evidence was presented to the Museum by third parties that it is highly likely the animal in the awarded photograph is a taxidermy specimen,” London’s Natural History Museum said in a statement.

It’s with great sadness we’re letting you know that after a careful investigation into the image ‘The night raider’, we have disqualified the photograph. It was the winner of the 2017 Animals in Their Environment category. More info here: https://t.co/fsgHzUS83Q pic.twitter.com/dFPuiKZJzS

A stuffed anteater posed in what once was its natural environment isn’t exactly what judges are looking for.

“After a thorough investigation, the Museum concluded that the available evidence points to this allegation being true. As a result, the Museum believes that the image breaches the competition rules, which state that ‘entries must not deceive the viewer or attempt to misrepresent the reality of nature,'” the museum added.

Anonymous sources questioned the authenticity of the image in March.

An investigation was launched, including comparing it to this shot of a taxidermy anteater.

A stuffed anteater is kept on open display at a visitor centre at the Portão do Bandeira gate, one of the entrances of the Emas National Park.

For officials, who even go through the original raw file of the entry, it’s been a devastating dupe.

“I find it disheartening and surprising that a photographer would go to such lengths to deceive the competition and its worldwide following,” jury chair Roz Kidman Cox, said in a statement.

Marcio Cabral has been disqualified and banned from future competition.

The image has now been removed from the website, but the original caption said Cabral spent three years trying to capture the image and after several rainy days in the park, a “giant anteater ambled out of the darkness” and hung around “just long enough” for a single frame.

He denies any wrongdoing and even offered judges a witness, according to the museum.

“After the flashes were fired, the animal left the place, so it was not possible to make another photo with the animal coming out of the place that is totally dark,” Cabral told the BBC, adding since the centre is locked at night and guarded, he has no access to the stuffed animal.

No new winner will be awarded.

“A new category winner cannot be awarded because judging throughout the competition is blind – photographer’s names are not revealed. As the photographers are now known, it would be impossible for judges to make an objective choice,” the museum added.