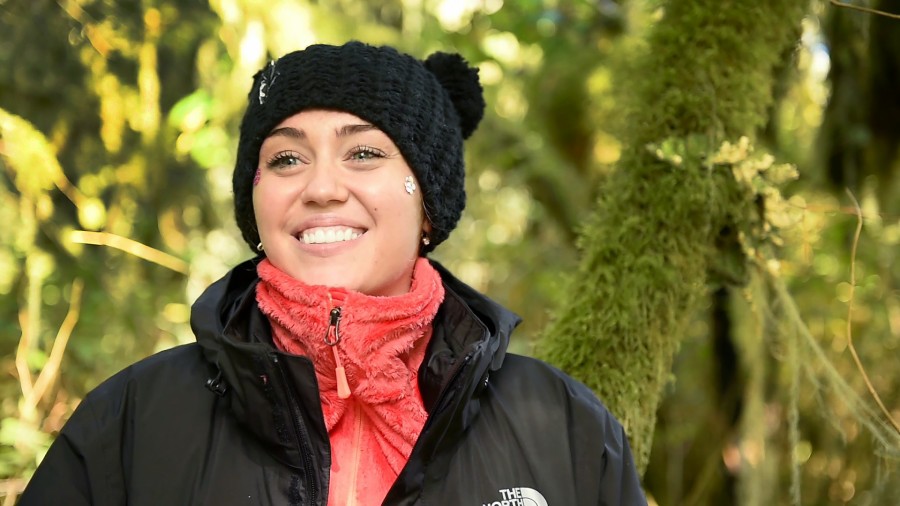 Miley Cyrus has a new album out, but animal lovers are talking about one song that isn’t on it.

It’s her haunting, acapella version of Teddy Bears’ Picnic, which is not meant to be child’s play.

Rather, Cyrus is lending her celebrity voice to ending the grizzly bear hunt in British Columbia – for good. It’s part of an initiative led by conservation group Pacific Wild.

“Last year 300 grizzly bears were killed in B.C.,” reads a message at the end of the video. “Let’s end the hunt before they’re gone.”

The B.C. government is in the midst of bringing in legislation, which would mostly end the hunt when the season is over this November. It would essentially ban trophy hunting for the bear’s head, hides and claws, but would still allow some cases of hunting grizzly for meat.

“The grizzly bear is the second slowest reproducing land mammal in North America, one that’s threatened throughout much of its natural range and habitat,” Ian McAllister, Executive Director at Pacific Wild, said in a statement. “Grizzly bears occupy just 2 per cent of their former range in the lower 48 states today. They are also not a necessary or ethical food source. We’re hoping this campaign will prompt the government to close this loophole and help the government hear the opinion of over 90 per cent of British Columbians who wish to see a total and complete end to this barbaric hunt.”

Miley Cyrus adds her voice to save grizzly bears in British Columbia from Pacific Wild on Vimeo.

Grizzlies once roamed all the way from Mexico north and across the Canadian prairies.

“#SAVEBCBEARS is an initiative by Pacific Wild, with the help of Miley Cyrus, that aims to protect one of the last refuges of the grizzly bear, which once roamed widely across North America,” the group says.

This isn’t Cyrus’s first foray into B.C. wildlife issues. She’s previously travelled to the province to speak out for wolves, whales and other animals.

Here’s a video from her trip to the Great Bear Rainforest.