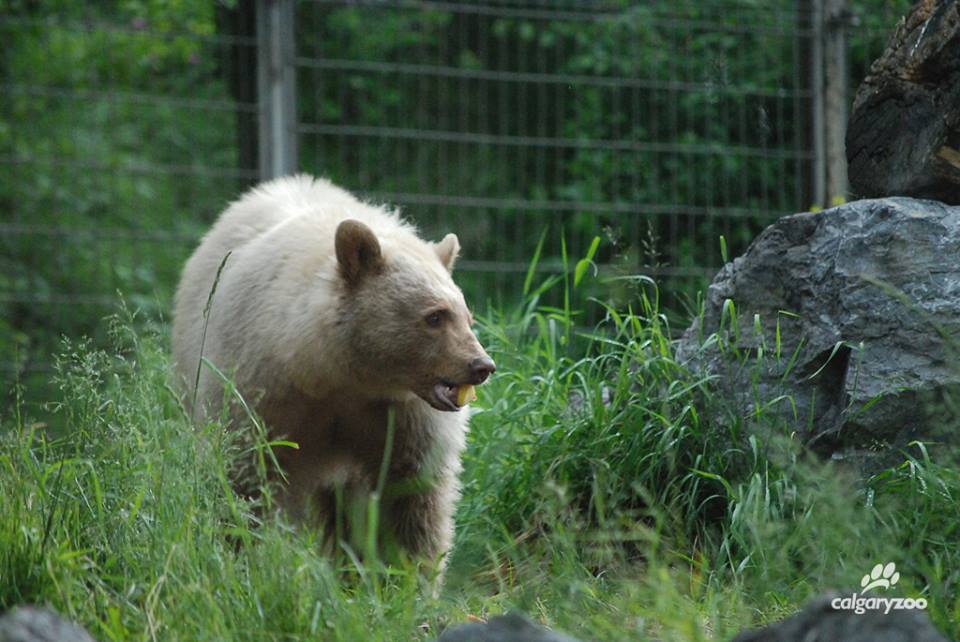 Have you ever heard of a “white” back bear?” Well, you can see one at the Calgary Zoo.

The light-coloured black bear arrived in August, 2013 from Elkford, located in the southeast corner of British Columbia. The 3-year-old had become a “problem bear” in the area posing a threat to the public and an all around nuisance. It raised the prospect the bear could be killed before – or after – someone got hurt. Instead of chancing that fate, the zoo stepped in.

“We are so pleased to welcome a bear with this striking colouration,” curator Mike Teller said in a statement. “She is an important reminder of the danger of animals becoming habituated to humans and we will be able to share her story as we educate our visitors about these issues.”

The yet-to-be-named bear – more on that in a moment – is not to be confused with a Kermode or spirit bear. She has the same light colouring due to recessive genes, but she does not come from the coastal region of British Columbia where spirit bears reign.  The zoo posted a video on June 17 of the “white” black bear taking a bath after a long winter’s nap. It took a few tries, but eventually she settled into the idea.

The zoo is also holding a contest to name the unique bear. You can vote here. The choices are:

Ktunaxa – pronounced sort of like k’toonahah, with the k sound very quiet.

Manuka – a type of honey. 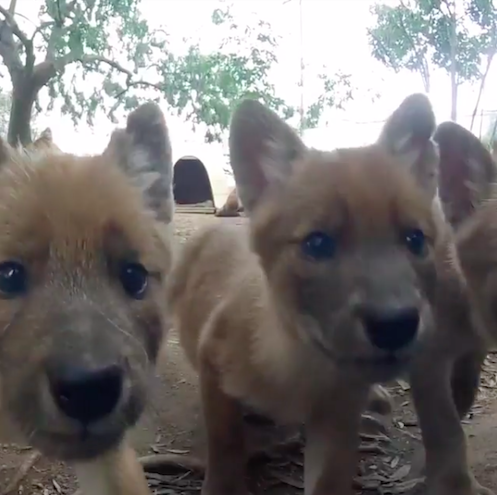