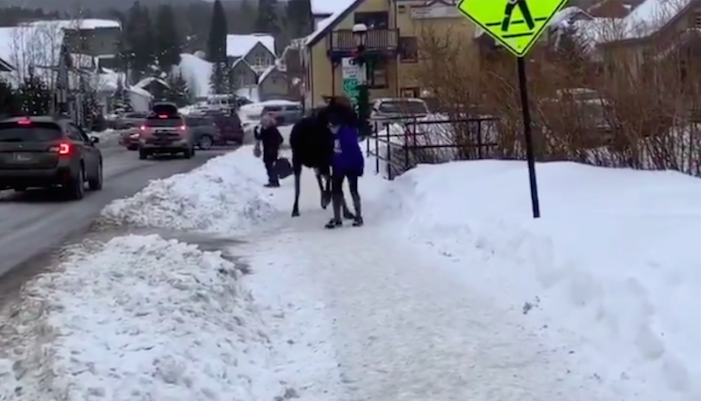 It’s incredible this needs to be repeated, but here we are.

Specifically in Colorado, where the state’s Parks and Wildlife office has shared a video of a woman walking up to and petting a moose. Something nobody should ever do.

“Oh, do we sound like a broken record?” the agency tweeted this week. “Sorry but we’re not sorry. LEAVE WILDLIFE WILD. DO NOT FEED OR PET.”

The government shared a video, which was taken by Anna Stonehouse in Breckenridge last Thursday.

“That girl’s an idiot. You’re an idiot,” a woman can be heard saying off camera.

Stonehouse posted the video on Facebook, where it’s been viewed more than 100,000 times.

“Can’t fix stupid!!!” she wrote. “This girl smacked the moose’s butt! I thought I was going to witness her getting stomped to death! #idiot.”

The moose kicks at the unidentified woman as people yell for her to get away.

The moose-patter was later cited for harassing wildlife, Colorado Parks and Wildlife said.

Oh, do we sound like a broken record? Sorry but we’re not sorry.

LEAVE WILDLIFE WILD.
DO NOT FEED OR PET.

*this person was cited for harassing wildlife

In Colorado, moose attacks are on the rise, according to the agency. 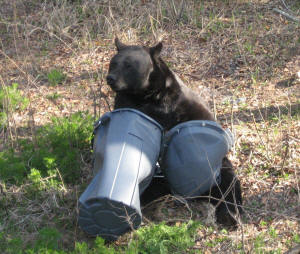 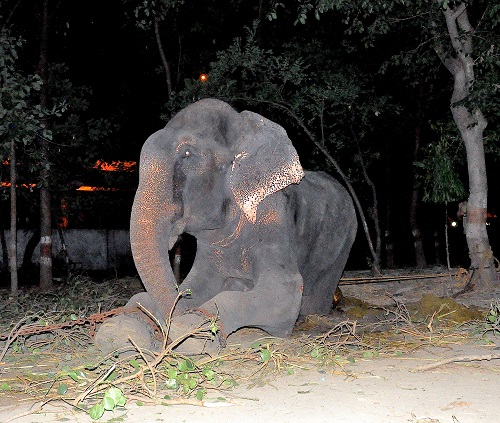