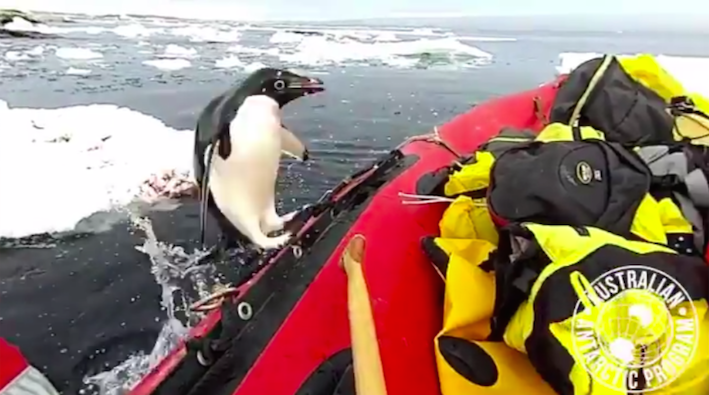 Reason #57 penguins are the boss.

This penguin decides to hop on board an Australian Antarctic Program research vessel.

Matthew McKay just happened to capture this amazing video of an Adelie penguin as it pops onto the small boat in Newcomb Bay, near Australia’s Casey research station.

“No seal around,” the researchers tweeted. “Penguins can just be super curious sometimes.”

The bird’s curiosity quickly waned as it decided to fling itself back in the water figuring a frigid plunge more interesting than a bunch of humans.

When a #penguin drops in to check on your work.

“The expeditioners were out in two small boats in Newcomb Bay collecting water samples for a research project, when the penguin porpoised out of the icy water and into the boat,” the government said later.

And this fella wasn’t the only unexpected visitor.

“Over the course of the day they had eight curious penguins drop in to check out their work!” the government added.

The “red” on the ice next to the penguin is regurgitated krill. The Adélie penguins gorge themselves on krill and then spit up what their stomach can’t fit in. #toomuchofagoodthing 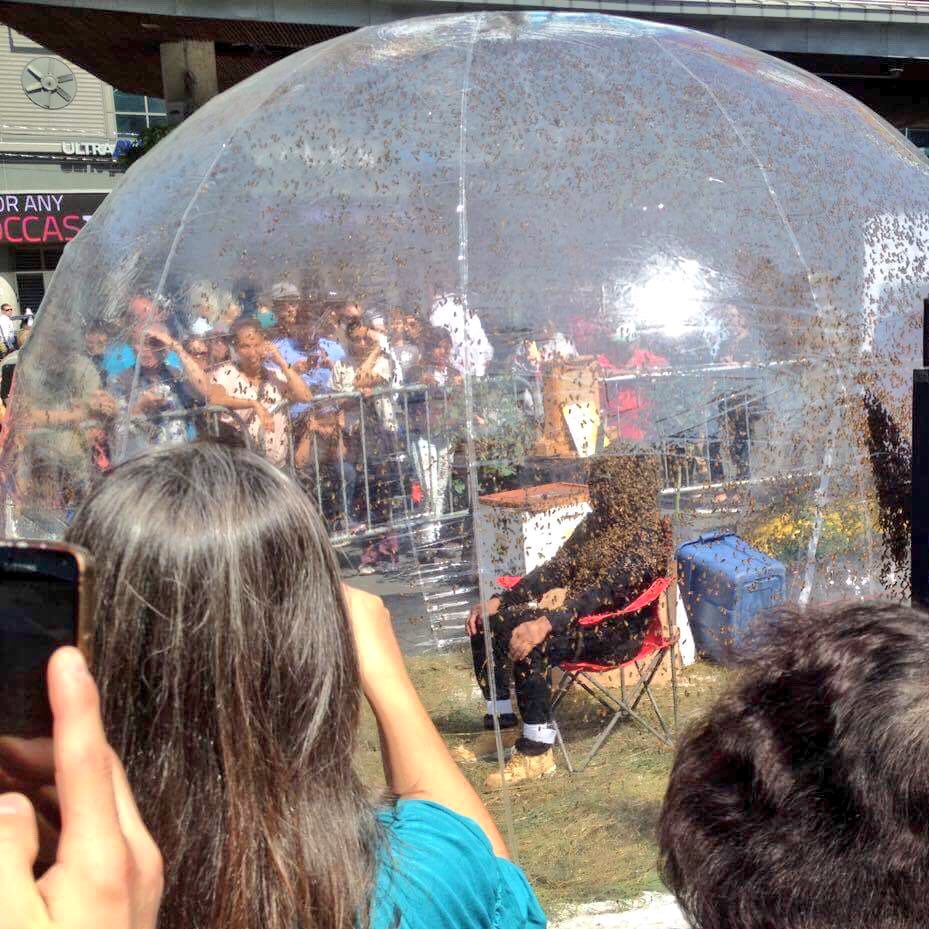 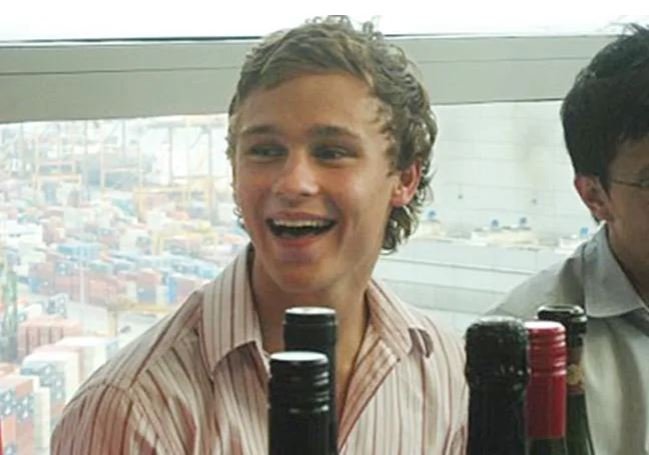 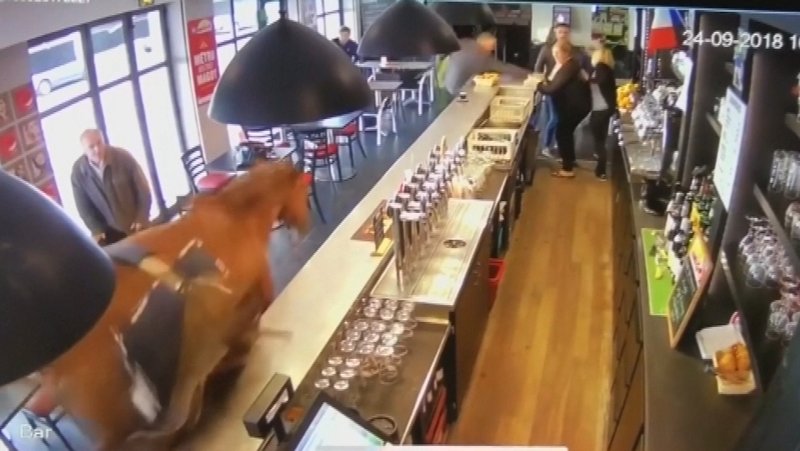