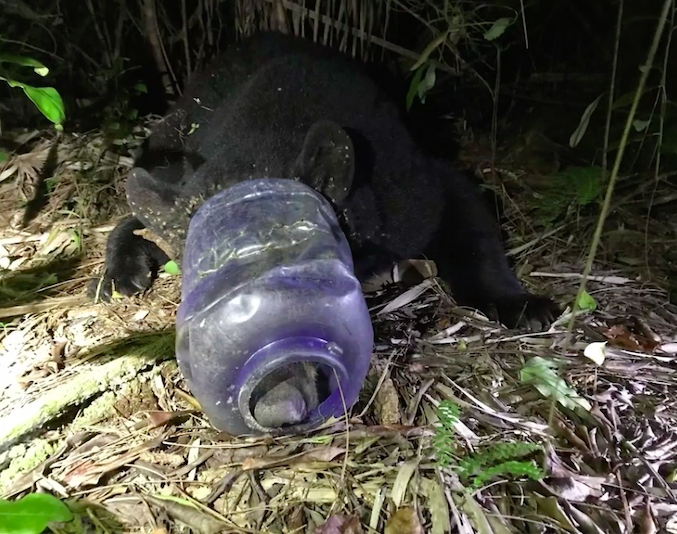 For one long month, an adult female bear was wandering around Collier County in Florida with a large plastic jug lodged on her head.

She was spotted a few times, prompting experts to set off on a search and set up traps. But it seemed hopeless. Finally, three weeks after he last sighting, the somewhat helpless animal was caught on security camera, still lugging around the container.

“They finally spotted the 250lb female bear just before midnight,” FWC explained on social media. “The bear biologist darted her and removed the plastic container from around her face.”

It was delicate work.

There was one saving grace of this uncomfortable head trap.

“We think it was part of an automatic pet feeder due to the hole near the bear’s muzzle,” officials explained. “Luckily that hole provided enough access to drink and eat. Even after 28 days of wearing it, the bear was still in great physical shape!”

Bear rescue from MyFWC Florida Fish and Wildlife on Vimeo.

But she did have an injured neck and face.

Staff cleaned the injury and treated her with antibiotics.

They monitored the bear for a day and a half to be sure she was healthy and able to eat and drink normally.

Then, she released by staff in a secure area of Picayune Strand State Forest.

It goes to show, it really takes a village.

Bear biologists, contractors, the Collier County Sheriff’s Office and local residents all worked together to locate and rescue the bear, Florida Fish and Wildlife added.

Officials are also reminding residents not to leave things around that might attract — and hurt — bears.

Here are some tips on being bear wise. 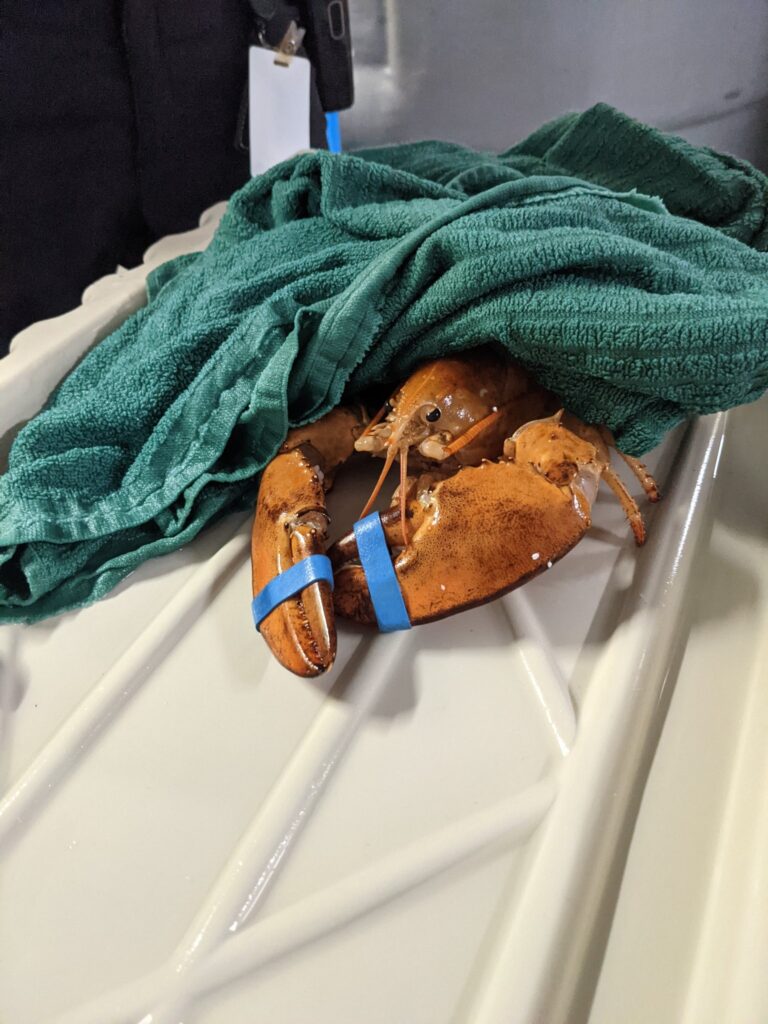 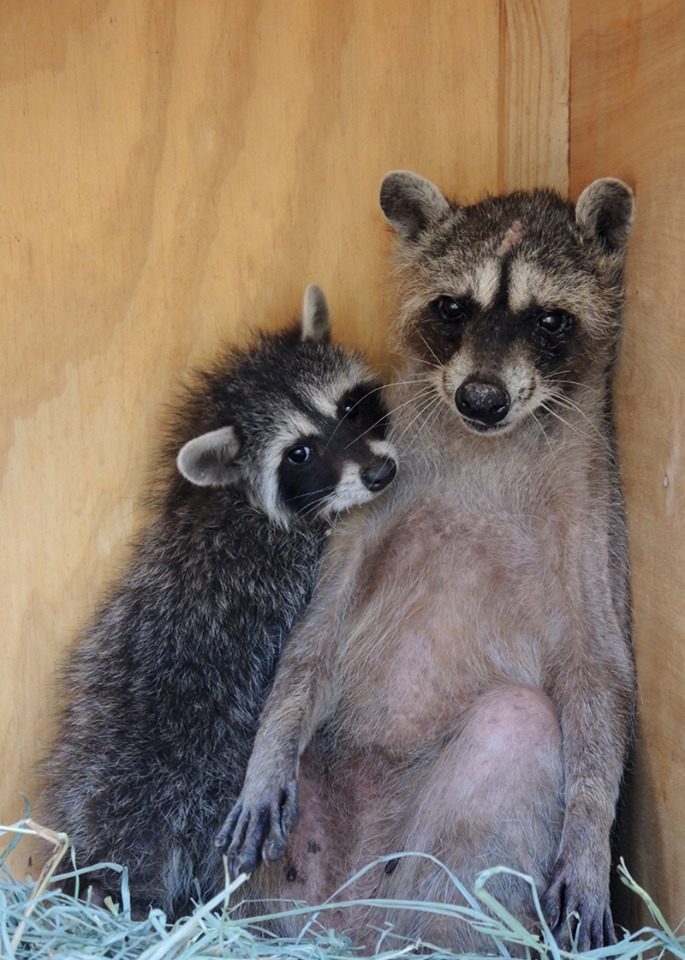