The Somali Sengi had been lost to science — until now.

Also known as the Somali Elephant-shrew, though it’s neither an elephant nor a shrew, the critter is the size of a mouse and is related to aardvarks, elephants and manatees, it has only been studied in the last half century through 39 museum specimens.

While there are some 20 species of sengis, the Somali Sengi was thought only to live in Somali, but with sightings in Djibouti in the Horn of Africa researchers say it means the Somali Sengli is also likely roaming around Somalia and Ethiopia.

The findings are published in the Aug. 18 peer-reviewed journal PeerJ.

“It takes somebody that’s motivated by passion for sengis to go out looking for this lost species,”  Steven Heritage, a research scientist at the Duke University Lemur Center and lead author on the paper, said in a statement. “They are not well-known animals, but when you see them, it’s impossible not to adore them.”

It’s true. They are unbelievably cute.

“What is related to an elephant but the size of a mouse, has hindlimbs built like a gazelle, & was lost to science since 1968?” the charity Global Wildlife Conservation posed to Twitter. “The Somali Sengi, an adorable elephant-shrew was recently rediscovered in Djibouti.”

The creature has been on the top 25 most-wanted list of the GWC’s search for lost species.

FOUND: What is related to an elephant but the size of a mouse, has hindlimbs built like a gazelle, & was lost to science since 1968? The Somali Sengi, an adorable elephant-shrew was recently rediscovered in Djibouti. @DukeLemurCenterhttps://t.co/xSZYutT0CT pic.twitter.com/NJZs0Kx21g

The expedition took place in 2019.

In total, researchers saw 12 sengis and captured photos and video of the teeny-tiny critter nestled among rocks and wandering around the desert, where scientists believe it has lived for 5.4 million years.

The Somali Sengi uses its long trunk-like nose to grub for insects. It also mates for life and sticks to a tight home range.

Researchers also reported some other good news for the future of the species.

The Somali Sengi’s habitat is so dry and inhospitable, people aren’t inclined to develop it or use it for agriculture, they suggested.

Robin Moore, one of the GWC’s search for lost species program leads, called it a “wonderful rediscovery during a time of turmoil for our planet.”

“Usually when we rediscover lost species, we find just one or two individuals and have to act quickly to try to prevent their imminent extinction,” Moore added in a statement.

And, it gives conservationists hope to find the other small mammal species on the GWC’s most-wanted list, such as the DeWinton’s golden mole, a relative of the sengi, and the Ilin Island cloudrunner. 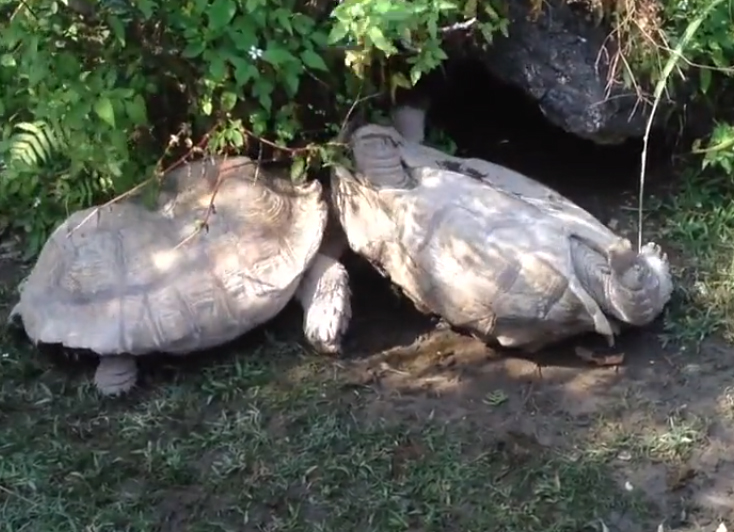