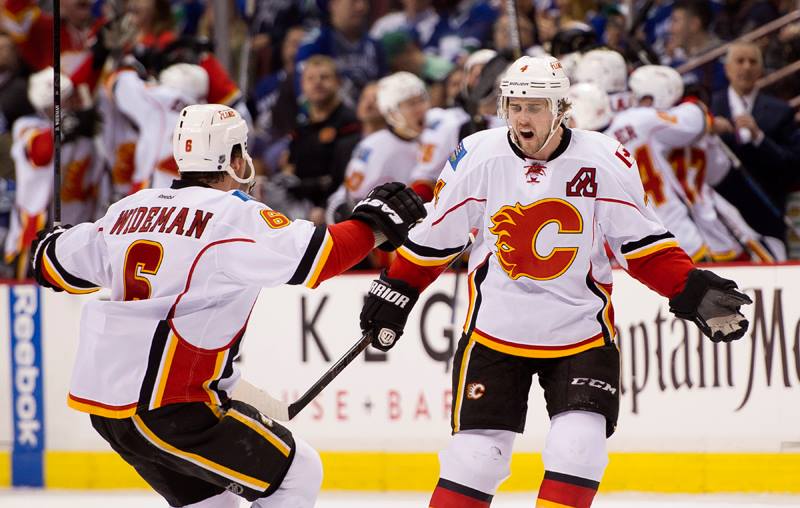 The first round of the Stanley Cup playoffs kicked off tonight and Calgary Flames defenceman Kris Russell emerged the game’s hero, scoring the game-winning goal with just seconds to go against the Vancouver Canucks.

But there’s another reason folks around Calgary, home to the world famous Calgary Stampede, love Russell.

He’s a farm boy from Caroline, Alta. His father was a rodeo bull fighter, who protected cowboys bucked off in the ring. And Russell also happens to own a bull. The 27-year-old named his bucking behemoth Red Mile, an homage to Calgary’s famous party and bar strip, which took off during the team’s 2004 run to the Cup.

That team lost in the Finals in game 7, but the current squad of young bucks is hoping to make up for that loss this time around. Maybe this is just one more reason to be bullish on a team that has already wowed the league.

Check out Red Mile in action on the Professional Bull Rider circuit, where he’s a champion bull.

For the record, the Flames downed the Canucks 2-1 in game 1. Game 2 goes Friday night. And, the Calgary Stampede runs July 3-12. 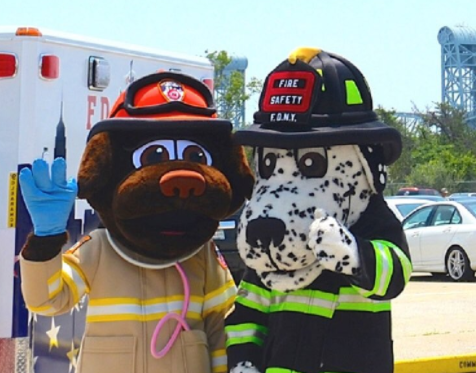 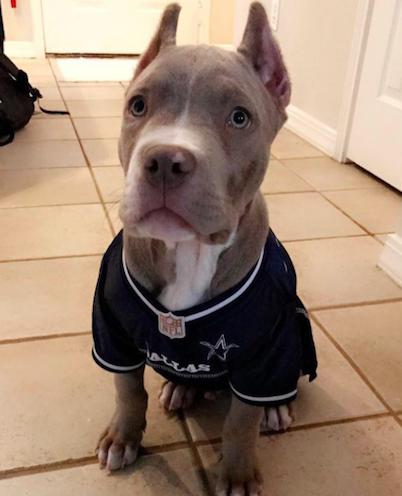