You know what they say: Never work with children or animals.

Prince Harry found that out recently when a celebrity Shetland Pony tried to nip his hand.

But don’t worry, he pulled his royal mitt away before any damage could be done. (And, may have learned a quick lesson in holding a hand by a horse’s muzzle without offering treats.)

But Prince Harry did offer the little horse a delightfully polite tsk-tsk.

Prince Harry and Ms. Markle are greeted on arrival at Edinburgh Castle by the Band of the Royal Marines and the mascot of The Royal Regiment of Scotland, Shetland pony Cruachan🐴 pic.twitter.com/3nzR9W6ZP5

Including some adorable moments with Cruachan, the pony.

Thank you to everyone who came out to welcome Prince Harry and Ms. Markle to Edinburgh Castle this afternoon. pic.twitter.com/1pzOiV1F0A 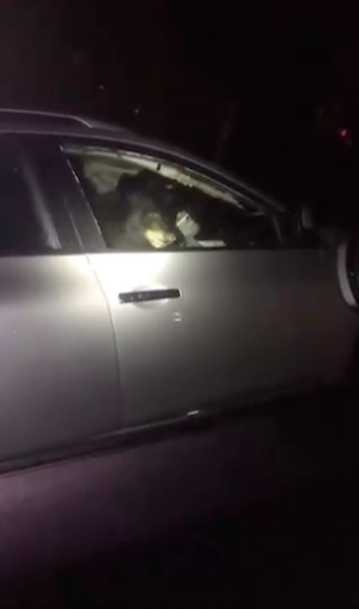