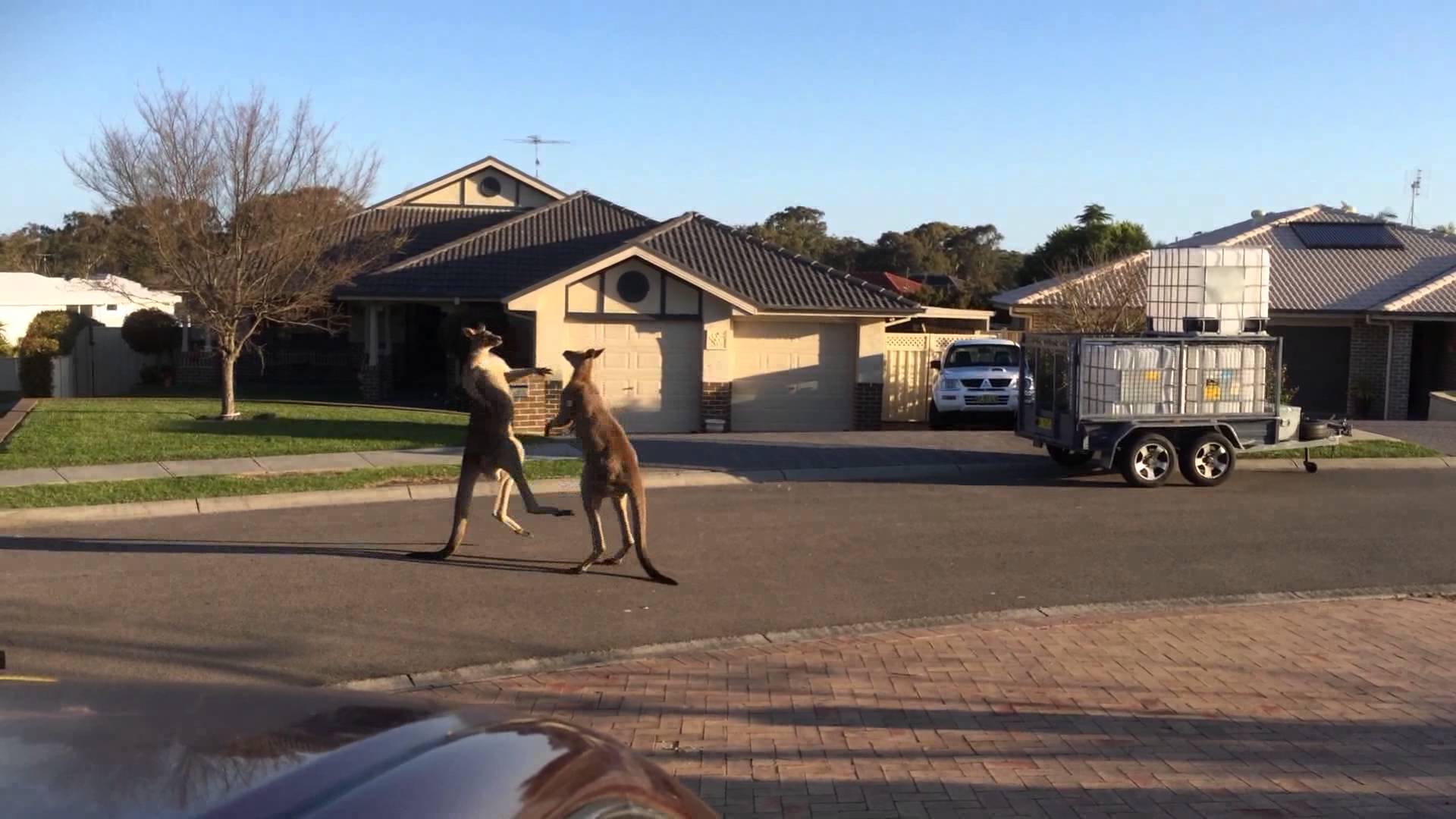 It’s not easy to tell fighting kangaroos to break it up.

As this YouTube video shows, when two kangaroos meet up, it’s a fierce fight. The two box it out and kickbox each other.

The encounter was captured on video as the action took place on a suburban street in New South Wales.

The fighting begins on the street and moves on to a driveway and front lawns, providing residents with a pretty cool show.

Not sure how it ends, but we’re pretty sure the two ‘roos didn’t hug it out.

And since we’re in kangaroo zone, watch this other video posted by Rodney Langham about the congregation of kangaroos on the street.