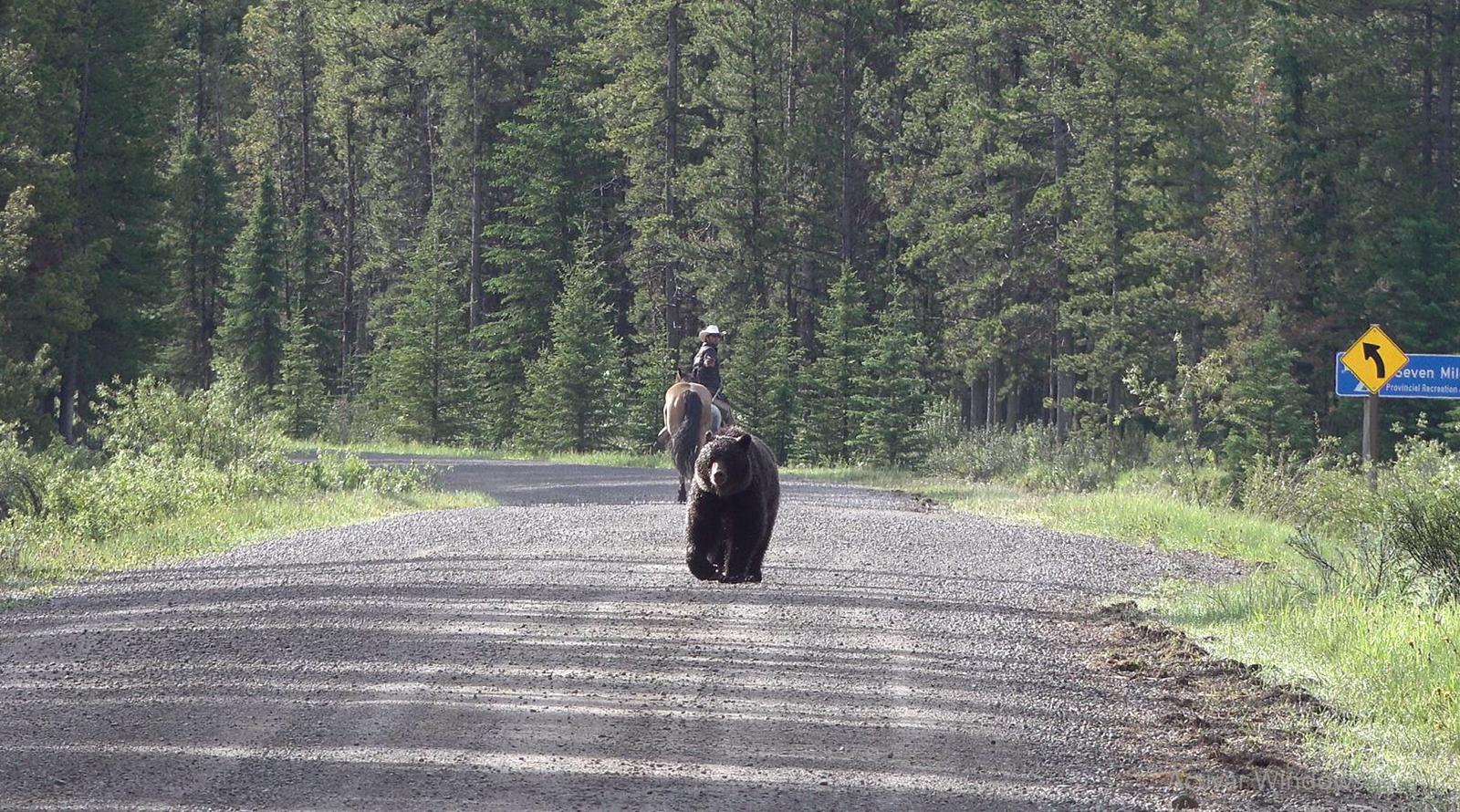 Brazilian cowboy Filipe Masetti Leite has been in the saddle for almost eight years riding over 25,000 kilometres covering 12 countries.

He’s the ultimate long rider currently somewhere in central Alberta on his way to Calgary to take his post as parade marshal for the Calgary Stampede.

Only this year, there’s no parade, because there’s no Stampede since the COVID-19 pandemic cancelled pretty much everything, everywhere.

But that’s not stopping Masetti Leite from taking the reins as parade marshal for this year’s instalment of the self-proclaimed Greatest Outdoor Show on Earth.

And neither is this bear.

Parade Marshal @filipemasetti is not always alone on the road to Calgary. An unexpected visitor joined him on the trail today! 🐻 pic.twitter.com/rt0oIdsbE6

Masetti Leite and his two horses, Mac and Smokey, came upon the bear Tuesday not far from a provincial recreation area near Caroline.

Masetti Leite began his adventure setting off from the Calgary Stampede grounds way back in 2012.

His family moved to Canada from Brazil when he was a teenager. He went on to study journalism and jump into long rides.

His first epic trail ride was set off from the Calgary Stampede to head back to his home in Espirito Santo do Pinhal, Sao Paulo some 16,000 kilometres away.

A few years later, he rode more than 7,000 kilometres between Brazil and Patagonia.

And this latest trek began in Alaska.

His destination — the Stampede — was picked for his final ride long before he even knew he would join the ranks of prime ministers, premiers, sports figures and entertainers including William Shatner, Walt Disney and Bing Crosby. as parade marshal

And, before a pandemic would put the world-famous rodeo and pageantry on hold.

“To be named the Calgary Stampede parade marshal is the biggest honour of my life. I can’t wait to ride into Calgary on July 3, even if no one is watching,” Masetti Leite said in a statement.

Along the way he wrote a book, “Long Ride Home: Guts and Guns and Grizzlies, 800 Days Through the Americas in a Saddle.”

His second book, “Long Ride to the End of the World” is set to be released July 3.

That’s same day he’ll ride into Calgary on what should have been the kick off to Stampede with Masetti Leite leading the parade.

Update: @filipemasetti is getting closer!

Who else is planning to celebrate #Stampede2020 like never before? pic.twitter.com/Mm7YxQYkow

And his hide intact — even after this week’s encounter with the bear.

“We are stronger than our fears,” he wrote on an Instagram post along with photos of the encounter.

His girlfriend is his support driver along for the ride on this final long ride journey.

There really is no stopping Masetti Leite — or the Calgary Stampede spirit.

Because as every rider knows. If you get bucked off. You dust yourself off and get right back on.

For 8 years and nearly 25,000 km, Filipe Masetti Leite has ridden alone. But this week, he was joined on the long road to Calgary by President & Chairman of the Stampede Board, Dana Peers.

We're proud that he's working hard to achieve his dreams, despite the circumstances! pic.twitter.com/vP4wbBfVcc 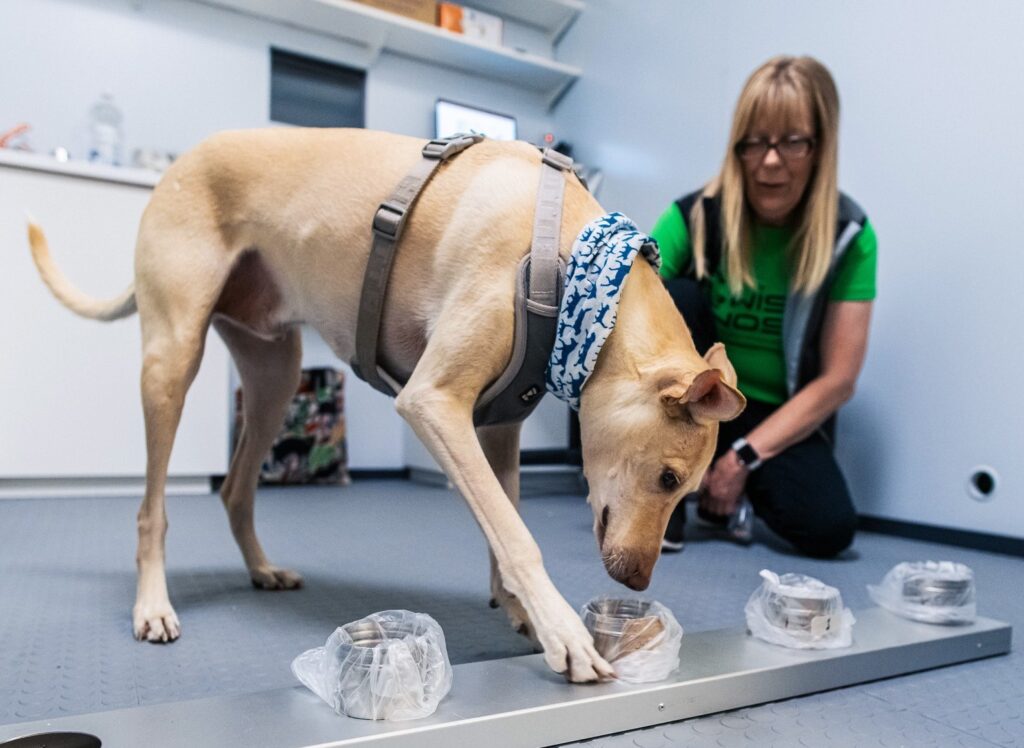 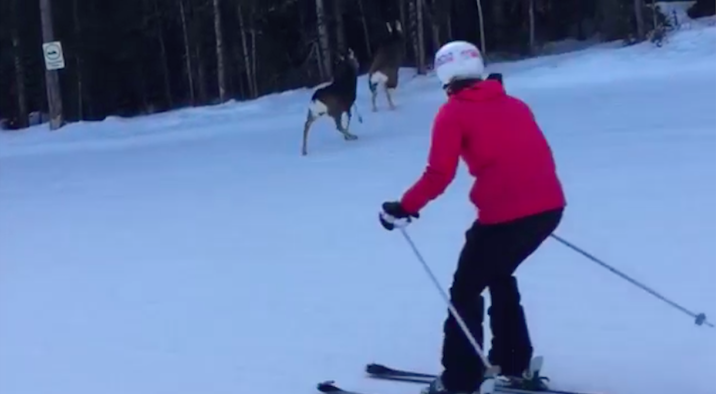