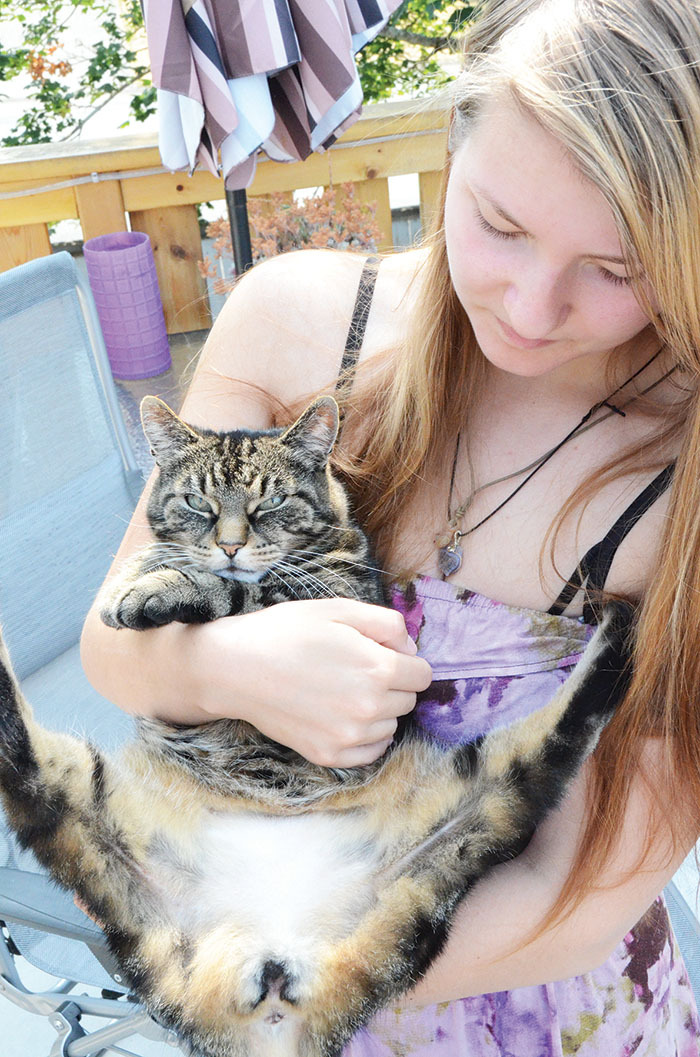 No surprise but cats lick themselves. But could a cat lick her belly to expose a perfectly square patch?

Or is there a more diabolical reason?

Tabby, a 12-year-old cat has been acting odd lately, growling and refusing to eat.  That’s when her owner Jo Jo Yarjau noticed what looked like a shave spot on her cat’s belly.

Three times Tabby, a nighttime outdoor cat came home with weird shaved spots. The second time after the square patch on her was noticed, she came home with her upper legs and base of her tail shaved. Her nipples were also cat.

The last time, Tabby returned with another shaven area on her belly. Yarjau put a call out on social media about the situation, and found others in her area had similar experiences.

Vance Assu, who lives around the corner on Beaver Lodge Road, says his four-year-old cat Twilight has also been through this.

Like the first time Yarjau noticed Tabby acting strange, Assu says it started earlier this year, “in February or March.”

Twilight suddenly came home one evening with “a strange mark on his abdomen on his right side,” Assu says. “It looked like a perfectly shaved box shape.”

The very next night, Twilight returned home with another shaved spot closer to his tail at the bottom of his back.

A third time, Assu says, “it looked as if someone grabbed his tail and tried to cut it clean off, and there were clear shaven marks at the base of his tail.”

Yarjau said some people have suggested Tabby is ripping her own hair out or blaming pesticides on neighbours’ lawns for causing the patches of skin to be exposed.

But the precision and meticulousness of the hair loss has convinced Yarjau that the work is being done by a human, she told the Campbell River Mirror. 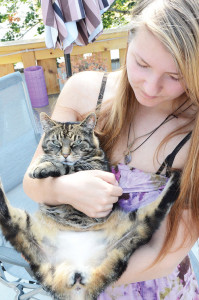 “It’s a pretty clean shave…They did a pretty good job holding my cat down. It must’ve been, like, a two man job.”

Pesticide or self-grooming also wouldn’t explain the cut nipples discovered after this most recent experience.

Yarjau also feels whoever is doing it must get some kind of sick pleasure out of it.

“She won’t come up to people. She’s not one of those cats…whoever it is must be luring her with food.

Whatever the reason for this disturbing trend, Yarjau says, she just wants the community to be aware that this is happening.

The Yarjau’s have changed their habits with Tabby, and she thinks other people might want to consider doing the same.

“We only let her out at night now because it’s never happened at night. She’s not allowed to wander during the day anymore, because one day she just might not come back. 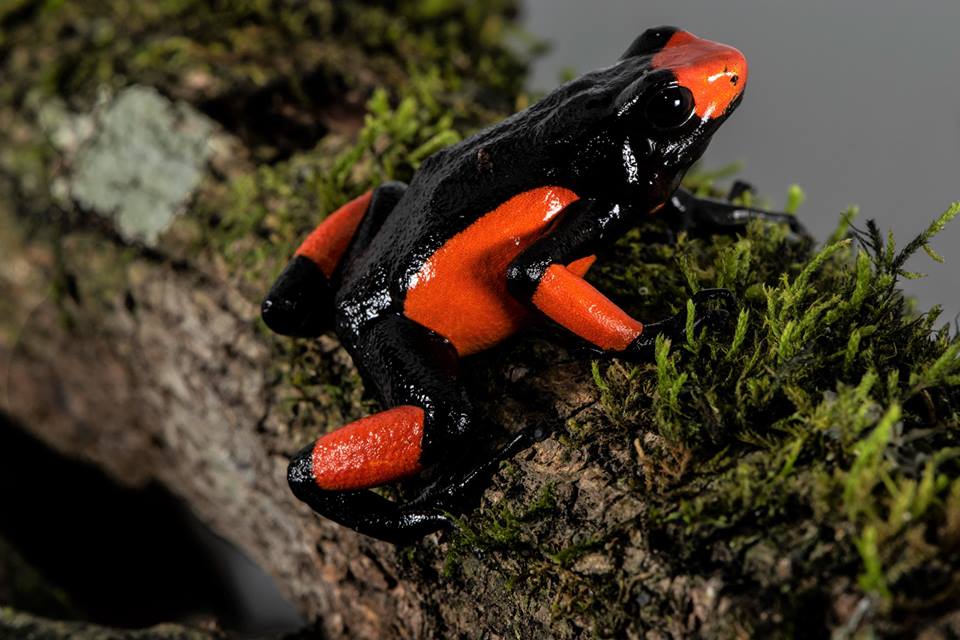 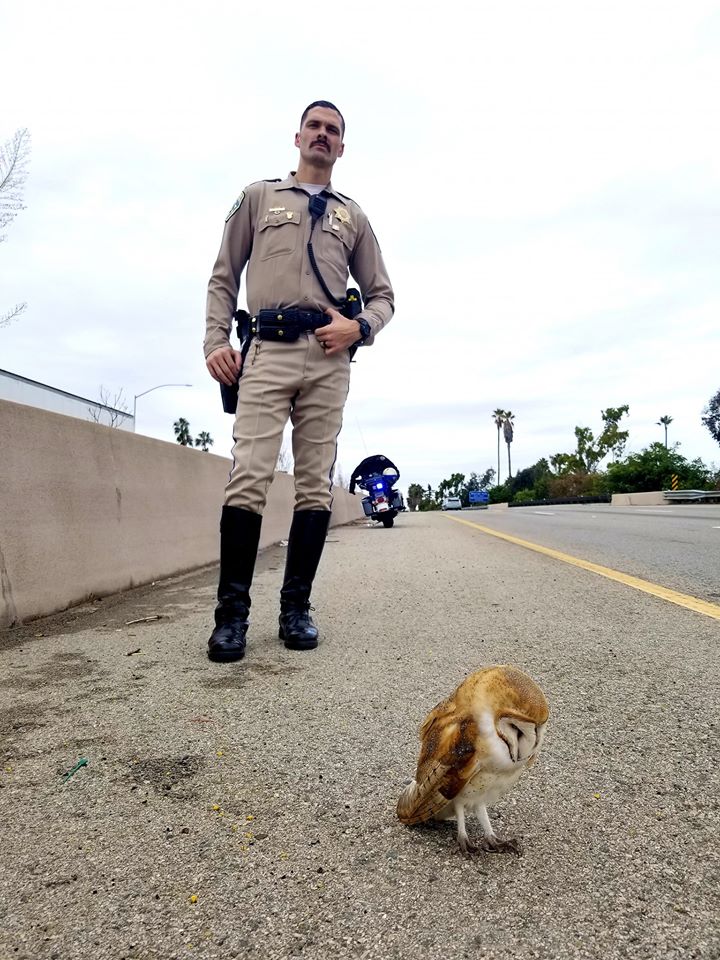