Kelin Flanagan and Spencer Taubner, of Edmonton, Canada got their romantic engagement photo shot and then some when a ground squirrel popped up during their kiss.

The couple were hiking in Banff National Park at Helen Lake last Saturday as part of a planned professional engagement photo shoot.

Their hope was to have the shot high in the mountains. But as storm clouds rolled in, Flanagan and Taubner and their photographer Marcin Karpowicz  decided to do the shoot off the trail on a lookout instead.

As the couple perched on the spot, they were soon surrounded by visitors as ground squirrels ran up and down through the rocks around them.

We were trying to be a little bit quieter not to scare them off, but they were pretty bold on their own. They were definitely not shy about coming up and seeing what we were doing,” Flanagan told the CBC.

While we were concentrating on looking attractive for the camera, one of the squirrels stuck his face right in front of the giant lens, which resulted in the beautiful picture.”

Squirrels have a penchant for popping up in photos. In 2009, a squirrel photobombed a Minnesota couple’s shot and then there was this story from two years ago.

Flanagan said he and his fiance love the shot and it reflects their personalities. They’re mountain lovers who don’t take things too seriously.

When they showed the picture to their parents, their mothers’ reaction was that the photo was photoshopped.

Their engagement photo will be used in the couple’s wedding this September.

Take a moment too to check out the photographer Marcin Karpowicz’ website. 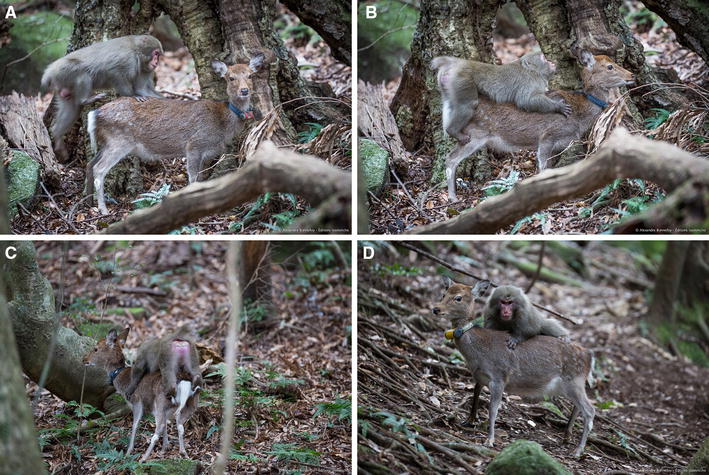