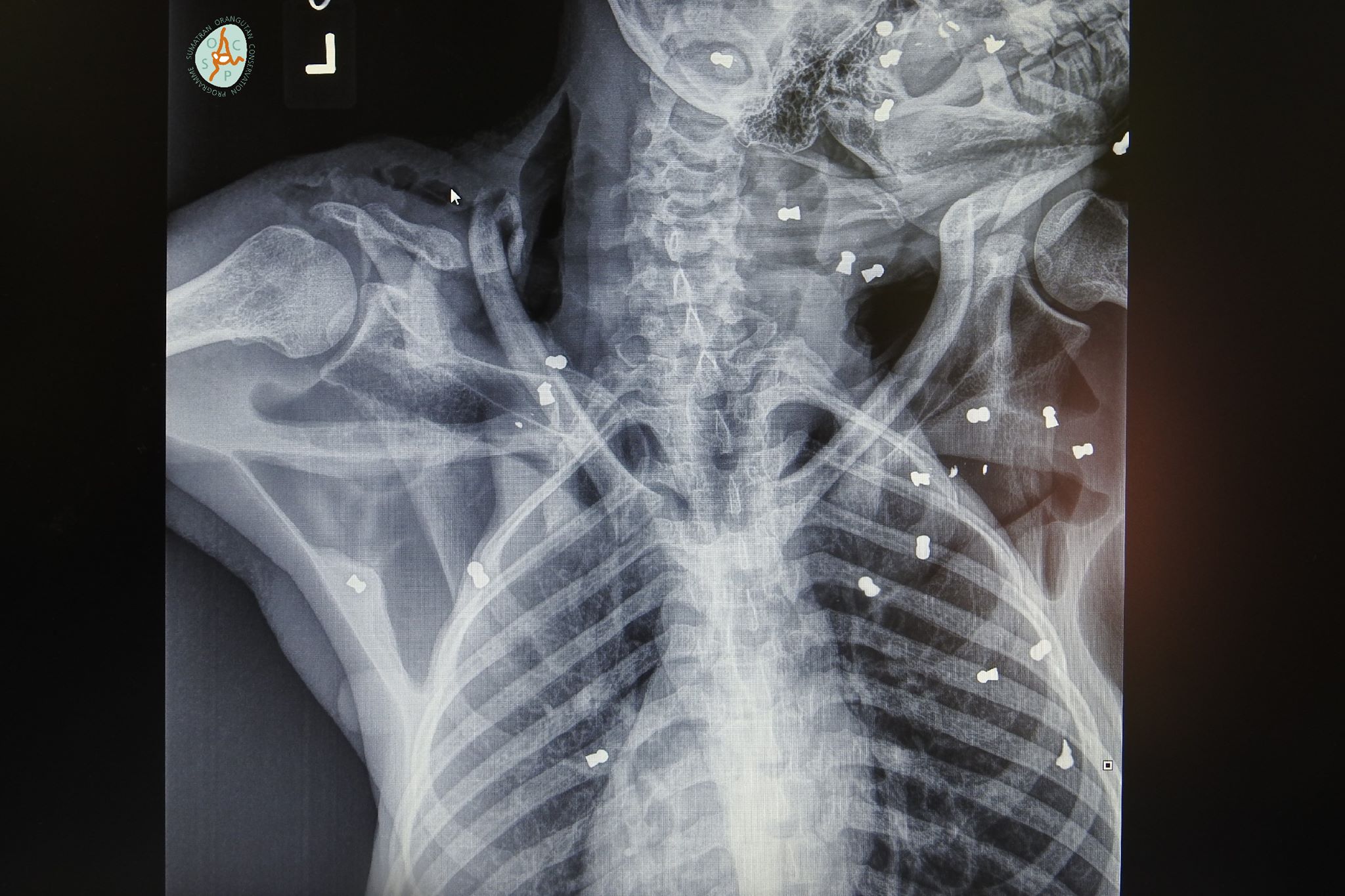 Hope was near death when found by villagers on Indonesia’s Sumatra Island.

X-rays later revealed 74 air rifle bullets throughout her body, including in both eyes leaving her blind, as well as with broken bones. The severely wounded adult orangutan, named Hope by rescuers, was also nursing a seriously ill weeks-old baby when they were discovered in Aceh province’s Subulussalam district earlier this month.

“We know this adult female orangutan just lost her little baby when still doing breast feeding,” the group said in a Facebook post March 12. “Unfortunately the baby took his last breath on the way to the quarantine center yesterday, due to serious traumatic and malnourished condition.”

“According to our vet, Hope will need a long time care and recovery treatment,” the organization said.

Hope was placed in isolation.

And, she is healing.

“She is starting to eat some fruits and drink milk,” SOCP added. “But she’s still in the intensive care cages.”

Hope is a victim of conflicts with people as well as “human brutality,” according to SOCP.

Hopefully, she’s in safe hands now, but unable to ever be released back to the wild.

There are just 13,400 Sumatran orangutans left in the wild and the species is on the International Union for the Conservation of Nature’s Red List as critically endangered. Habitat loss, industrial development and poaching is wiping out the species.

“74 air rifle bullets, damaged eyes, fractured bones, sharp tool wound and not to mention a deep traumatic condition, yet she doesn’t give up,” the centre said. “Hope will not be the last one, but she taught us to be strong enough to save more and more orangutan in need.” 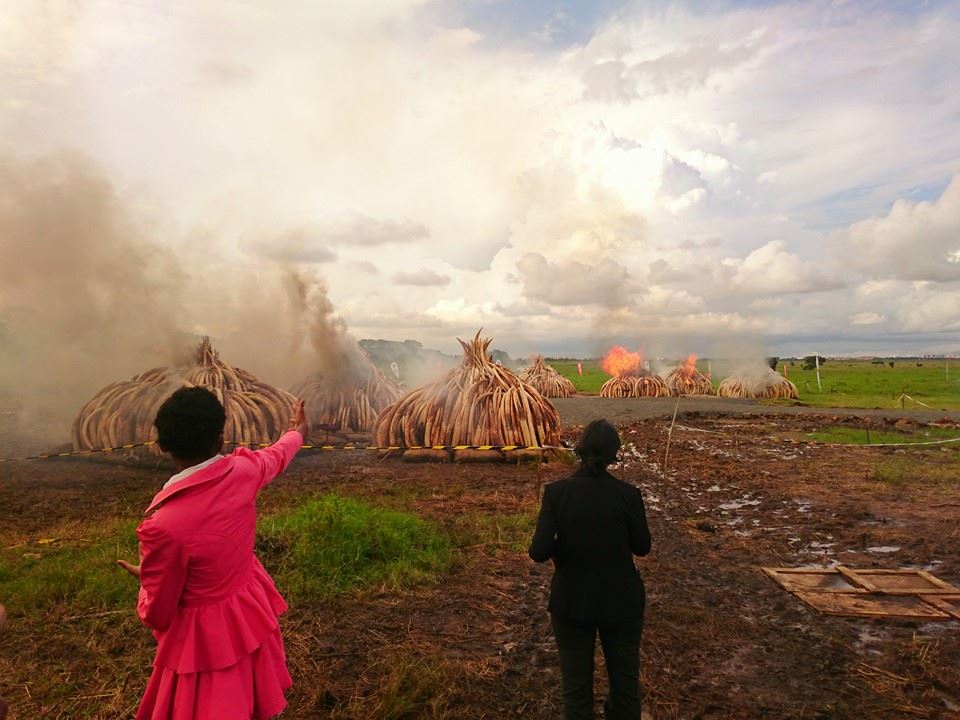 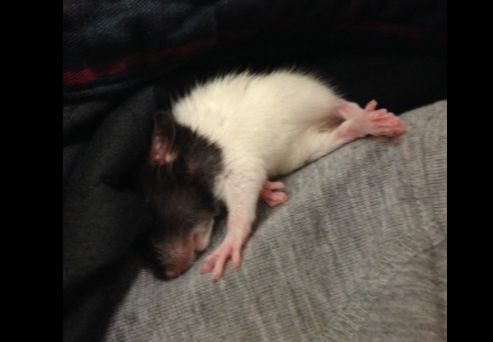 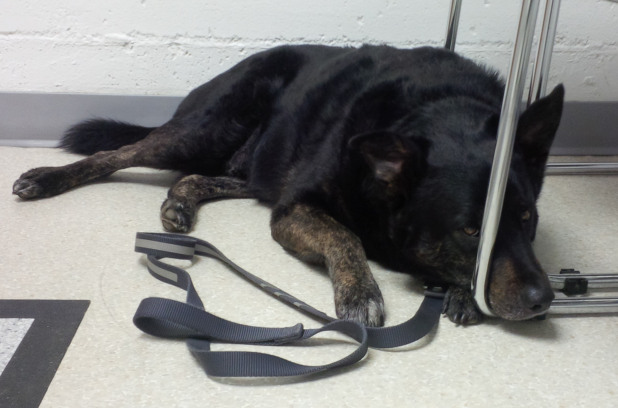